When it comes to stand out Formula 1 cars, it’s all too easy to think only of machinery that won a bunch of races or went all the way to world championship glory.

But 1989 witnessed a car, the Ferrari 640, that was just as important for shaping F1's future technology, even though it suffered a fair share of hiccups along the way.

This day on that year was another classic example, as the car proved quick at the United States Grand Prix but would suffer yet another retirement with a recurring alternator problem.

Put simply this was a case of famed technical director John Barnard pushing the boundaries over what was possible in F1. His solutions changed the game, proved challenging to master but once sorted are still used to this day.

The Ferrari 640 was actually the product of almost two years worth of design time, with the stillborn 639 supposed to finish out the 1988 season and give Ferrari a head start as F1 closed the turbocharged chapter.

However, it was decided during 1988, much to Barnard's derision, that the team would press on with the 88C. As such, Barnard would go on to use that time to build on the foundations of the 639 and integrate more fresh ideas that he hoped would push Ferrari forwards. 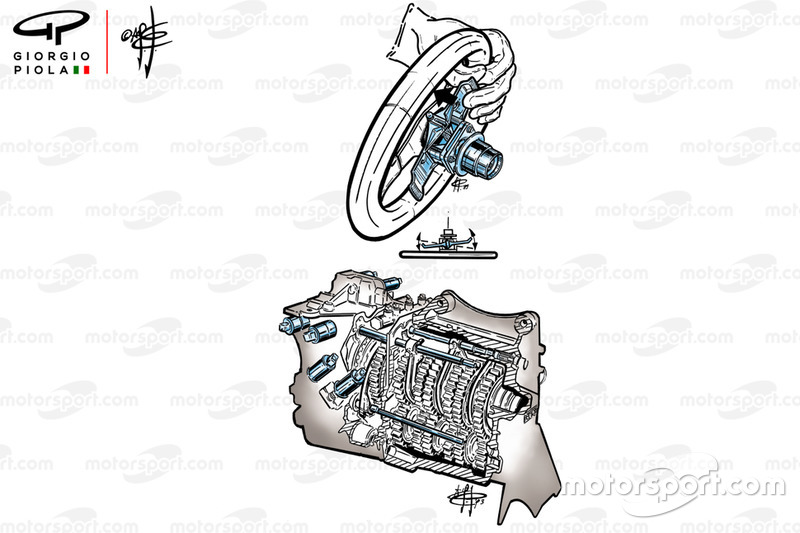 Rather than use a manual gearbox, the 640 was fitted with a semi-automatic sequential gearbox. However, whilst most might assume that the net goal behind its introduction was to improve the speed of shifts, it was actually done for packaging and aerodynamic reasons, with Barnard keen to make the cockpit even narrower.

The first of its kind, the gearbox was fraught with complications. But Barnard started to see how potential pros and cons he'd not initially begun to think about now began to stack up in the positive category.

The paddle shift gearbox would not only allow a narrower monocoque due to the disposal of the gearshift lever, but also due to the lack of clutch pedal the front of the chassis could be more compact too. It would also safeguard the powertrain, with the electronics preventing the driver from crashing into a gear that could send the engine into a million pieces.

Barnard initially proposed the use of just two buttons on the steering wheel to change up and down the gears. But it was Piero Lardi Ferrari who made the suggestion of paddles on the rear of the wheel, making it even easier for the drivers to make a gear change without the need for his hands to leave the wheel.

Now ubiquitous, Barnard had numerous obstacles to overcome with the sequential gearbox. This included internal politics at Ferrari that even led to a version of the stillborn 639 being converted to accept a manual gearbox.

Having cut away a section of the monocoque to install a gear lever in the narrow gearbox it was Nigel Mansell who would put the final nail in the coffin, suggesting he preferred the 640's paddle shift arrangement.

That first season using the semi-automatic gearbox still wasn't plain sailing by any stretch of the imagination though, as the Ferrari drivers both suffered a spate of gearbox related failures – many of which were traced back to the alternator.

Barnard put immense pressure on Magneti-Marelli to beef up the alternator, as it was long assumed it was getting too hot and responsible for not putting enough electricity back into the battery.

However, it would be later found out to be an issue caused by the V12 engine, designed with only four main bearings on the crankshaft as a way of reducing frictional losses. Unfortunately the design created an imbalance that caused the alternator belt to skip on the pulley, thus impeding the alternator's ability to generate electricity. 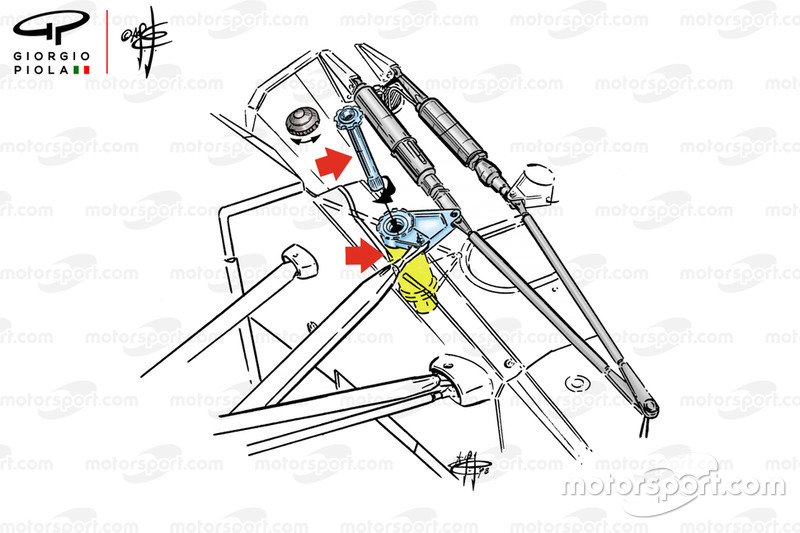 The Ferrari 640 also featured another solution that is now used up and down the pit lane - torsion bar suspension. This being another product of Barnard's quest to improve packaging, with the conventional spring and damper arrangement set to disturb the 640's lines, something that was both aesthetically and aerodynamically unsettling to him.

As such, he set about finding a way to repackage the suspension in order for it to offer the same, if not better handling characteristics. He settled on the torsion bar but once again, but knew he'd have to engineer his way around a problem, as the preconceived notion was drawn that it would require extremely long bars to accommodate the necessary forces.

At approximately 20cm in length, the torsion bars used by Barnard in the 640's suspension were not only much more compact but also lightweight. They were also more progressive and when setup changes were required it was a very simple process when compared with the older, more cumbersome alternatives. 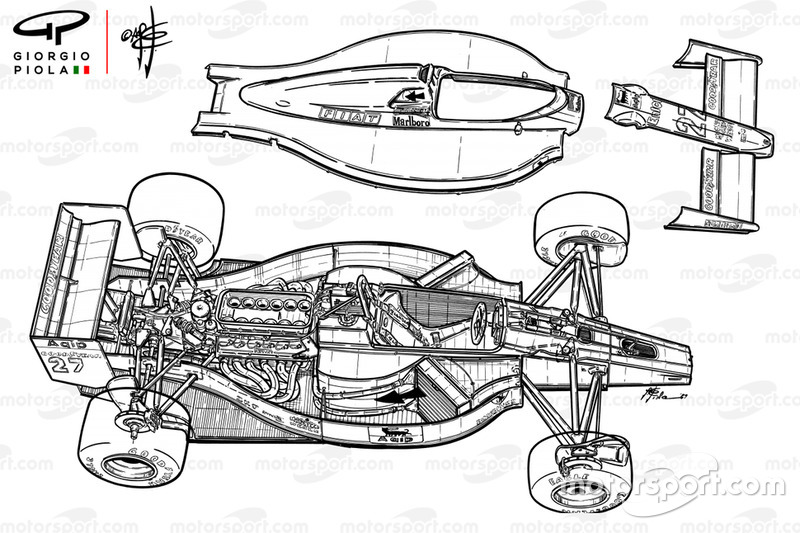 Another key design factor, one that the 640 is perhaps less famous for but undoubtedly pivotal in, is the use of the coke bottle style bodywork and rearward cooling outlet.

The car's wide midriff pulled in more tightly around the engine and the airflow carried through the sidepods to cool the car was evacuated out of the rear, rather than outlets on the top or sides of the sidepods as had been used by everyone up until this point.

The Ferrari 640 was not a particularly successful car, with just three wins coming its way. Nigel Mansell won on the car's debut in Brazil and would add a victory in Hungary later on, while Gerhard Berger would triumph in Portugal.

However, its impact on the sport is perhaps as far reaching as the carbon monocoque that Barnard created for the McLaren MP4 before it, as fragments of the 640's DNA are heavily intertwined with the cars raced today.

Ferrari "definitely not as quick as in Monaco" - Sainz