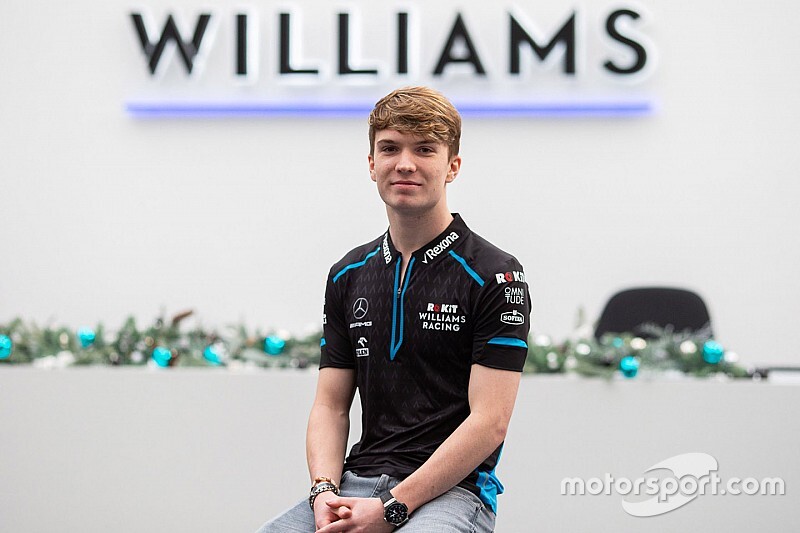 Ticktum spent the second half of 2019 on the sidelines after losing his Super Formula drive early in the year when Red Bull dropped him from its own F1 programme.

However, the 2017 McLaren Autosport BRDC Award winner returned to racing in Macau for the FIA Formula 3 showpiece event, and has secured a Formula 2 drive with DAMS for 2020.

Ticktum told Motorsport.com in Macau that he had interest from F1 teams and Williams has now announced that the 2018 European Formula 3 runner-up will join its driver academy.

The former Red Bull F1 tester will be "fully immersed" in the team at races and at its factory, combining a "busy" simulator programme with attendance at two grands prix in 2020.

"It is a privilege to be joining the Williams Racing Driver Academy, especially given Williams' incredible heritage in our sport," said Ticktum.

"The time in the simulator and experience working with the team will prove invaluable for my development.

"Being fully integrated into the operations will be a fantastic opportunity and I look forward to assisting wherever I can."

"His ability behind the wheel has been demonstrated with back-to-back successes at the prestigious Macau Grand Prix in 2017 and 2018.

"Dan's technical expertise will prove invaluable to the team and we are looking forward to helping him grow and develop in 2020."

Ticktum told Motorsport.com last month that "if I can't get to F1, I'll probably - unless I get a very good deal in something else - forget motorsport".

His Williams deal, aligned with racing in F2 for the first time next year, represents a chance to restore his grand prix racing ambition after losing Red Bull's support.

The energy drinks company had backed Ticktum full-time since 2017, though the Briton had also run as a Red Bull athlete in MSA Formula prior to receiving a one-year racing ban for an incident during a safety car period.