On this day in 1969, Jackie Stewart won the Spanish Grand Prix at the infamous Montjuic circuit – setting a record that still stands today.

By:
Jan Sergeant
Listen to this article

His winning margin that day of two laps over his nearest rival – which was especially impressive considering the length of the track – has not been beaten since.

Here we take a look at the five biggest winning margins through the years. 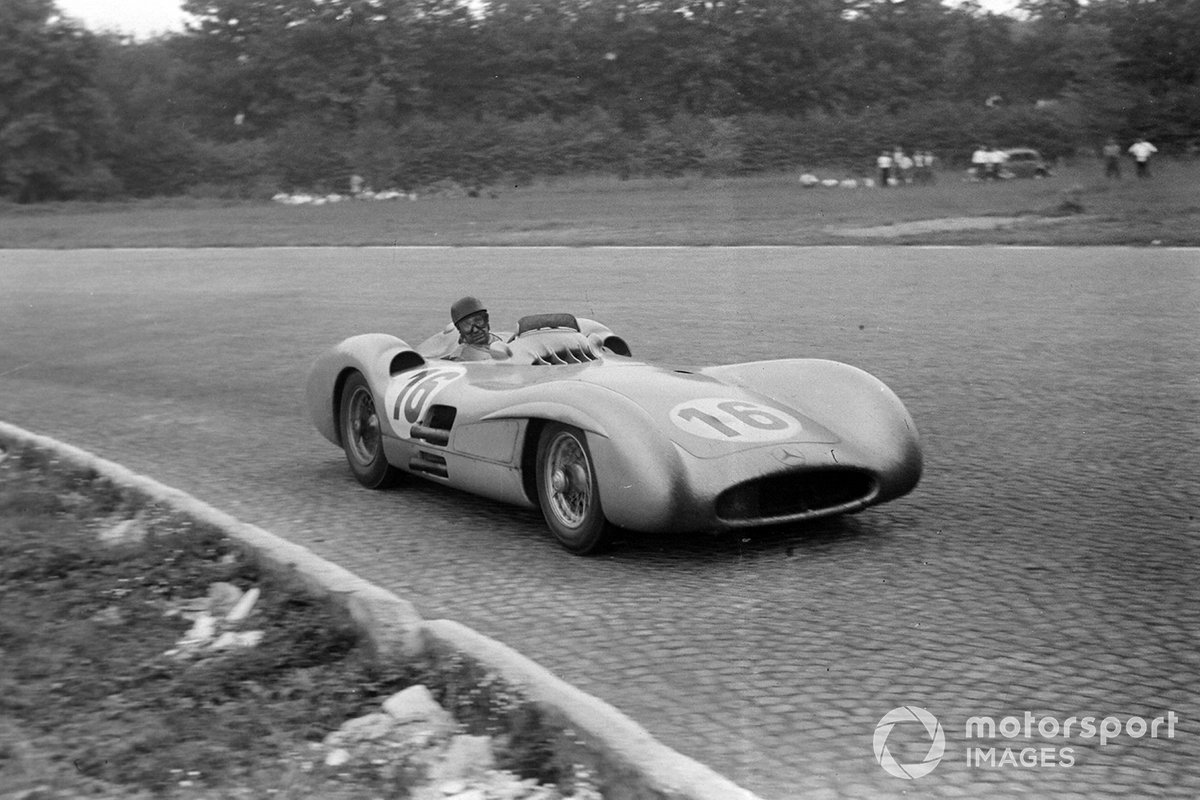 The 1954 Italian Grand Prix was the penultimate round of the championship and Juan Manuel Fangio had already won his second world title.

Fangio started from pole position in his Mercedes W196 by being just 0.2s faster then Alberto Ascari in his Ferrari 625, but had to fight for the win during most of the race

The race lead changed four times between Karl Kling, Stirling Moss, Ascari and Fangio, but the world champion took the lead for the final time on lap 68 and won by one lap from Mike Hawthorn. Such a gap at the time was not that unusual. 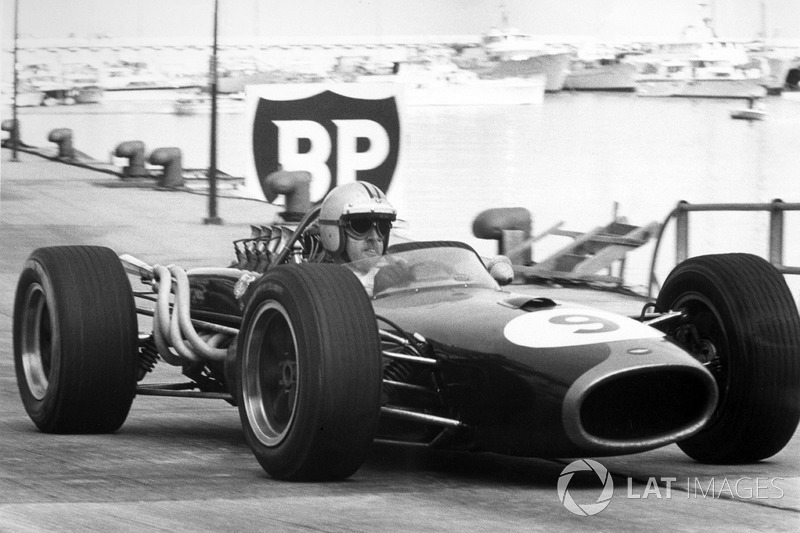 In the 1967 Monaco Grand Prix, Jack Brabham had put his Brabham BT-19 on pole position, just 0.7s faster than Lorenzo Bandini in his Ferrari.

Brabham’s hopes of victory were dashed on Sunday by engine problems, so it was teammate Denny Hulme who turned the strong pace in to the win.

Hulme, who had started from fourth, had taken the lead on lap 15 from Jackie Stewart and pulled clear – finishing one lap (more than three minutes) ahead of Graham Hill.

The day will sadly be remembered, however, for the fiery accident that claimed the life of Bandini. 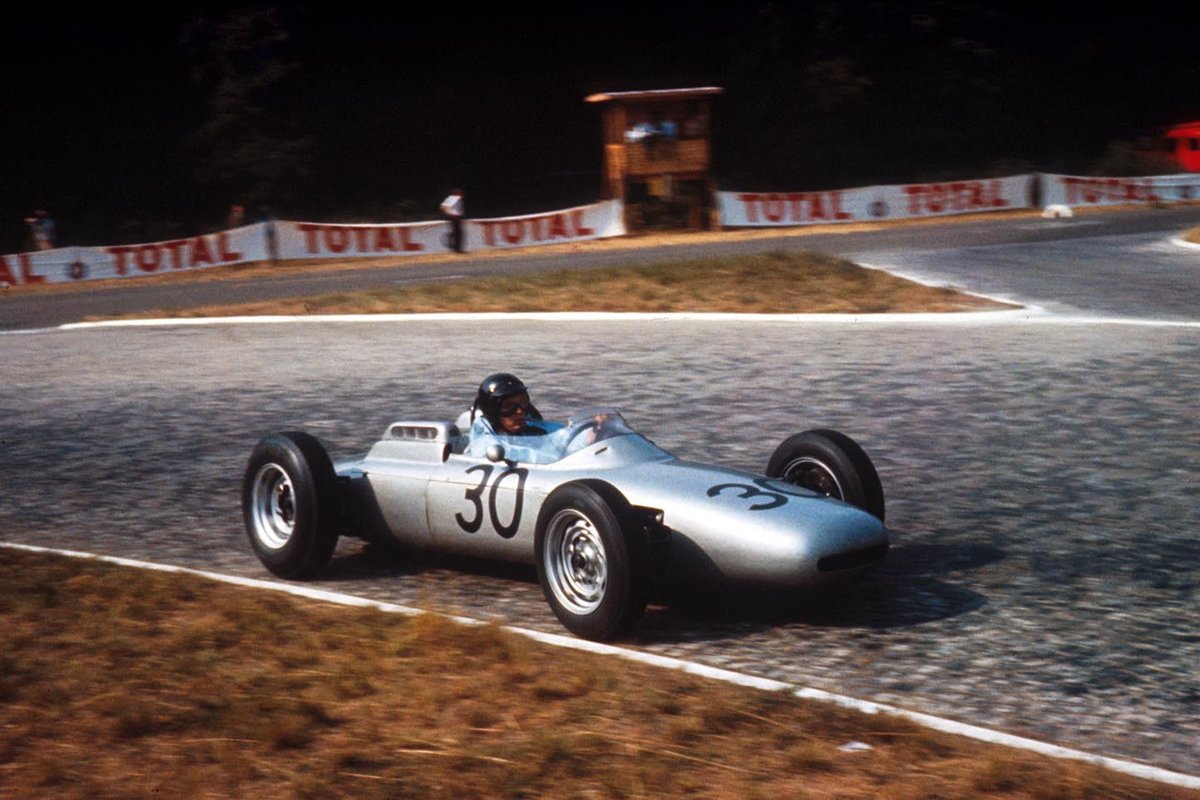 In 1962, the French Grand Prix was held at Rouen where it looked like the battle for the title was going to be between Graham Hill, Phil Hill and Bruce McLaren.

But it was someone that hadn’t score a point until that round that was going to leave everybody behind that day: Dan Gurney.

The American had qualified his Porsche only sixth with a time that was 1.7s slower than Jim Clark’s pole position. Until lap 41, Graham Hill had led most of the race but then he stopped his car with fuel injection and throttle troubles to give the lead to the charging Gurney.

None of the other racers who were still in it were able to put up a fight, and Gurney would finish one lap ahead of Tony Maggs in his Cooper-Climax. This was Dan Gurney’s first and most dominant win of the four he was going to achieve in his F1 career. 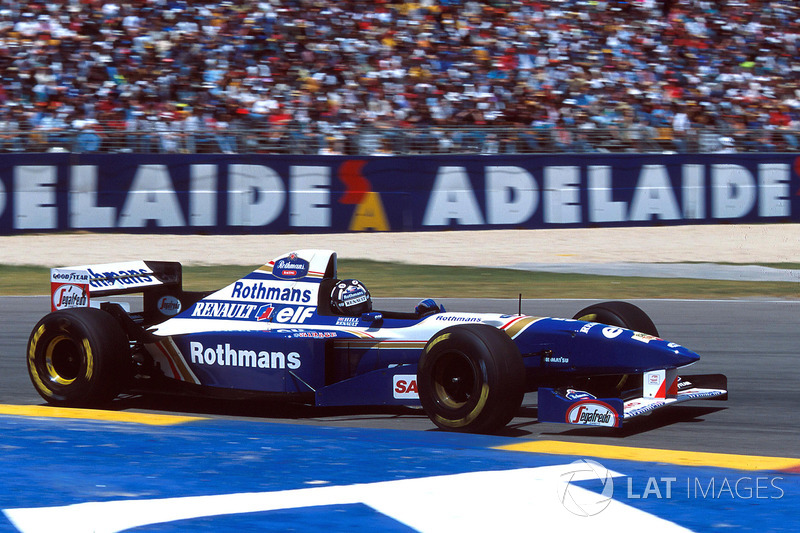 The ’95 Australian Grand Prix in Adelaide was the final round of the season, and the championship was already decided in favour of Michael Schumacher. But that didn’t mean the last event of the year was a dull affair.

But it was Coulthard who took the lead at the start before crashing his car on lap 19 when entering the pitlane for his first pitstop.

Michael Schumacher took over from Coulthard, but the then double world champion had a collision with Jean Alesi’s Ferrari on lap 23, handing over the lead to Damon Hill.

The afternoon proved to be a race of attrition after that, with only eight cars finishing because of a variety of circumstances. In the end, Hill would finish two laps (almost three minutes) ahead of Olivier Panis in his Ligier/Mugen-Honda. 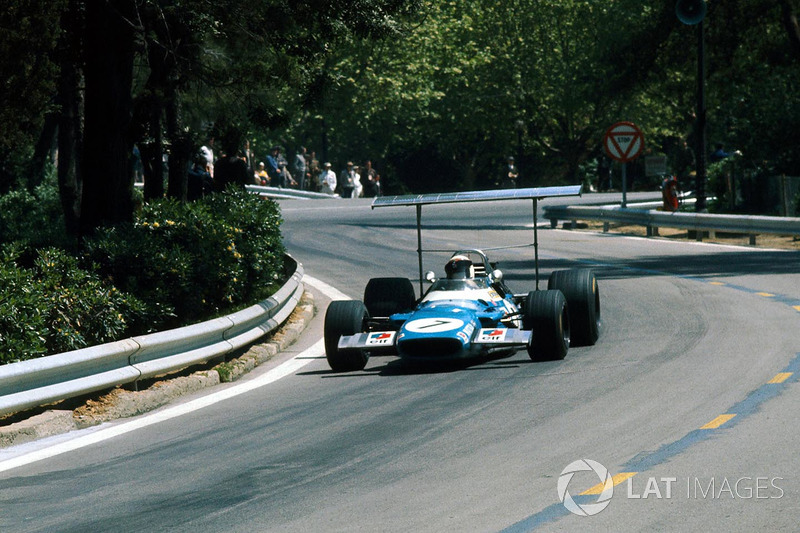 The Montjuic event was the second round of the 1969 F1 World Championship, and Jackie Stewart had already won the first race in South Africa in his Matra-Ford.

His qualifying performance for the Spanish GP wasn’t that great and he had to start from fourth on the grid, while Jochen Rindt scored pole position in his Lotus-Ford.

Stewart fell further back at the start, losing two places on the opening lap, but from lap seven onwards he charged his way to the front – taking the lead from Chris Amon on lap 56 when the New Zealander’s engine gave up.

Stewart never looked back in his mirror and disappeared from the rest of the field, lapping second place Bruce McLaren twice. His winning margin was effectively almost four minutes.

Racing Point: F1 cost cap can be a performance "leveller"

Who was the fastest driver in 2022? Everyone has an opinion, but what does the stopwatch say? Obviously, differing car performance has an effect on ultimate laptime – but it’s the relative speed of each car/driver package that’s fascinating and enlightening says ALEX KALINAUCKAS