We conclude the first half of our Top 20 stories countdown with one of the most memorable images of the Formula 1 season, which came courtesy of an irate Sebastian Vettel in Canada. 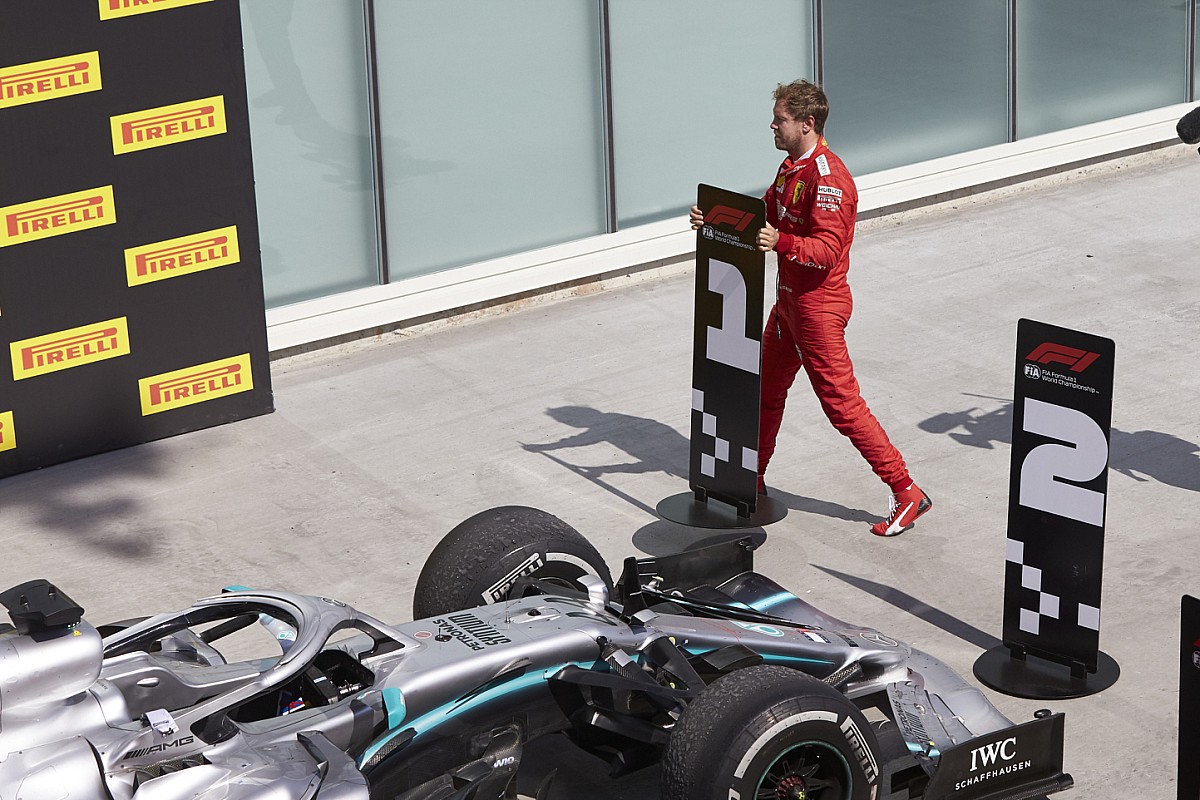 "They are stealing the race from us," was Sebastian Vettel's furious message at his Ferrari team after he was told about the controversial penalty that robbed him of victory in the Canadian Grand Prix.

The four-time champion had started from pole ahead of Lewis Hamilton and had led for most of the race, the Briton following closely but unable to get enough of a tow from the ultra-fast Ferrari to attempt a pass. On lap 48, and with the Mercedes still right behind him, Vettel made a mistake and wet off at Turn 3, having to cut trough the grass to return to the track after Turn 4. In doing so, Vettel squeezed Hamilton against the wall and forced the Briton to lift to avoid a crash that would have probably ended both of their races.

It took the stewards nine laps - with 13 to go - to announce their decision: a five-second penalty for Vettel for rejoining the circuit in an unsafe manner.

With Hamilton having kept up with the Ferrari all race long, Vettel's chances of keeping first place off the track proved impossible, and the German crossed the finish line just over a second ahead of his rival. This was not enough to give him his first win since the 2018 Belgian GP.

"You need to be an absolute blind man to think you can go through the grass and then control the car," continued Vettel on the radio. "I was lucky I didn't hit the wall. Where the hell am I supposed to go? This is a wrong world I tell you. This is not fair. I'm angry... and I have the right to be angry. I don't care what people say."

Predictably, Vettel's rage continued post-race and, in one of the images that will go down in F1 folklore, the German picked up the #1 board placed in front of Hamilton's car and swapped it for the #2 in front of his Ferrari. He then stormed off and appeared set to miss the podium ceremony before changing his mind as a "matter of respect" to his rivals.

Vettel was not alone in his view that the penalty he was handed was unfair, with several current and former drivers siding with the four-time champion. Hamilton himself admitted he would have done the same as his rival had he been in that situation.

"It's obviously very close. What I can say is if I was in the lead and I made a mistake and went wide, I probably would have done the same thing," he said.

It was later revealed that a second steering wheel move by Vettel after rejoining the track was key to the decision to penalise him, and while Ferrari decided not to appeal the penalty, the Maranello squad took a different route and opted to lodge a request for the FIA to review the penalty, claiming it had "overwhelming" new evidence that showed Vettel had broken no rules.

Less than two weeks after the race, the FIA announced Ferrari's request had been dismissed as there were "no significant and relevant new elements which were unavailable to the parties at the time of the competition concerned".

In the end, the episode mainly highlighted another costly mistake in Vettel's erratic season and, although he would go on to end his victory drought later on, it led to more doubts about the German's ability to continue to lead Ferrari's challenge, especially with Charles Leclerc prospering alongside him.