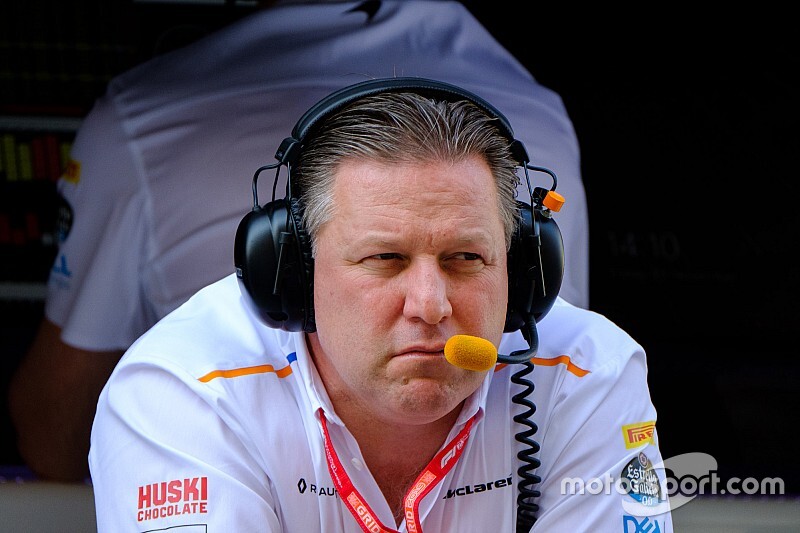 McLaren Formula 1 team CEO Zak Brown says that the two teams resisting a further reduction in the cost cap for 2021 are "playing with fire".

Brown also likened the two teams to "a heavyweight who only wants to fight middleweights" as they continue to defend their financial and thus competitive advantage.

However, in a video meeting of F1 bosses on Monday, Brown and others backed a further drop to $125m. Of the three top teams most impacted by the cap, Ferrari and Red Bull reportedly objected, while Mercedes was more receptive.

Brown warns that unless change is pushed through, teams will be lost from the grid.

"Without 10 teams or at least nine teams you don't really have F1," Brown said in a Sky F1 Vodcast. "A couple of teams need to be very careful, because I think they are playing with fire, so to speak.

"It takes a full grid to have a sport, so if they continue to have the sport unsustainable, and a couple of [smaller] teams lose interest, or financially are not able to participate any more, they are going to be racing against themselves. And that's not going to work."

Pressed on which top teams he was referencing, he didn't name them but made it clear who they are:  "We're talking about a couple of teams. Daimler I think is doing an excellent job, recognising the situation that we're in. So you can deduct who the other teams are!

"It's a huge marketing platform for those two teams, so I understand why they want to keep the fiscal balance where it is now. But in sport you kind of want to think that everyone can fight fairly and may the best team win.

"I think they need to have confidence. It's like a heavyweight who only wants to fight middleweights. These are great teams, they should be prepared to fight everyone on more equal terms, and I think that's what fans want in sport."

Brown contrasted F1's situation to the IndyCar series, where everyone has similar equipment, but on balance the best prepared teams usually come out on top over a season.

"If you look at IndyCar racing Roger Penske has the same car as every other team, has one of two engines, and he wins most of the time. I still think the biggest and best teams, the biggest brands, are going to attract the best drivers, the best engineers.

"But right now the gap between the front and back is seconds, and in IndyCar it's tenths. If you look at an IndyCar season it's going to be Penske or Andretti or Ganassi that win the championship, they always do, but you have three or four surprise winners a year, so it makes going to a race exciting because you kind of think who might win, but you don't take it o the bank.

"If you look at the three most exciting races that we've had in some time, it was Germany, it was Baku, it was Brazil, it kind of bad weather and crashing and safety cars, and we shouldn't have to rely exclusively on that to have an unpredictable race.

"It should be that one of the teams that isn't an 'A' team can have a better strategy or catch the safety car at the right time and capitalise on someone having a bad pit stop.

"If you ask the fans, which is who our ultimate customers are, they want to see races like Brazil and Germany, and we shouldn't have to rely on torrential downpours to create that level of excitement."