Toro Rosso must reach the final part of qualifying with Honda’s upgraded Formula 1 engine, team boss Franz Tost has declared ahead of the Japanese Grand Prix. 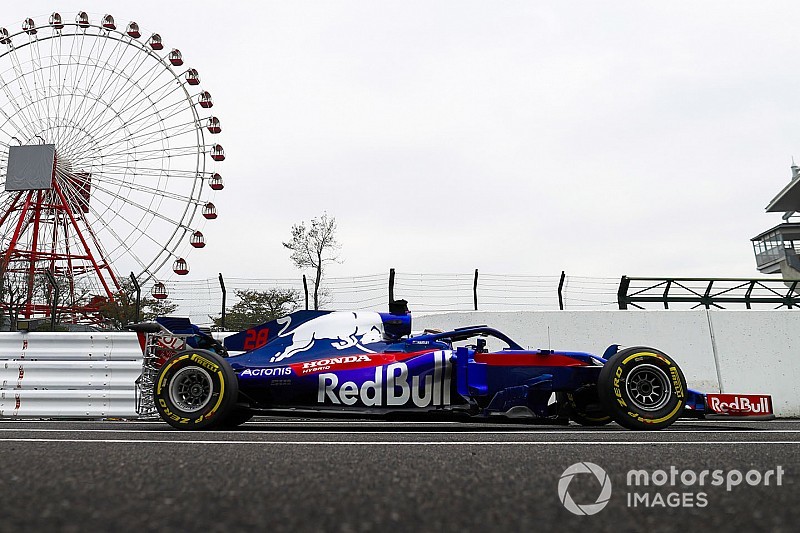 Honda is expecting its third-specification engine will be able to complete a full weekend for the first time after introducing it last weekend in Russian GP practice.

Toro Rosso has reported a significant step in performance with the upgrade and Pierre Gasly was 11th-fastest in FP1 at Suzuka, having matched the 10th-placed Sauber of Marcus Ericsson to the thousandth.

Tost said: “With the Spec 3 engine we must be in Q3. We must be ahead of Sauber because they have put a lot of pressure on us in the constructors’ championship.”

The Red Bull junior team has not scored points since Belgium and has one top-10 start in the last four races after a surprise Q3 appearance at Monza.

However, its upgraded engine, and a car upgrade due for the next race in the United States, should allow it to take the fight back to its midfield rivals.

Honda motorsport boss Masashi Yamamoto admitted its upgraded engine had taken longer than the manufacturer wanted but is satisfied the irregularities recorded last week in Russia have been solved.

“We were not as quick in the development as we would have wanted to be,” said Yamamoto. “Recently, everything has been much better, especially regarding the combustion chamber.

“We have upgraded it and finally it is successfully complete. The problems we had with the other engine was related to calibrations.

“We have fixed it since Russia, within this one week for Suzuka. I suppose Mr Tost can look forwards to a great weekend.”

Last weekend Tost and Red Bull driver Max Verstappen, who will race with Honda engines next season, declared Honda’s upgrade had taken it past rival manufacturer Renault in the engine pecking order.

Yamamoto said it was too soon to start making comparisons.

“Spec 3, which we brought in Russia, obviously hasn’t raced yet so this is the first opportunity here,” he said.

“It will be more comparable with the other engines we have used before [after the race]. Not only the engine, but the entire performance with the car.”