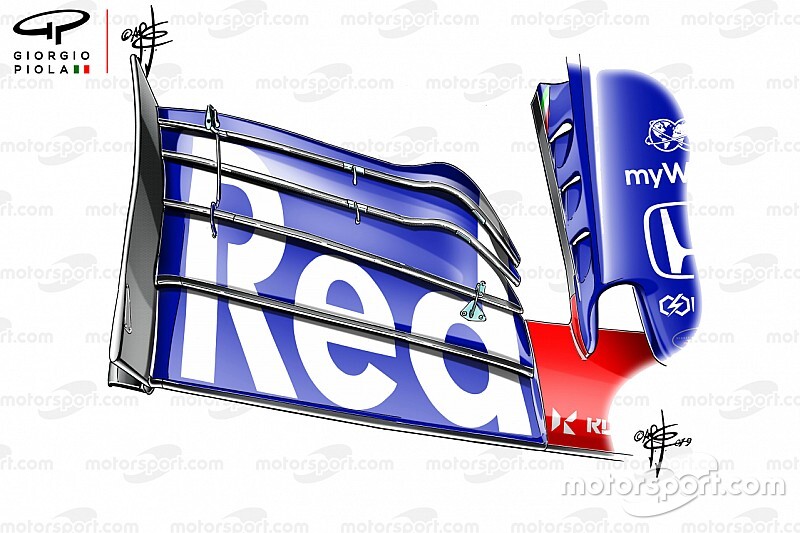 Join us as we delve into Giorgio Piola’s 2019 archive and bring you insight into the relentless development undertaken by the teams throughout a season in the pursuit of more performance. In today’s gallery we will focus on… Scuderia Toro Rosso.

With a year of Honda experience under its belt, this was a season where the tiny Faenza-based team was able to focus on improving aero performance, putting it in a stronger position to pounce on the bigger teams ahead of it.

The highlight looked like it would be Daniil Kvyat’s third-place finish in the chaotic German Grand Prix at Hockenheim, only the team’s second podium in its history… Until Pierre Gasly went one position better in a similarly-wild Brazilian GP, just holding off Lewis Hamilton's Mercedes on the run to the finish line! 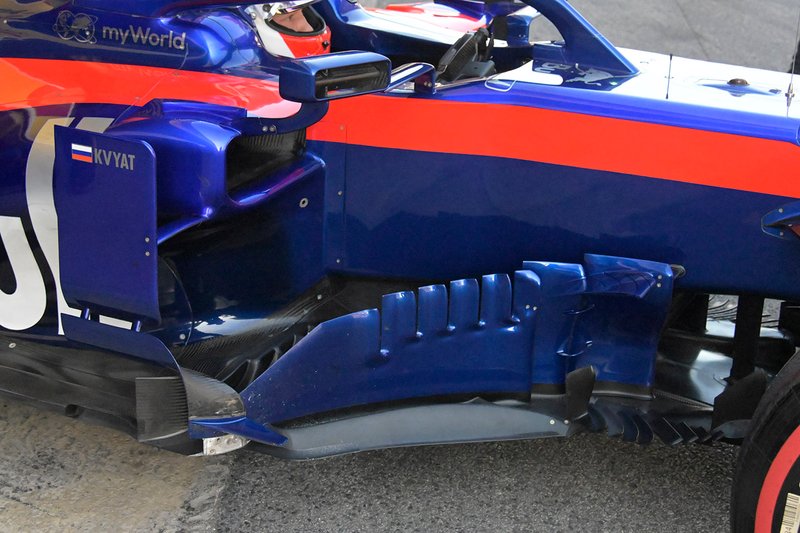 A look at the initial complexity of the bargeboard region on the STR14 as it rolls out of the garage for pre-season testing. 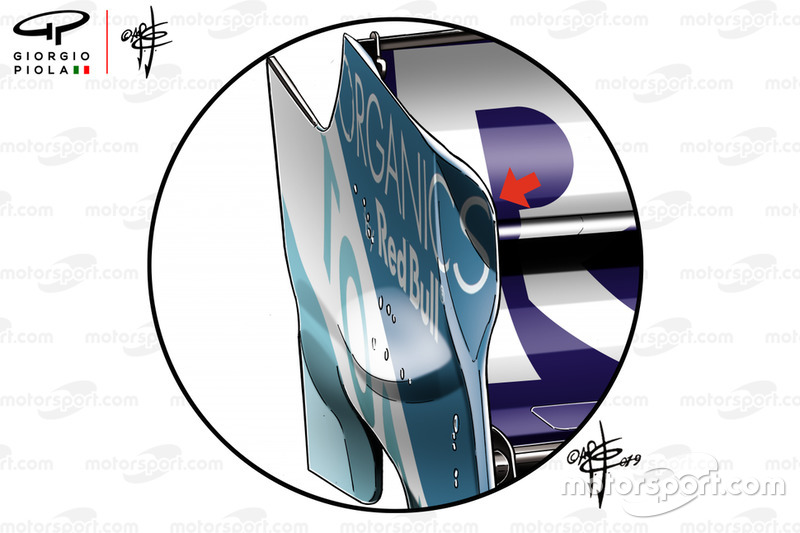 Toro Rosso was the first of several teams to utilise this treatment of the upper corner of their rear wing endplate. The inability to use louvres to reduce drag, as it had in the past, forced teams to find other ways to mitigate it. 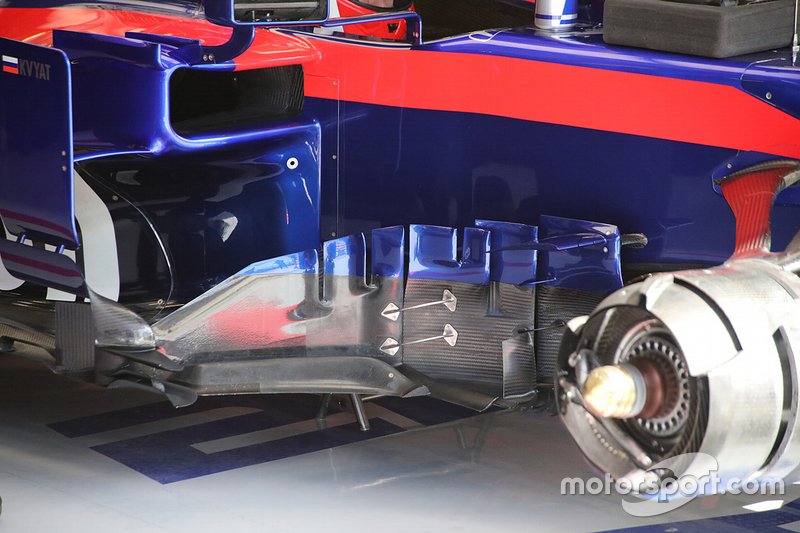 The team introduced a new bargeboard package in Bahrain as it looked to that area of the car for improved performance. Comparing it with the specification used in testing and Australia you can see it divided up the surface area differently and made changes to the footplate design to fall in line with that. 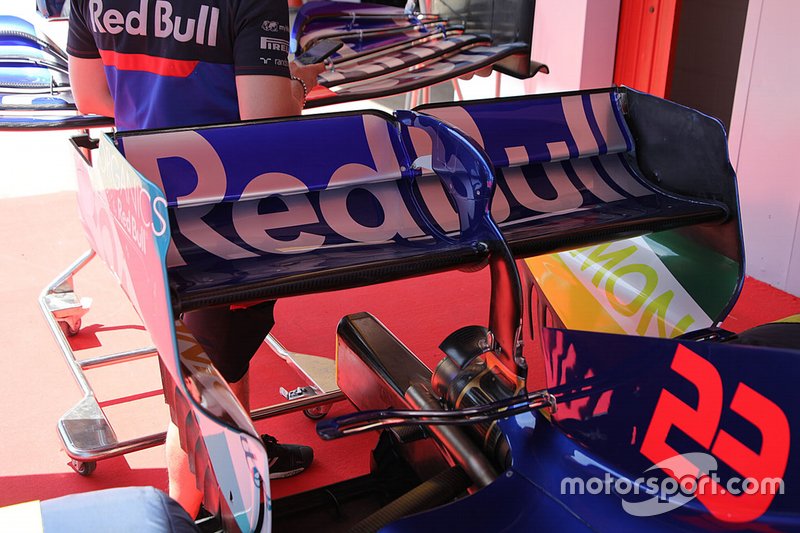 In search of some extra downforce and balance the team not only bolted on a large rear wing, they also installed a curved and slotted T-Wing. 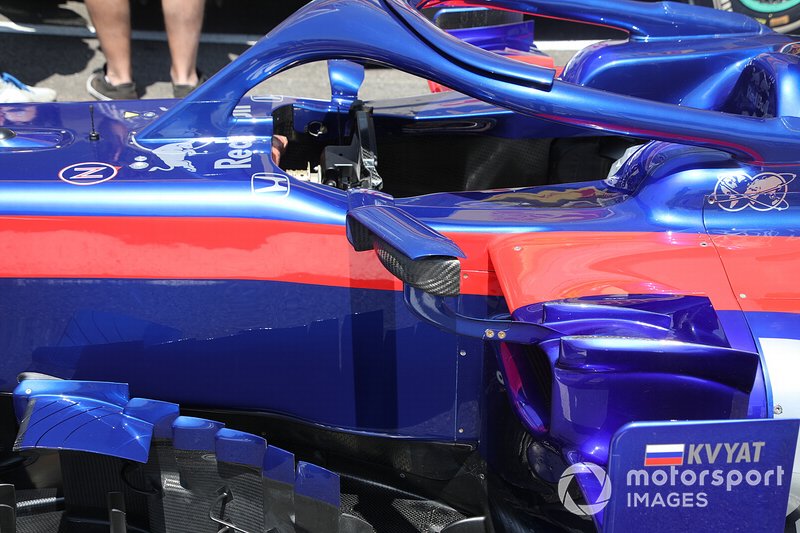 A new set of mirrors and flow conditioners arrived in Canada as the team looked to take advantage of designs seen elsewhere on the grid. 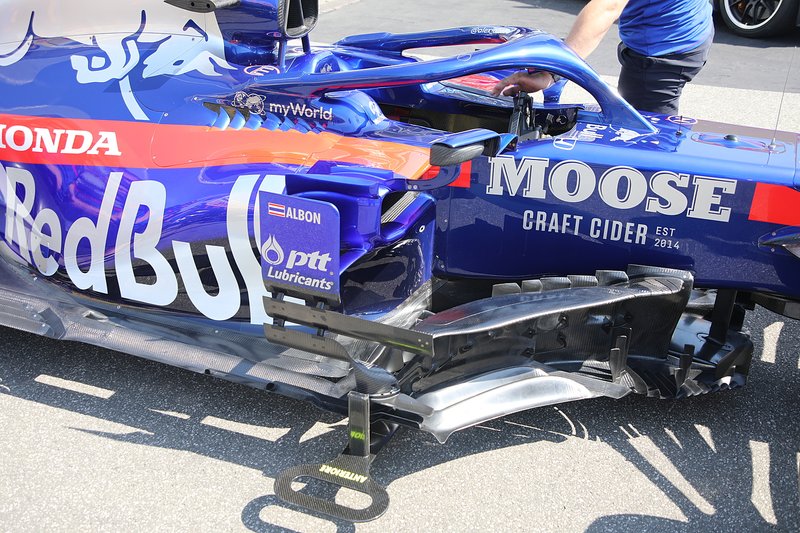 An extensive bargeboard and sidepod deflector overhaul was undertaken for the German GP, as the team began to use the mid-tier boomerang wing seen elsewhere on the grid and took the plunge with its own ‘venetian blind-style’ deflector array. 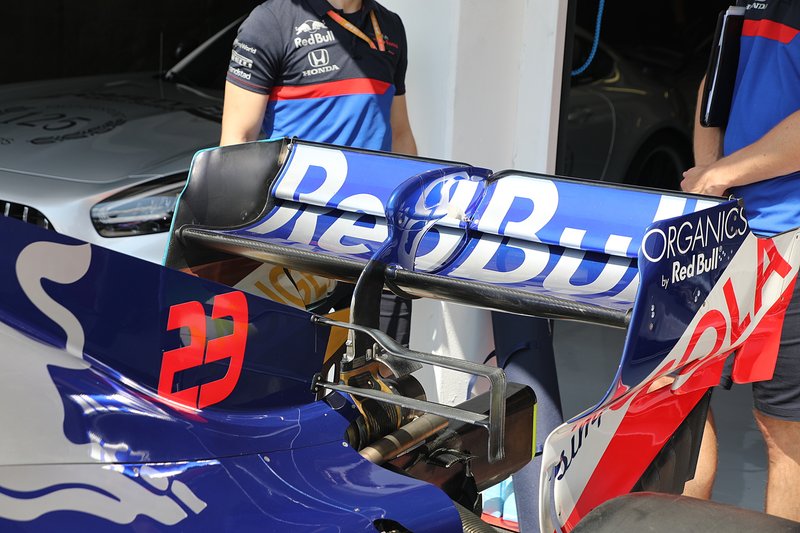 The team was even bolder in search of rear downforce for the Hungarian GP as it installed a massive two-tier T-Wing. 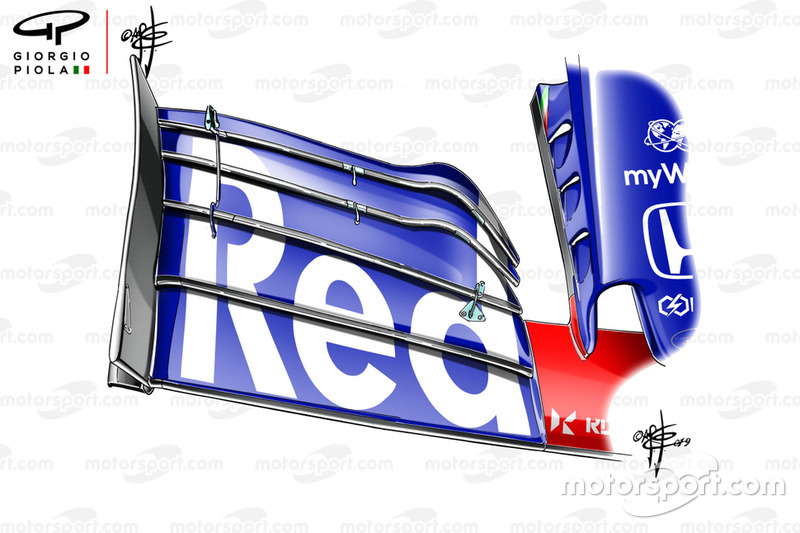 Toro Rosso made several alterations to its front wing for the Italian GP, chief of which was the shaping of the flap tips, which now arced over, resulting in a change to the shape and direction of the Y250 vortex created in their proximity. 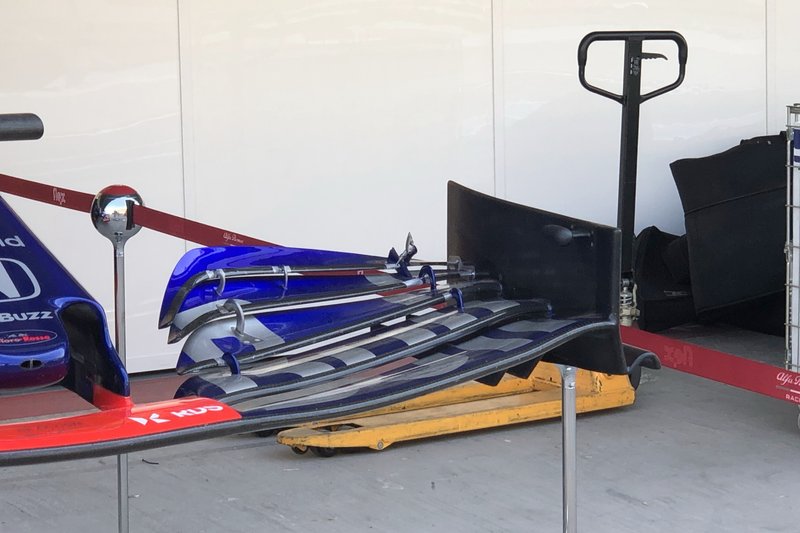 As 2019 development began to ebb away in the latter phase of the season, STR made one lasting alteration to the front wing. The wing seen here, in use since Mexico, has the swan neck supports in differing locations to improve rigidity, whilst the adjuster was also refined.

Feel the thrill of the Grand Prix in Bahrain 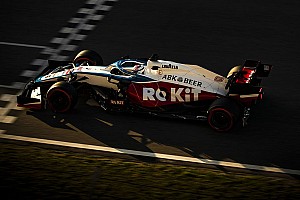