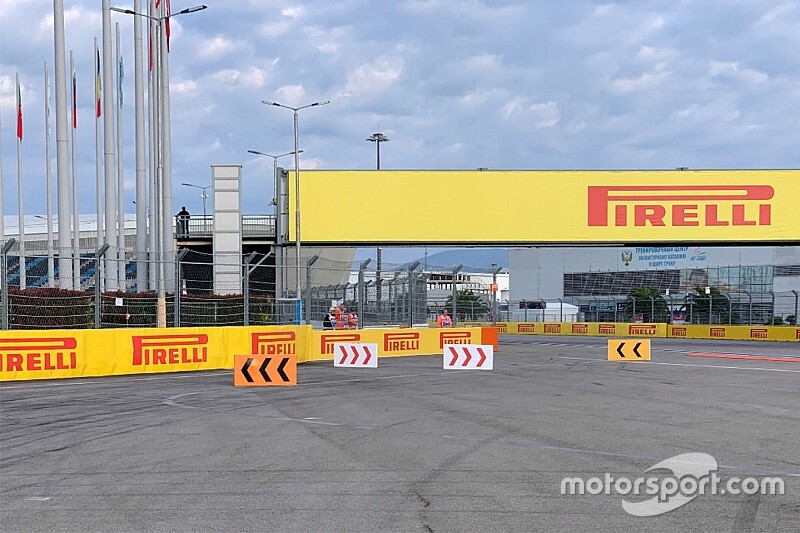 Formula 1 drivers will have to negotiate their way through a new tight slalom of polystyrene blocks if they run wide at Sochi's Turn 2.

The issue of track limits at Russia's tricky first proper corner has been a cause for headaches over the years, as the FIA's tries to ensure that drivers don't gain an advantage.

Ahead of the opening day of action in Russia, however, drivers have been told that a new solution has been introduced.

The idea will be that having to weave through the three blocks will slow cars sufficiently not to risk them still gaining an advantage by running wide, especially on the opening lap of the race.

At the French Grand Prix this year, Sergio Perez followed instructions in going around bollards at Turn 4 after he missed the previous corner, but still managed to gain an advantage that he was later penalised for.

Drivers have also been warned about driving too slowly in the final segment of the track in qualifying to try to build a gap ahead of them.

The problem of drivers going slowly on out-laps to better prepare tyres or get a slipstream has been highlighted in recent races – and reached a peak at Monza.

Masi has said, however, that any driver doing this at Turn 12 and 13 in Sochi will be punished.

"Any driver intending to create a gap in front of him in order to get a clear lap should not attempt do this around turns 12 and/or 13," he said.

"Any driver seen to have done this will be reported to the stewards as being in breach of Article 27.4 of the 2019 Formula One Sporting Regulations."

The rule states that at no time "may a car be driven unnecessarily slowly, erratically or in a manner which could be deemed potentially dangerous to other drivers or any other person".

Russian GP practice as it happened

F1 needs thinktank to look at options like hydrogen - Renault