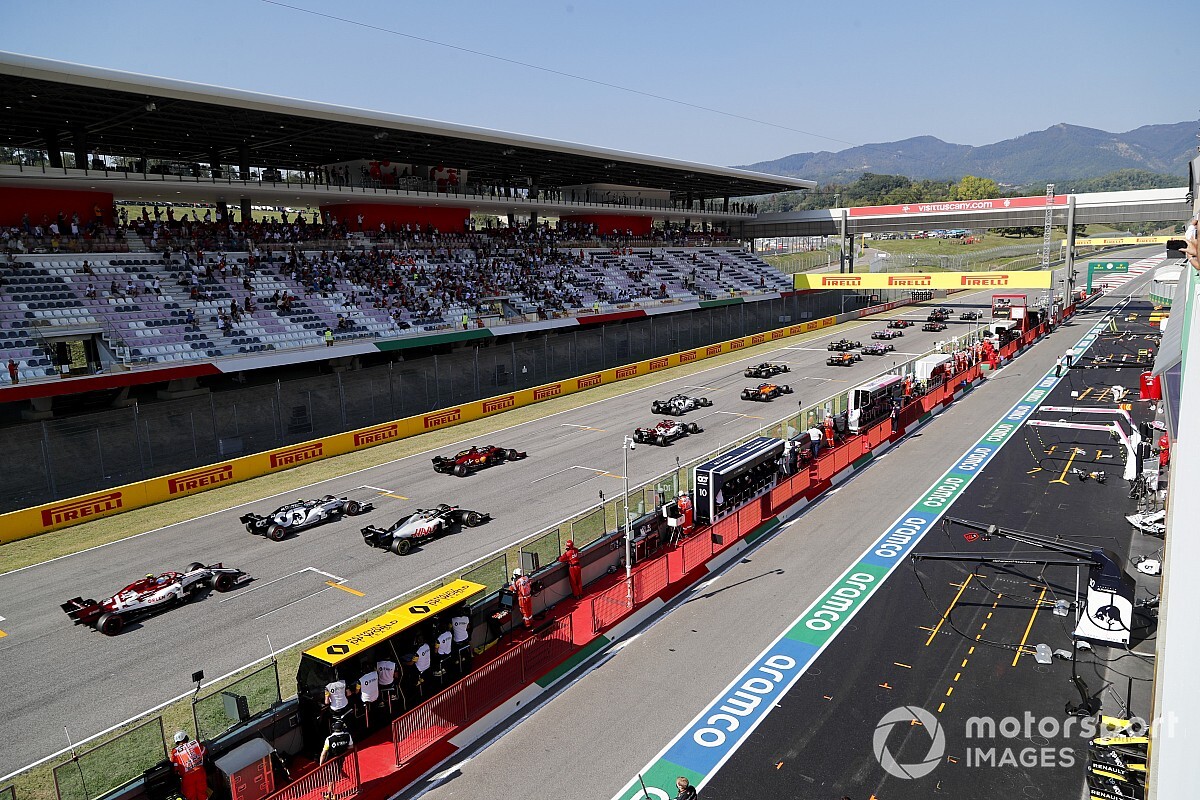 The Tuscan Grand Prix has been placed under an early red flag after a multi-car crash following a safety car restart, leaving just 14 drivers left in the race.

Formula 1's first-ever race at Mugello lasted just two corners before being placed under a safety car due to a collision that eliminated Max Verstappen and Pierre Gasly, both of whom made contact with Alfa Romeo's Kimi Raikkonen.

Valtteri Bottas had managed to take the lead from Mercedes teammate and pole-sitter Lewis Hamilton on the opening lap, and led the field away to restart the race on lap seven.

Bottas opted to slow the pack down and weave to get some heat into his tyres before pulling away to return the race to green, only for a number of cars to tangle behind.

The cars towards the back of the pack accelerated while those at the front went more slowly, with Antonio Giovinazzi running into the rear of Haas driver Kevin Magnussen.

It eliminated both on the spot and also resulted in contact with Nicholas Latifi and Carlos Sainz, putting all four drivers out of the race.

With debris strewn across the main straight, race control took the decision to red-flag the race, and return all of the cars to the pitlane.

It marks the second race in a row that has been red-flagged, following the stoppage in the Italian Grand Prix at Monza due to Charles Leclerc's crash.

"That was f**king stupid from whoever was at the front," Grosjean said. "They want to kill us or what? This is the worst thing I have seen ever."

Sainz called the incident "dangerous" over team radio, and was seen holding his hand in some discomfort as he got out of the car.

The race is set to resume with a standing start on the grid once the debris has been cleared, with Bottas leading from Hamilton and Ferrari driver Charles Leclerc. Just 14 cars remain in the race.

The stewards confirmed they will be investigating the incident on the pit straight, but have already announced they will be taking no action over the clash between Raikkonen, Verstappen and Gasly at Turn 2 on the opening lap.