Getting a ride with Formula 1's unofficial 11th team

Silverstone's high-speed swoops are a spectacular place to watch Formula 1 from the sidelines. But words cannot do justice to what the place feels like from the cockpit.

The high-speed flick through Copse, the left and right swoops through the Beckett's Complex, the never-ending right-handed blast through Club – and then the long, long flat blast down the Hangar Straight are magical places when you are hugging the asphalt at more than 150mph.

This morning I had the chance to do just that, as one of the lucky passengers given a chance to ride in F1's new official two-seater.

Formula 1 owners Liberty Media quickly realised that getting across the feelings behind the wheel is an important element for fans – and the best way to do that is with an F1 two-seater.

It has committed to a proper two-seater programme, which is running at a number of grands prix this year before ramping up to be at every race from 2018. 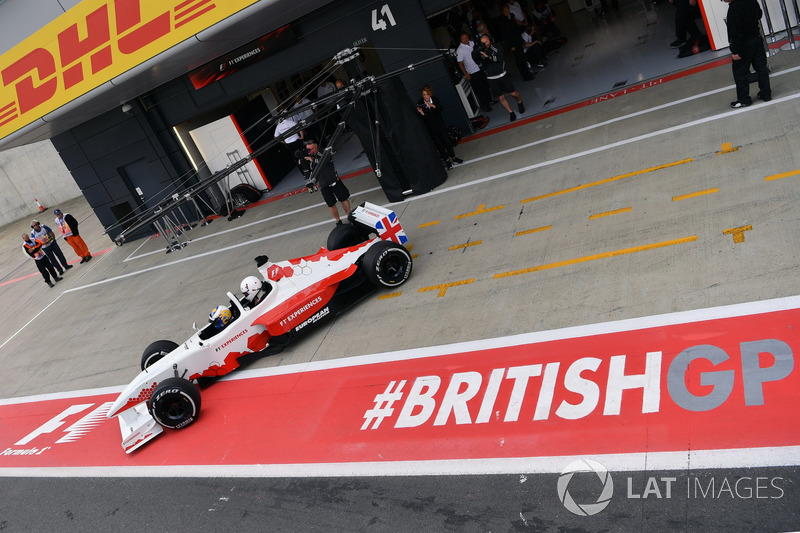 The professionalism and effort being put by two-seater's project chief Paul Stoddart has already earned it the tag of F1's unofficial 11th team and, after a first outing in Barcelona, Stoddart's crew now numbers more than 50 – looking and operating like a proper grand prix outfit.

At Silverstone on Friday, Stoddart's two-seater project broke through the barrier of having run its 4000th passenger, and I was lucky enough to get a seat for one of the hot laps that took place after Friday's first free practice session.

While I've done two-seaters before – having lapped with Martin Brundle and Jean Alesi around Abu Dhabi – the sensation around Silverstone took the experience to a completely different level.

The old-school nature of the British track, with longer, faster corners, more traditional settings – and of course busy grandstands – meant it was a totally different world.

Crammed tight in the cockpit, legs either side of former F3000 driver David Saelens, the limited movement of the helmet once the headrest was in didn't hinder visibility too bad at all. And feeling the bumps, the acceleration and the brutal braking left you in no doubt that F1 cars are sensational when they get going.

In the slow-speed Brooklands bend, as Saelen's battled some understeer on cold tyres through the first lap, it was easy to peer out and see where we were going. 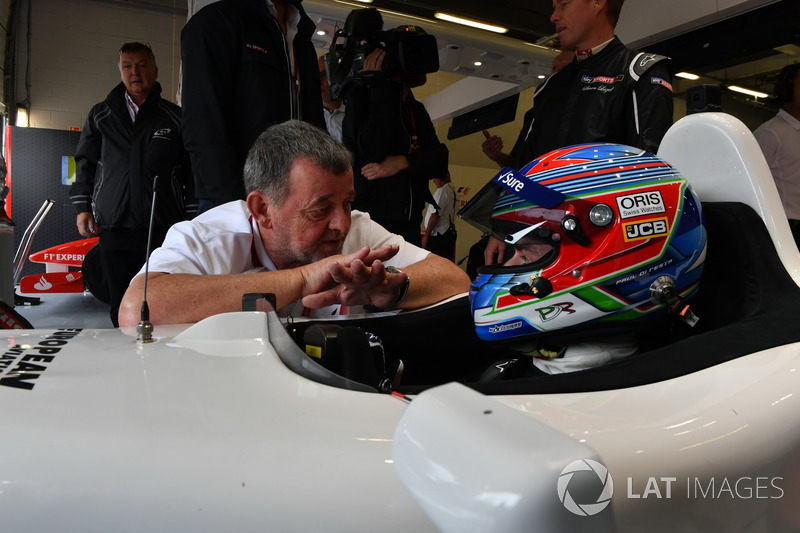 That wasn't possible through the high-speed stuff, like Copse and Becketts, as just keeping the head upright took a bit of effort as the car swooped through the bends.

What was most surprising though was how hard it was to keep the head straight ahead as we blasted down the Hangar Straight. The rushing wind not only wanted to push the head back – but the sensation was of it trying to lift the helmet off. Not too pleasant as we climbed up to 200mph!

By the time the car braked into Stowe, it couldn't come soon enough. I never thought it would be so exhausting driving in a straight line.

Of course the main aim for the two-seater project is to offer as close an experience to F1 as possible, and to leave people raving about grand prix machinery.

It's the moment went passengers step out the cars – all grinning – that still does it for Stoddart.

"I love seeing that," Stoddart told me after my ride. "I am looking at you now and I can see the smile on your face because you have just come out of the car – and that says it all.

"We had a passenger once who didn't have any arms and legs – and seeing him experience it got me crying. It is the passion from some people about this that I just love. To go in this car is unbelievable."

The plan for this year is to run the cars in Hungary, Spa, Monza, USA and Mexico. Then for next year there will be a revamp of the programmes.

For Stoddart, this new journey has only just begun, and there will be a lot more fans, competition winners, media and celebrities who will be left with big grins on their faces in years to come.

"It is the experience of a lifetime," he said. "We're trying to bring this to those people in the stands who, if they weren't around, none of us in motor racing would be in a job." 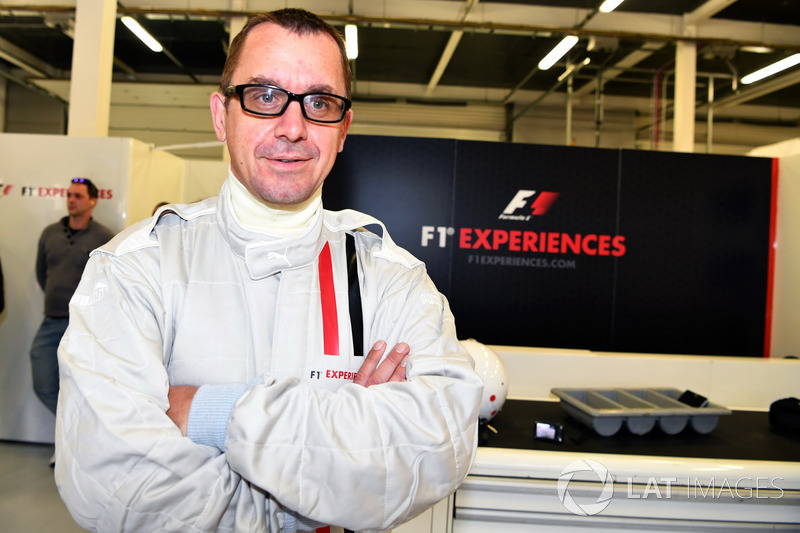