Formula 1 drivers believe a "clear" decision to move qualifying for the Japanese Grand Prix should be made on Friday, if typhoon Hagibis hits the area as expected. 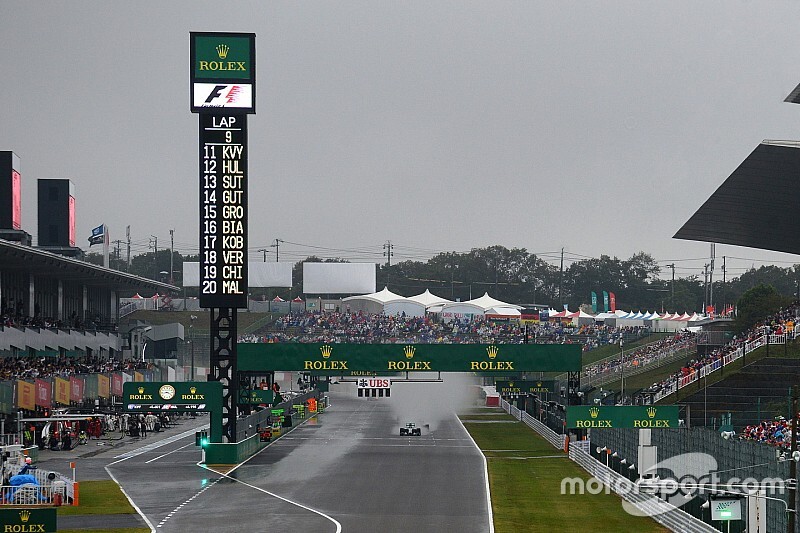 The typhoon is approaching Japan from the south after a rapid intensification in the Pacific ocean and though its exact path is difficult to define it is due to impact Suzuka heavily on Saturday afternoon.

Extreme winds and rainfall would render track activity and fan attendance unsafe, with F1 and its governing body monitoring the situation.

Most F1 drivers are aligned in their belief it will be an easy decision to abort Saturday's planned final practice session and qualifying if the prediction for the typhoon remains the same, with some urging the rulemakers to make the call swiftly.

"There's supposed to be gusts of wind at 120km/h on Saturday and if that is the case, I don't think it's safe to be on track or in the grandstands or anywhere," said Haas driver and Grand Prix Drivers' Association director Romain Grosjean.

"I don't think there's any point in discussing it. I believe they are going to take the best decision.

"Obviously a typhoon can change direction and so on, but so far it looks like it's getting quite close to here.

"I do a lot of kite surfing so I look at my apps and you can see the wind and where it's going to be. The decision will need to be made on Friday night for all the spectators that are coming."

Renault's Daniel Ricciardo said Friday night was "the latest" a decision could be made.

"Come Friday, at some point, they should make a decision," he said. "Not wait until Saturday.

"I think they will get enough of an understanding about what is going to happen, so I think Friday night is early enough.

"If that is the case, then sake bombs Friday night and sleep in Saturday…but I don't like Sake!"

Sebastian Vettel agreed with Ricciardo that there will be enough information to make a decision before Saturday.

He said that safety was the "top priority" for drivers and spectators, however the Ferrari driver – and his former teammate Kimi Raikkonen – suggested it would be unwise to rush a decision.

"It is the responsibility of the organisers to decide early enough to act," said Vettel. "On the other hand, this forecast can be different.

"Making decisions too early would certainly also be wrong.

Raikkonen admitted that "if it rains like it's supposed to rain I think it's a pretty clear no qualifying" and it is "out of anybody's hands".

But the Alfa Romeo driver added: "Everybody says it's going to be bad.

"I've been here in the past when they had to cancel a day and then it was completely sunny on the day that they cancelled. It's very difficult to get it right."

Charles Leclerc, who has qualified on pole for the last four races, said "it's pretty clear if the typhoon is going to come here there's no way we can drive" on Saturday.

However, he backed the organisers to make the right decision, which Renault's Nico Hulkenberg said was going to be require patience.

"We need to try and make this weekend happen, but obviously we need to see what happens and we're at the mercy of the weather there," said Hulkenberg.

Red Bull's fuel supplier to use new chemicals in Japan

Hamilton: Ferrari wrong to push Leclerc as number one