Michelin could "recreate a tyre war" as F1's sole supplier

Michelin says it could offer Formula 1 fans the benefits of a "tyre war" spectacle even as sole supplier, if the sport’s chiefs ever decide that is a direction they want. 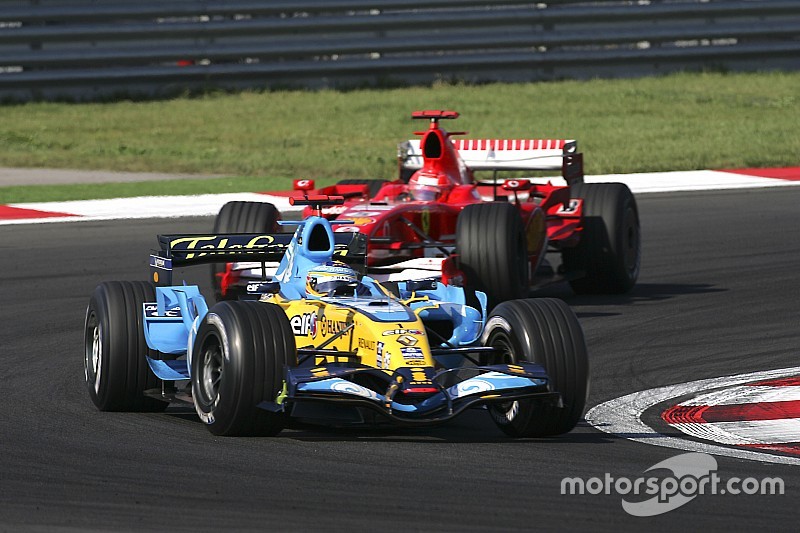 The French tyre manufacturer has kept a close eye on developments in F1 since it pulled out at the end of 2006, but recently elected not to join the FIA’s tyre tender bid from 2020 to 2023 because it did not like what was on offer.

Michelin was clear that the costs of producing 13-inch wheels for just one year, allied to a request for high degradation tyres, did not fit in with its company policy.

Reflecting on its decision and what could make Michelin change its mind in the future, its motorsport boss Pascal Couasnon has suggested that Michelin's real interest is in delivering something different for F1.

Couasnon believes that the success Michelin has had in MotoGP – where a variety of tyre choices have helped make the racing unpredictable – shows what F1 could have in the future if it opened up on what was allowed.

“Is F1 good today? That would be my question,” Couasnon told Motorsport.com in an exclusive interview.

“The sport and the [tyre] manufacturer would have to take a risk, but compared to today [it could be good].

“Look at MotoGP. We bring three types of tyres for the front and the rear, and the riders can choose. You then finish the race with three different combinations on the podium.

“The best compliment we have received from journalists is that Michelin has recreated a tyre war with one brand, and that is what we would love to do for F1.

“Let’s not forget also in endurance racing for example, in GTs, we deliver specific tyres for each car because there is such a difference between a Ferrari, a Porsche, an Aston and a Corvette. And nobody complains because we work hard to give the best package possible, so everybody can fight. That is the philosophy we would like to bring to F1.” 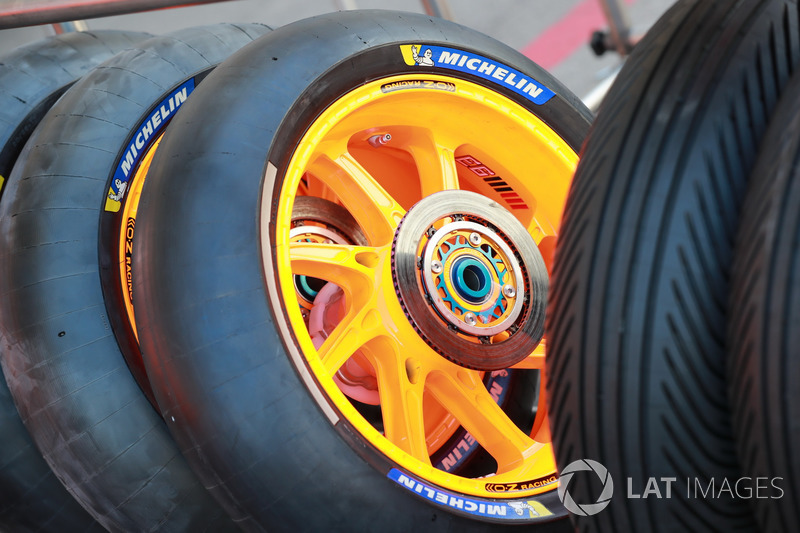 Couasnon says that the decision by the FIA to impose 13-inch tyres for one season in 2020, and to stipulate high-degrading tyres, left his company with no choice but to decide against an application.

“When we were informed of the key elements of the tender, we looked at it and fairly rapidly we saw that there might be some very serious roadblocks,” explained Couasnon.

“Obviously the first one was the fact that we had to start a development of 13-inch wheels [for 2020], which really didn’t make sense. It would bring a lot of cost to something about which Michelin had a very clear position.

“Budgets are restricted and we need to make sure that we use the money on something that is useful for motorsport but is also useful for the car of tomorrow. So that was one very serious roadblock to start with.

“Nevertheless we were very encouraged with the fact that F1 has taken into account that proposal of Michelin [for 18-inch tyres] that we made in 2010 and that we have been able to implement in Formula E."

As well as the problem over 13-inch wheels, Couasnon is clear that his company is not comfortable with the kind of high degrading rubber that the FIA wants to have.

“The second issue in terms of philosophy was having tyres which degrade, and that again is something that we are not in favour of: spending technical resources and money for something that is not useful for the driver of tomorrow.

“Michelin wants to use technology to support the show, we are not just saying okay: technology for technology’s sake and we don’t care.

“You see that in Formula E, you see that in endurance racing, that it is possible to have a fight and a nice show with very good tyres. And the key thing is to really develop the package which helps the driver to express his talent and fight.

“We don’t believe degrading tyres to build an artificial strategy is the way to go for tyres.”