The FIA has agreed with teams that time penalties for unsafe pitstop releases will be handed out even if drivers gain no competitive advantage. 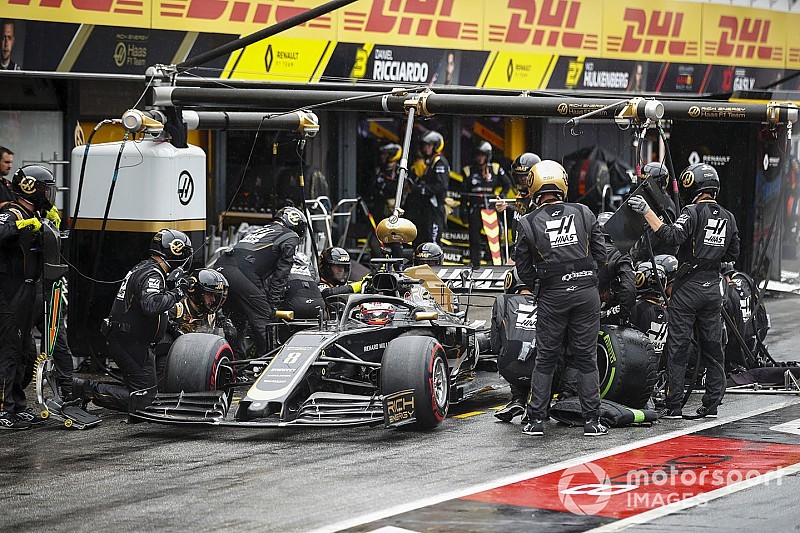 The focus on sanctions for unsafe releases was thrust into the spotlight at the German Grand Prix when Ferrari was handed just a fine for Charles Leclerc being launched into the path of Haas driver Romain Grosjean, who had to brake hard to avoid a collision and duly lost positions.

The financial sanction prompted fears that it could encourage teams to take more risks in the future when it came to letting drivers go after stops, because a fine in the region of 5000 Euro was not viewed as a big enough deterrent.

Following discussions between teams and F1 race director Michael Masi at the Hungarian Grand Prix, however, it was agreed that in the future only time penalties would be handed out for unsafe releases.

Masi has now also clarified that a rules breach will be deemed to have happened even if the release has had no impact on the competitive order.

"We had quite a good discussion and it was agreed that from this [Hungarian GP] weekend effectively, forget about what has happened in the first part of the year and during the race, if there is a judged unsafe release then it will be a time penalty regardless of if there is or is not a sporting advantage," explained Masi.

"So there will be no differentiation. Teams were all quite happy to effectively start from this weekend onwards and all the teams and team principals were made aware of exactly the same thing."

While Masi had said he felt the Ferrari fine in Germany was the correct sanction then, he says he was willing to change the FIA's approach if the teams were unanimous in wanting something else.

"I am open to listening and I've said it to a few people," he said. "If the teams all agreed that that was the approach they wanted us to take, regardless of what has happened before, and we are happy with it, then fine. And they were.

"So no problem from my end. For practice and qualifying, unsafe releases are a different story but for the race, we've said time penalty."