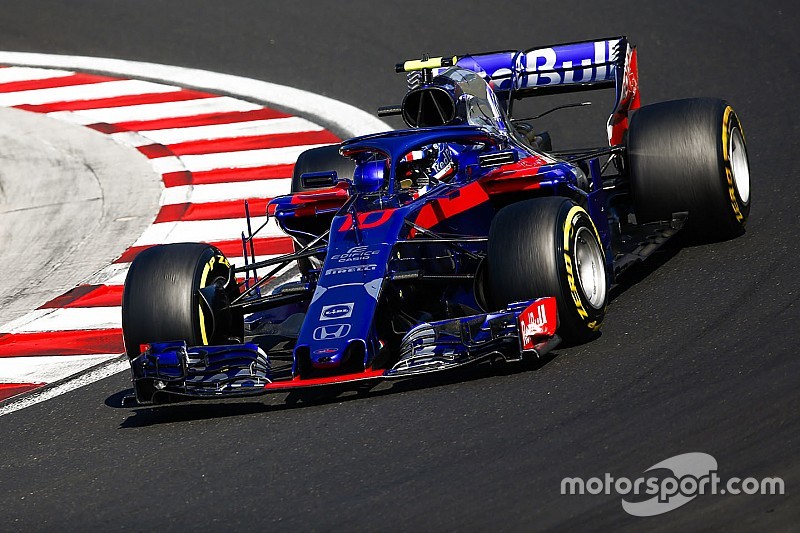 Toro Rosso boss Franz Tost admits the Formula 1 team "hasn't achieved our goals" with some of its major upgrades this season and says the team is currently "behind expectations".

The team introduced several aero updates during the Austrian and British Grand Prix weekends, including a new front wing design.

However, the team has struggled to extract the performance from the new parts it had hoped, and the front wing was dropped for the races in Germany and Hungary.

Tost admitted he "expected more" from it and is concerned a failure to make gains with the updates could make it "difficult to defend" its eighth position in its midfield battle with Sauber, which trails the Italian squad by just 10 points.

"We haven't achieved our goals with the upgrades, we expected more from it," Tost told Motorsport.com.

"The midfield is very close, it's [covered by] hundredths of seconds. If you can't improve then it's difficult to defend the position, and currently we are behind our expectations.

"I hope for the second half of the season we can improve our performance. It's difficult, yes. Sauber, Haas made big steps forward, also thanks to their fantastic Ferrari power unit.

"Therefore it has become difficult for us to be within the first 10."

Pierre Gasly, who sits 13th in the points and scored the team's season-best result of fourth in Bahrain, said after the Hungarian GP that it is yet to "understand" its inconsistent form.

He said is wary of the upcoming Belgian and Italian Grands Prix being "tough" for Toro Rosso and Honda.

"Of course we know that there are tracks where we're going to perform a lot more, I think Spa and Monza will be quite tough for us, but Singapore is another one where we need to focus [to get a strong result]."

How will Ferrari fill its Enzo-inspired power vacuum?