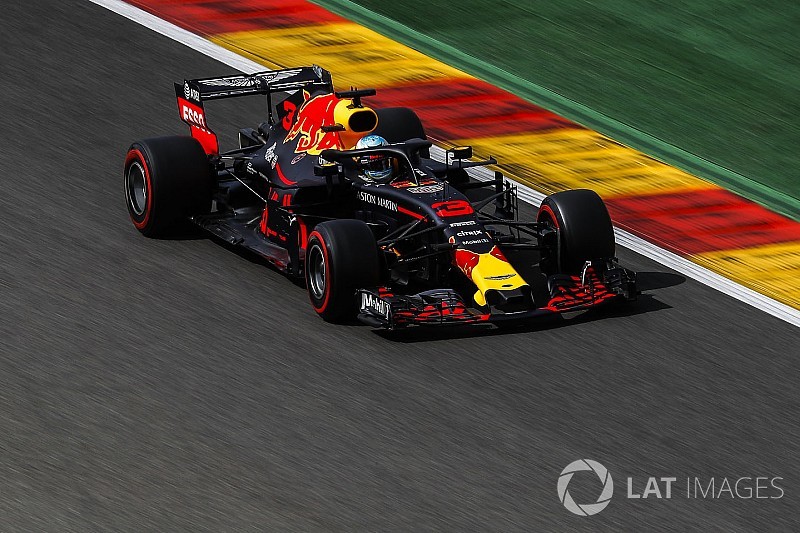 Renault believes its upgraded Formula 1 engine should be worth 0.3seconds around Monza, but it still does not plan to use the new specification at this weekend’s Italian Grand Prix.

As first reported by Motorsport.com, the French manufacturer has reliability fears over its 'Spec C' engine and is not willing to risk introducing it yet.

Red Bull will give the new spec its debut as Daniel Ricciardo is due a grid penalty because he is out-of-sequence on engine usage following failures earlier in the season.

Renault's engine technical director Remi Taffin has confirmed its other customer team McLaren will follow the works outfit's lead by avoiding the upgrade.

"The C Spec is an evolution of the current B Spec engine," Taffin explained. "It's significantly more powerful.

"Conversely, it's possibly not as reliable as the current generation, hence the different choices made by each team.

"Depending on fuel used, the power gain is in the order of 0.3s per lap in qualifying on a circuit like Monza, which is a substantial step forward."

Taffin said Red Bull is able to use the new engine because it is "in a position to prioritise performance without having to worry about those behind them in the championship".

Red Bull is a lonely third-best this season, while Renault has been caught by Haas in the fight for fourth in the constructors' contest and McLaren is under pressure to retain sixth.

However, Taffin said Renault can still attack at Monza as it can give Nico Hulkenberg a fresh Spec B engine because the German has a grid penalty after triggering the first-corner crash in Belgium, while Carlos Sainz started that race with a fresh unit.

He said: "We will have a very low-mileage power unit and will be able to get the most from it with the most aggressive modes we currently have for qualifying."

Taffin also elaborated on why Renault's customer teams continue to avoid the upgraded MGU-K that was finally introduced earlier this season.

Max Verstappen suffered a high-profile failure of the older spec MGU-K in Hungary that led to an expletive-laden rant, but is still avoiding the new component.

Taffin said Renault has "developed an evolution of the version used by our two customers to reinforce its sturdiness" since that problem.

"Today only the Renault team uses this version," said Taffin. "McLaren and Red Bull Racing did not want to make the needed changes for its integration.

"They have opted to take and assume this clearly identified reliability risk."