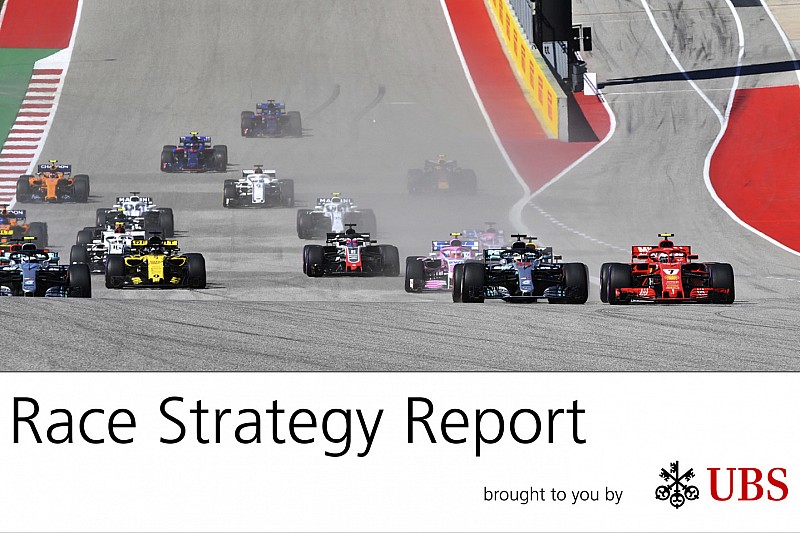 Mercedes' tyrewear struggles and an imperfect strategy has allowed its rival Ferrari to postpone Lewis Hamilton's coronation and breathe new life into the constructors' battle.

Americans love their sport as entertainment and Formula 1 served up a superb Grand Prix in Austin that had the perfect blend of virtuoso driving and intriguing strategy.

Like the Grand Prix in Monza, this was one of the best races of the season with close racing, emotion and strategy intrigue, which kept the outcome in doubt until the final lap, with the three podium finishers crossing the line close together.

Unlike Monza, which marked the start of Ferrari’s Autumn collapse, this race was their bounce-back. But whereas much of the reason Ferrari failed to win Monza was due to the strategic uncertainty over whether Kimi Raikkonen should be allowed to win the race having scored pole position, this race was Kimi’s to lose after Sebastian Vettel made another unforced error. It was his chance to shine after years of playing the domestique to Vettel and before that Fernando Alonso.

Raikkonen used the strategy, made an aggressive start, controlled the race and took the win for himself. It was a perfectly judged victory both by him and by the embattled strategy team led by Inaki Rueda. When they get it right, like in Bahrain and Spa this year, it’s nigh on perfect. 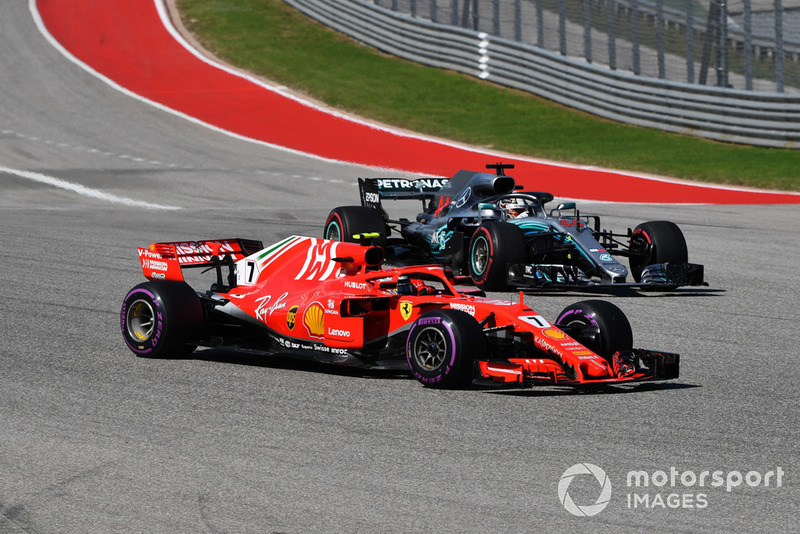 Mercedes made some mistakes on strategy in this race, missing chances which could have seen Hamilton second and Bottas fourth. Ferrari’s victory was no surprise to them; they’d looked fast in the limited dry practice running on Saturday and after Pirelli increased the tyre pressures by 1.5psi post qualifying, Mercedes struggled with wear, especially with the way they had set their car up.

Ferrari ace it after Vettel penalty

Raikkonen’s victory was based on solid strategic thinking. After Vettel bagged a three-place grid penalty for not slowing sufficiently for a red flag in Friday’s wet practice, Ferrari got savvy with Raikkonen. They had the car for pole position, but were up against a COTA master in Hamilton, who is in the form of his life.

So, to make sure of having the chance to lead on Lap 1 and control the race, they made Raikkonen do Q2 on ultra softs - his race start tyres - which would have more grip off the start line. So even without pole, he would have a chance for the holeshot into Turn 1 at the start.

Knowing they were under pressure, Mercedes set their car up more for qualifying than the race and that was the seeds of their downfall.

They got the pole but then suffered terribly in the race. Bottas’ performance was the best they could do on a one-stop strategy, whereby he was passed at the end by Vettel - who was on more or less the same strategy but had had to come back through the field after a spin on the opening lap.

Hamilton’s launch was slightly better than Raikkonen’s but he lost ground in the second phase with more wheelspin and Raikkonen forced his way up the inside. Hamilton used his head against a driver not in the title fight and yielded. 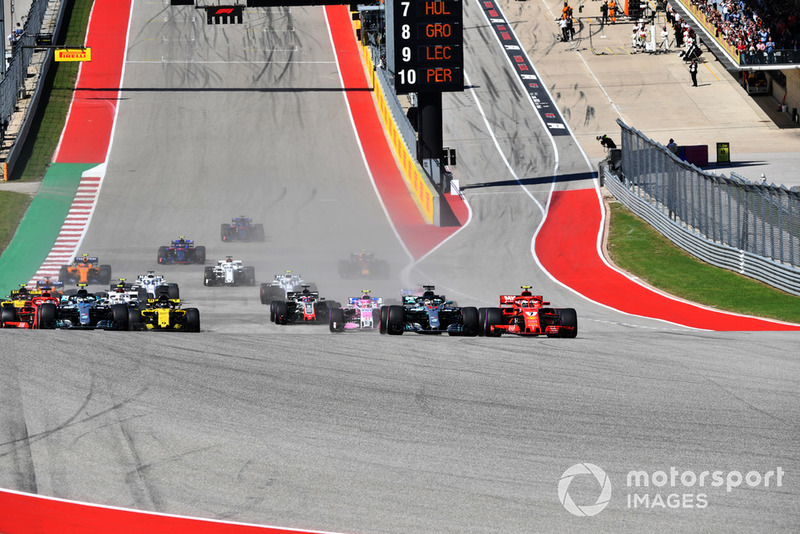 Ferrari had the pieces where they wanted them on the chessboard, which would allow them to use Raikkonen to try to bring Vettel into the game. But the German took himself out of the equation with contact with Ricciardo and a spin similar to the one that cost him victory in Monza.

When Ricciardo retired nine laps later with no engine power and the Virtual Safety Car was deployed, Mercedes had some quick thinking to do. They told Hamilton to ‘do the opposite’ of Raikkonen, trying to tempt the Ferrari team to react and bring Raikkonen in only 11 laps into the race.

Ferrari didn’t bite. So, Mercedes pulled Hamilton in and he re-joined on new soft tyres behind his teammate Bottas, who duly let him through once racing resumed.

So far so good; after eight laps Hamilton was now back where he had been, but with better tyres and more strategic options against Raikkonen whose ultrasoft tyres were starting to fade. But Ferrari and Raikkonen held their nerve.

The Finn did some valiant defending before diving into the pits on lap 21, but by taking some pain at the end of the stint, he had made his race stints more balanced and he had enough tyre life at the end to hold off Verstappen and Hamilton after his second stop. 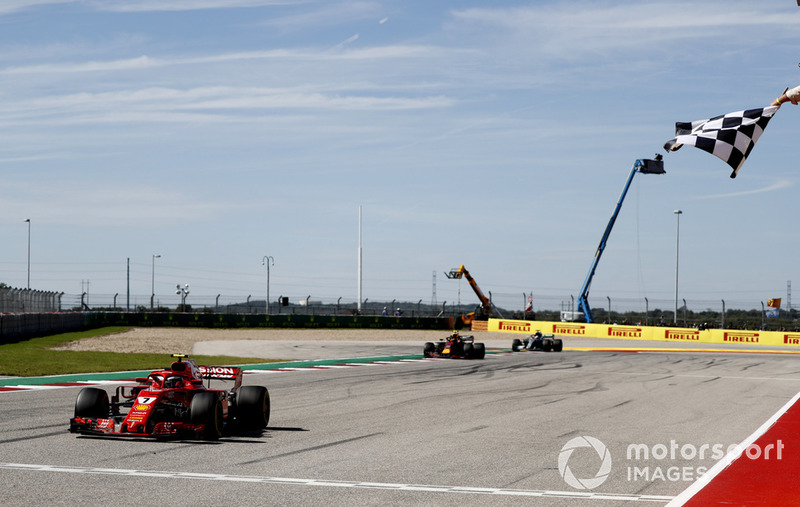 Meanwhile, the other notable point in the early stages was that the gap back to Bottas was strangely large. There were two reasons for this; one is that Mercedes felt a one-stop strategy would be hard to do for their car and so this was his controlled pace to achieve it. Secondly, his role for the day was as a blocker, covering the gap to Raikkonen and shielding Hamilton from Vettel.

But like the Belgian Grand Prix at Spa, the Mercedes was running out of tyres after 20 laps whereas Red Bull and Ferrari were fine; Red Bull so much so that they were able to put Verstappen on the supersofts for his second stint which gave him great pace and opportunity. Red Bull had completely set the car up for the race, the opposite of Mercedes.

How could the outcome have been different?

Mercedes ended with a third- and fifth-place finish. It could have been second and fourth. Hamilton could have gone for an undercut on lap 19 to end on soft tyres that would have nine laps more life in them to try to win, but probably he would still have run out of tyre life before the end.

After lap 32 passed without him stopping, Mercedes knew they had committed Hamilton to overtaking two cars before the end. They lost around five or six seconds of vital race time in that period as he was in traffic, so the true state of the tyres was not clear. 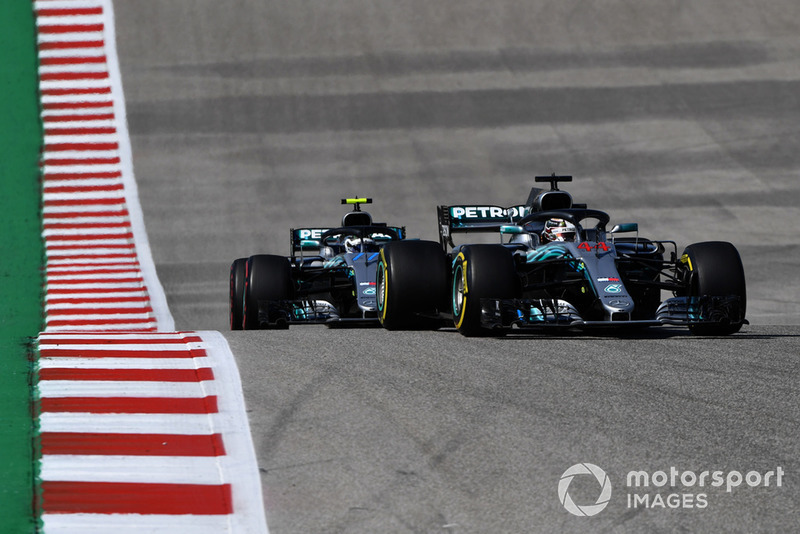 As for Bottas, he did the best one-stop Mercedes could manage, which was not competitive, and was passed by Vettel on the same strategy. They had data from Hamilton’s early stint on softs that other teams didn’t have.

The mistake was to cover the undercut by Verstappen, who was charging through the field from 18th on the grid. Bottas should have gone further on his first tyre set, to shorten the demand on the softs in the second stint. That might well have stopped Vettel passing him at the end. 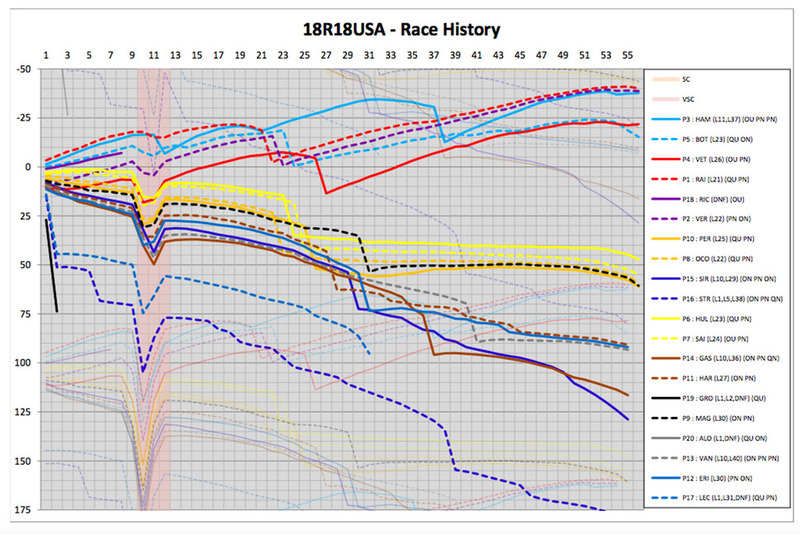 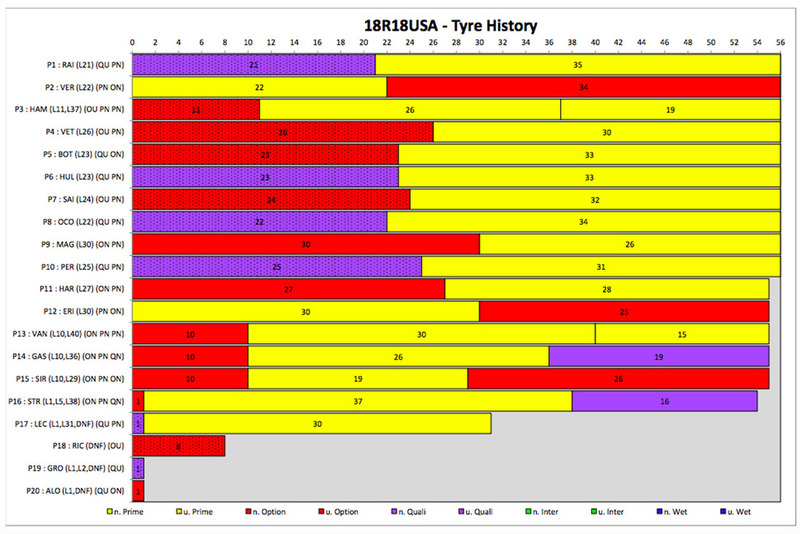