Oct.18 (GMM) McLaren protege Stoffel Vandoorne has revealed he was in the running to replace Daniel Ricciardo at Toro Rosso next year -- until he said no to the Red Bull junior team.

McLaren boss Martin Whitmarsh has said he is trying to find seats in Formula One for the 21-year-old Belgian as well as his 2013 Formula Renault 3.5 rival Kevin Magnussen. 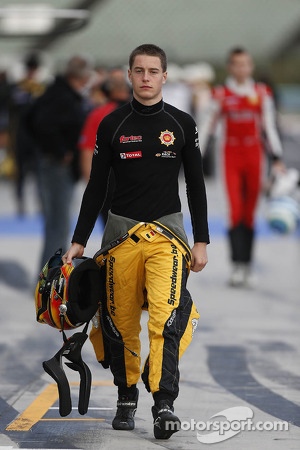 He confirmed that the conversation was about 2014, because Australian Ricciardo was set to be announced as Mark Webber's replacement at Red Bull.

"As (Antonio Felix) da Costa was not doing an exceptional season, they began to question him and contacted me," said Vandoorne.

"I talked with my management, they are of course very close to McLaren, and they advised me to continue (with McLaren).

"The proposal for Red Bull (Toro Rosso) covered only one year, but here (with McLaren) we see it for the longer term," he added.

Magnussen, poised to secure the Formula Renault 3.5 title ahead of Vandoorne this weekend in Spain, has been linked with Force India and Marussia for 2014.

Vandoorne admitted he is second in line behind the Dane.

He said another season in Formula Renault 3.5 is the "most likely option" for next year, partly because McLaren does not rate the GP2 series.

Vandoorne also said the McLaren reserve role is a possibility.

Germany's Auto Bild is reporting that Portuguese da Costa will be announced next week as Ricciardo's Toro Rosso successor for 2014.