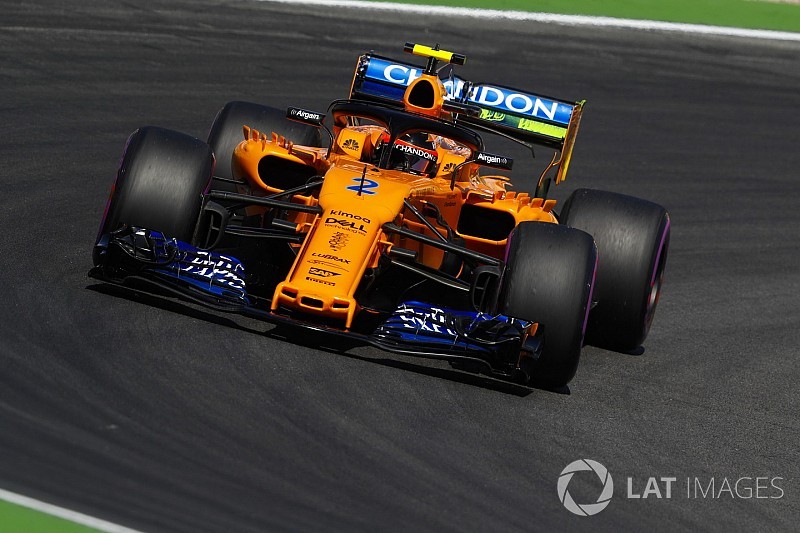 Following a very difficult weekend in Britain two weeks ago, Vandoorne continued to struggle with his car at Hockenheim.

He was slowest in both the morning and afternoon sessions, over half a second behind teammate Fernando Alonso.

Vandoorne admitted he was at a loss to explain why he could not get the car to work as he wants.

"The worst Friday of my career," said Vandoorne. "This morning we did a lot of aero tests, new parts on the car. We tried to understand the things we have a bit better.

"This afternoon again a difficult session. We again saw some problems with the car similar to the ones we had at Silverstone.

"Right now there's a bit of a question how we can get the car back to a normal condition. It's the same situation as in Silverstone.

"We don't understand how to get the car to work. We have to find a solution."

The Belgian insisted it is "impossible" the laptime difference to Alonso is what Friday's result suggested.

"It's impossible the gap to Alonso is six tenths," he said. "[I was] last by far. We can see we've got big problems but we don't know how to get the car in a normal condition.

"There's a lot of investigations to do tonight. It's clear that for tomorrow we'll probable change a lot of parts on the car to try and understand how to put the car back into a normal condition."

Alonso, 17th quickest in FP2, was hopeful the times were not a real reflection of McLaren's form this weekend, as the team spent the day testing new parts.

"We were probably compromised because of those tests in the final results," Alonso said.

"In the last couple of races we were quick high on Fridays and in two or three tenths you can lose or gain a lot of positions. On Friday we are in the low part so hopefully that changes on Saturday."

Vasseur: Raikkonen could be a fit for Sauber

Gasly: Hamilton, Vettel and others backed me over penalty