Vasseur: Alfa has "evidence" to get penalties overturned 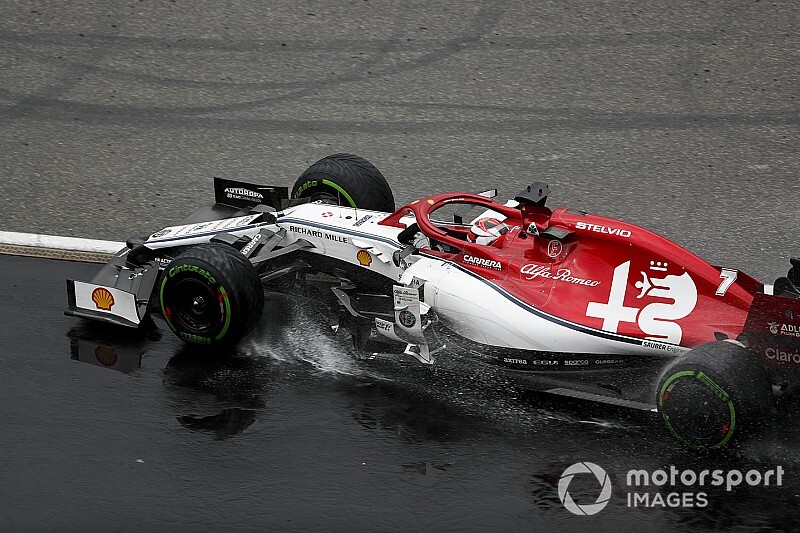 Alfa Romeo Formula 1 team boss Fred Vasseur says that the Swiss outfit has the “grounds and evidence” to have the German Grand Prix penalties for Kimi Raikkonen and Antonio Giovinazzi overturned on appeal.

Raikkonen and Giovinazzi finished seventh and eighth on the road in Hockenheim, but both received 30-second penalties for clutch offences at the start, dropping them down to 12th and 13th.

The FIA stewards deemed that the clutches of the two cars operated in a way that potentially gave the drivers an advantage at the wet standing start, in effect mimicking traction control.

The circumstances of the start were highly unusual, with four formation laps behind the safety car followed by the first standing start on wet tyres since the rules were changed to allow the race director that option.

After the verdict Alfa submitted a notification of its intention to appeal the decision.

“It is extremely disappointing to have both cars penalised and pushed out of the points in what had been such an exciting race,” said Vasseur in a team statement.

“The situation arose during the laps we spent behind the safety car ahead of the standing start – we suffered a dysfunction of the clutch that was beyond our control and we will further investigate the issue.

“We respect the FIA’s process and the stewards’ work, but will appeal this decision as we believe we have the grounds and evidence to have it overturned. In this regard, we will be in touch with the FIA soon.”

Speaking to Motorsport.com before the verdict was handed out Vasseur admitted that the team had hoped for more, especially as a podium finish for a midfield team was up for grabs.

“I think we missed the opportunity at the last but one safety car, we pitted one lap too late. The issue is that we are fighting with Toro Rosso, and they scored more points than us.

Alfa Romeos penalised, Hamilton and Kubica in the points