Vergne says he's been approached by F1 team for 2019

Formula E champion Jean-Eric Vergne says returning to Formula 1 is a possibility next season after being approached by a team.

Vergne was dropped by Red Bull at the end of 2014 after three seasons racing for its junior team Toro Rosso.

He has since become a leading FE and LMP2 driver, clinching the electric single-seater series' 2017/18 title and racing in the World Endurance Championship and European Le Mans Series.

Vergne told Motorsport.com that the aftershocks of Daniel Ricciardo's surprise move from Red Bull to Renault could facilitate an unexpected comeback as he has "talked to a team, but it's not Red Bull".

"It's very funny, two years ago F1 was something that would never open its doors to me," said Vergne, speaking on the latest episode of The Autosport Podcast.

"Today, it's not completely opened, but I'm talking to some teams and things are starting to move a little bit. With Daniel going to Renault it changed completely the driver market.

"To have some teams calling me to know what I'm going to do next it feels like 'ah, I exist!' for Formula 1.

"What would be really nice is to have a proper chance in F1.

"I have got some unfinished business there and with everything I've learned lately, how much I've improved, I think it would be a completely different story."

Mercedes is retaining Lewis Hamilton and Valtteri Bottas next season, with Ferrari set to pair Sebastian Vettel with either Kimi Raikkonen or Charles Leclerc and Pierre Gasly to be Max Verstappen's new Red Bull teammate.

Carlos Sainz will move to McLaren to replace the outgoing Fernando Alonso, with his teammate, plus seats at the other midfield teams – Force India, Haas, Sauber, Toro Rosso and Williams – to be confirmed.

Vergne said he would only go back to F1 if he has the chance to do more than make up the numbers and believes he has become a "credible" option for teams.

"It's a possibility," he said. "I wouldn't like to go back to a team where I wouldn't have the chance to prove myself.

"I have a certain level of popularity, I go to a team that cannot score points – after one year everything I worked hard for will disappear.

"Maybe not in one year, but I don't want to put all the hard work and risk it going back to F1 going to a team that could not give me a car that could not fight for [better] positions."

Vergne missed out on the chance to race for Red Bull's senior team when it picked Ricciardo to take Mark Webber's vacated seat for 2014 and was overlooked again a year later as Daniil Kvyat replaced the Ferrari-bound Vettel.

"I'm thankful to everything that has happened to me in Formula 1, bad and good," said Vergne. "With who I am [now], definitely things would turn out in a completely different way." 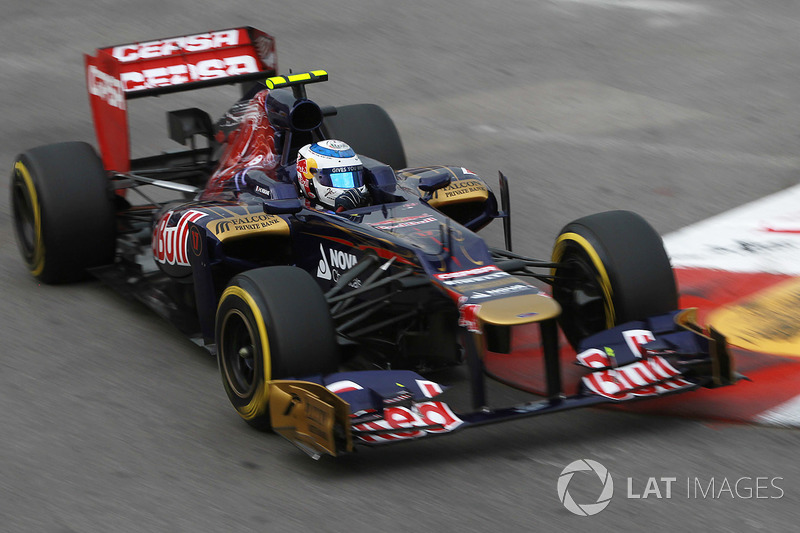