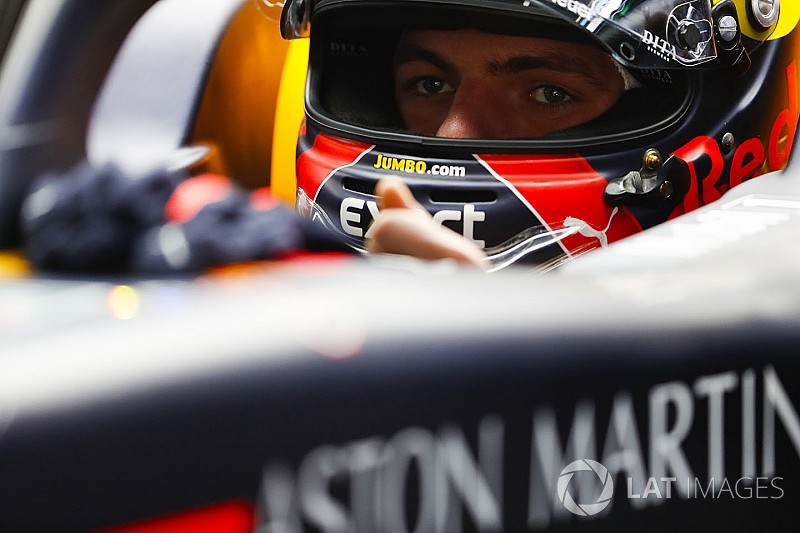 Max Verstappen has admitted he was to blame for the clash with Sebastian Vettel in the Chinese Grand Prix that cost him a podium chance.

The Dutchman was pushing through the field and fighting Vettel for third place when he made a late move at the hairpin on lap 43 – clashing with his Ferrari rival and pitching both into a spin.

The FIA stewards ruled that Verstappen was at fault for causing the collision and handed him a 10-second penalty, which dropped him from fourth to fifth in the end.

Speaking after the race, Verstappen confessed that he had got it wrong.

“I could see he was struggling on the tyres and tried to brake late in the corners,” said the Red Bull driver. “I locked the rears and hit him – it was, of course, my fault. Not what I want.

“It is easy to say after I should have waited, and that probably would have been the best idea, but unfortunately it happened.”

Following a spate of incidents in the first three races of the year, Verstappen’s latest clash has prompted suggestions that he may need to stop being so aggressive.

But pushed on whether he needed to turn the aggression down, Verstappen said: “It is easy to comment. At the moment it is not going the way I like of course, but does it mean I have to calm down? I don’t think so.

“It is very unfortunate those things happening and I need to analyse everything and try to come back stronger for the next races.”

Vettel spoke to Verstappen in the post-race parc ferme to make clear his unhappiness at the incident, which dropped him down the order to eventually come home in eighth place.

“I didn’t see him until very late,” said Vettel. “I left a little bit of room as well. To be honest I was expecting him to come earlier.

"I had no intention to resist him because I saw with Daniel [Ricciardo] as well there was no point in doing so. They were just too fast on the fresh tyres.

“So I didn’t want to compromise my race to the guys behind. But he made a mistake, he locked up, which happened. I guess he misjudged and sort of compromised both our results.”

Asked about whether he felt Verstappen needed to calm down, the Ferrari driver said: “He has done enough races, but this can happen to also if you have done 300 races.

“You mustn’t forget that inside the car the judgements are very difficult to make but you have to ultimately have these things in mind and make sure you don’t crash.

"He could easily have taken his front wing off or have a puncture. So we were both lucky.”