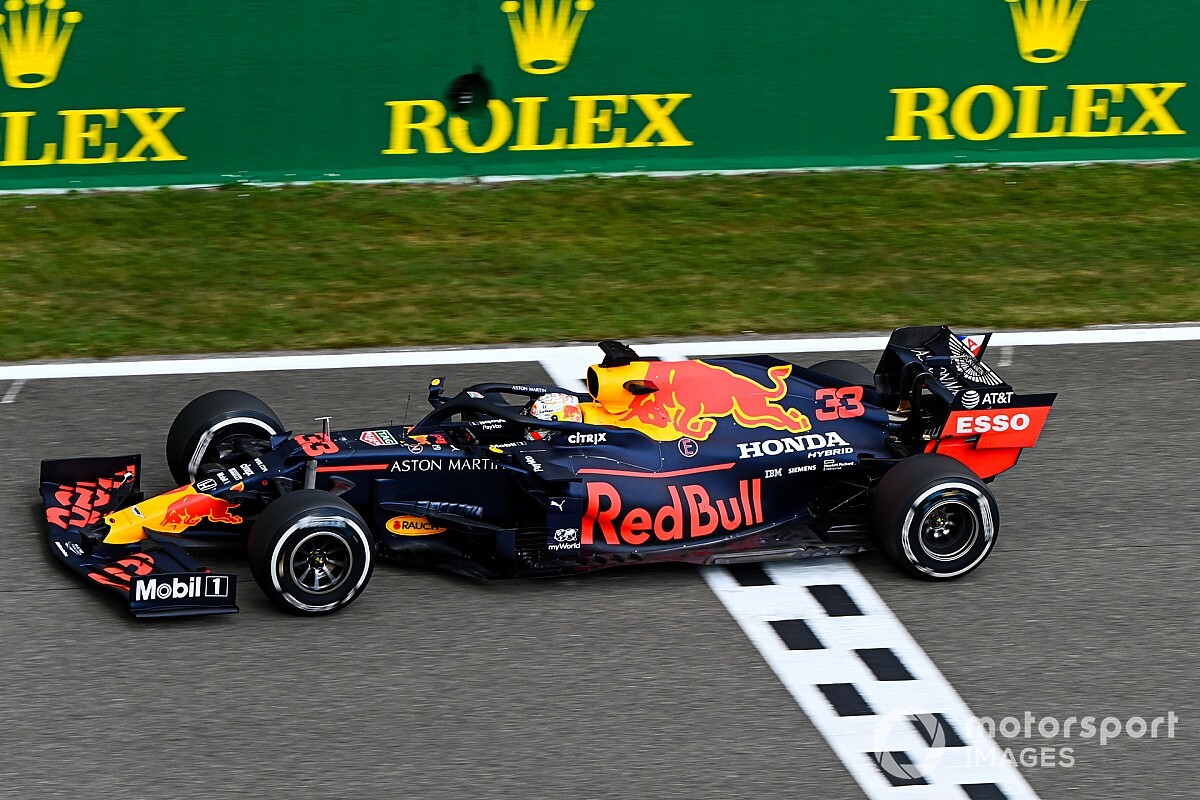 Verstappen spent every single lap of the race running third as he struggled to take the fight to the Mercedes pair of Lewis Hamilton and Valtteri Bottas ahead.

Verstappen made an earlier than planned switch to the hard compound tyre following an early safety car, forcing him to then manage his pace for the remainder of the race to pull off a one-stop strategy.

The option Red Bull had to switch to a two-stop strategy was compromised by Renault's Daniel Ricciardo, who sat within Verstappen's pit stop window in fourth place.

Verstappen explained after the race that he was forced to manage his tyres for the majority of the race, something he found disappointing at a track as exciting as Spa.

"On the hard tyre I was trying to follow Valtteri a bit, and then they told him to speed up, so I lost of a bit of ground," Verstappen said.

"Then we discussed if we should do a pitstop, and I had Daniel in my pitstop window, so I said let's go to the end then, and manage it.

"It's a shame, it's such an amazing track, and then we can't really push. It was pretty boring, to be honest. It's a shame. I really enjoy driving here.

"We did 44 laps, right? I probably spent 38 of them managing a lot. It's not been the most exciting [race] today."

Red Bull team principal Christian Horner said that one-stop races such as the Belgian Grand Prix were "always boring", and that a variety of strategy options would help spice up proceedings.

"You need to have two to three stop races," Horner said. "I think that mixes the order up, it mixes the strategy up. We've always seen that one-stop races where drivers are driving under the tyre trying to conserve the tyre, is very tough.

"You need some more variety of strategy in order to create offsets between the cars.

"The most fundamental thing that we need to do is to increase the amount of strategies that you can go into a race with.

"Pretty much every one elected to take a one stop strategy there. And that's never going to produce an exciting grand prix."