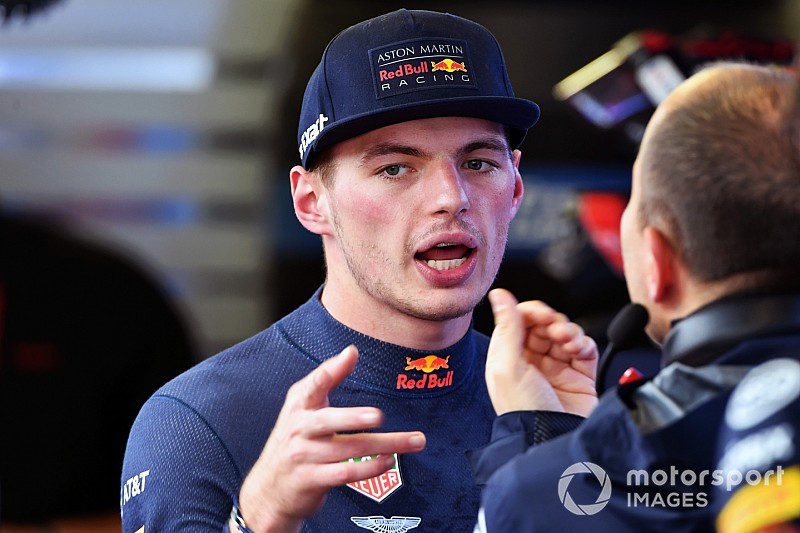 Max Verstappen says an ongoing problem with his Red Bull Formula 1 car under braking cost him any chance of pole position for the Mexican Grand Prix.

Verstappen held provisional pole after the first runs in Q3 but failed to improve on his second lap and was pipped to pole by teammate Daniel Ricciardo.

After dominating practice, Verstappen revealed he has been battling a peculiar rear-locking problem since Friday afternoon and said "the whole qualifying was crap" as a result.

"It was just not good," he said. "I was struggling the whole qualifying with the same problems I had in FP2, where I had a lot of rear locking on the downshifting and when I come off-throttle.

"The behaviour was not correct, we couldn't do anything in qualifying so I had to go forward on the brake balance to try to stabilise the whole car.

"It's not how you want to do qualifying, normally you go more aggressive with all the tools."

Verstappen held onto a front-row start despite an improvement from Mercedes' Lewis Hamilton.

When asked by Motorsport.com if he felt his pole position was vulnerable after the first runs because of his problems, Verstappen said: "Let's say it like this: I was surprised I was [provisionally] first in Q3, because I didn't feel good at all.

"It's just really difficult to anticipate those things. I was driving around the issues and in qualifying that's not what you want."

Missing out on pole position stopped Verstappen from becoming F1's youngest-ever polesitter, which means he needs to top qualifying in either Brazil or Abu Dhabi to break Sebastian Vettel's record.

He cut a glum figure after the session but Red Bull team boss Christian Horner backed Verstappen to bounce back in Sunday's race.

"He'll reflect on it tonight," Horner told Motorsport.com. "In reality it was the last sensible opportunity for him to claim that youngest ever pole position winner, it's the last thing missing from his record.

"We'll discuss the race before the race in the relevant briefings. But I'm sure he'll race well tomorrow, and it's important that we convert these grid positions into good points."