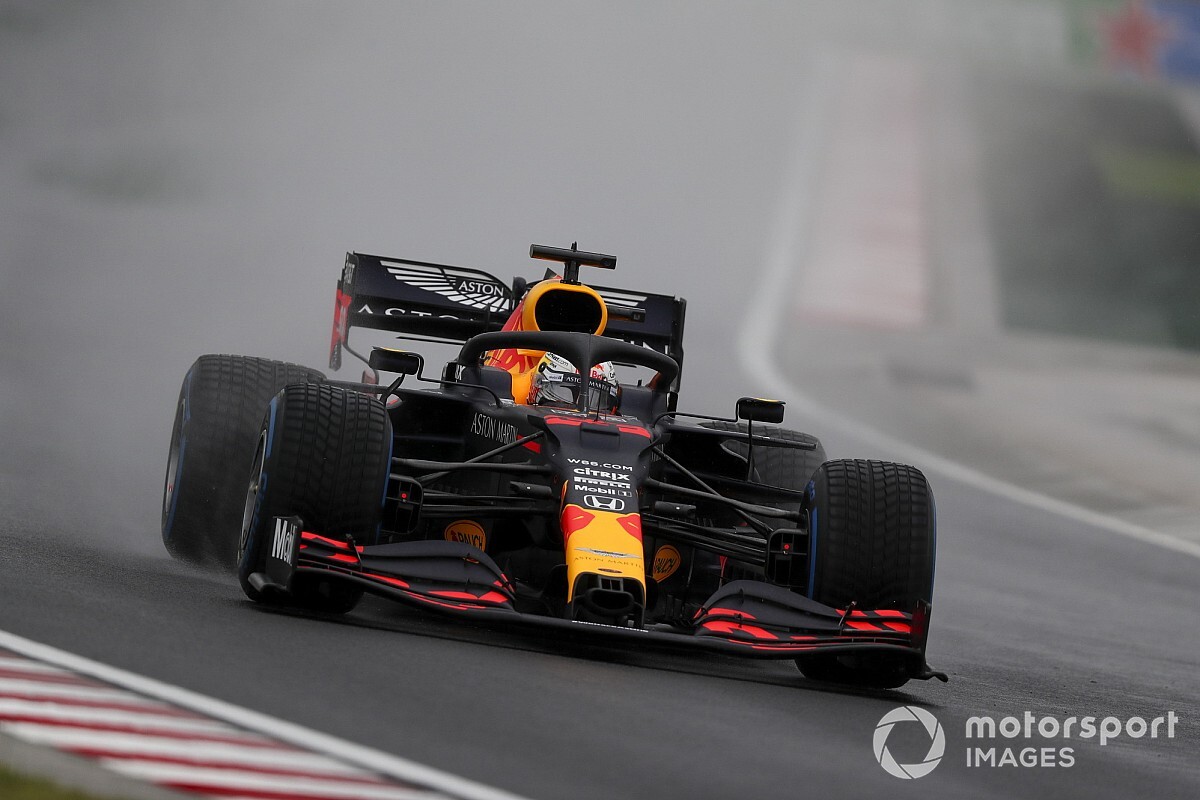 Max Verstappen's participation in the Hungarian Grand Prix is in doubt after crashing his car en route to the grid on Sunday.

Rain in the build-up to the race start left the track wet, forcing drivers to complete their reconnaissance laps to the grid on the intermediate compound tyre.

Verstappen lost control of his car at Turn 12 on his way to the grid after locking the front-left tyre, losing the rear before sliding sideways into the barrier.

The collision tore the front wing from Verstappen's Red Bull RB16 car, and also left him with suspension damage.

Verstappen reported over the radio that it was "suspension, everything" that was damaged, but managed to get his car to the grid, where he is due to start seventh.

The Red Bull team was seen finding a replacement front wing for Verstappen's car that was taken to the grid for repairs to continue.

Teams are permitted to complete repairs on the car under parc ferme conditions, but must replace all parts with those of the same specification.

It comes as the latest setback for the Red Bull team after a difficult weekend that saw both Verstappen and teammate Alexander Albon struggle in qualifying on Saturday.

Verstappen could only qualify seventh, despite being talked up as a potential rival to Mercedes for race victory, while Albon failed to make it through Q2, finishing 13th.

Albon reported en route to the grid that the car was "hard to drive".

The Red Bull mechanics were seen on the grid working hard on the front of the car during the national anthem, leaving them in a race against time to get Verstappen into the race.

Should Verstappen fail to take the start, it would mark the first DNS in 105 races.

Verstappen explained on Saturday after qualifying that the issues with the RB16 in Hungary were not set-up related, but the team was still unsure of why it was lacking so much balance.

"[There's] understeer, oversteer, lack of grip - not having a lot of top speed as well," Verstappen said. "So everything together just makes it slow.

"Of course if we would have understood, then we would have changed it or made it better.But clearly something is wrong still. We're still looking into it."

The Hungarian GP as it happened