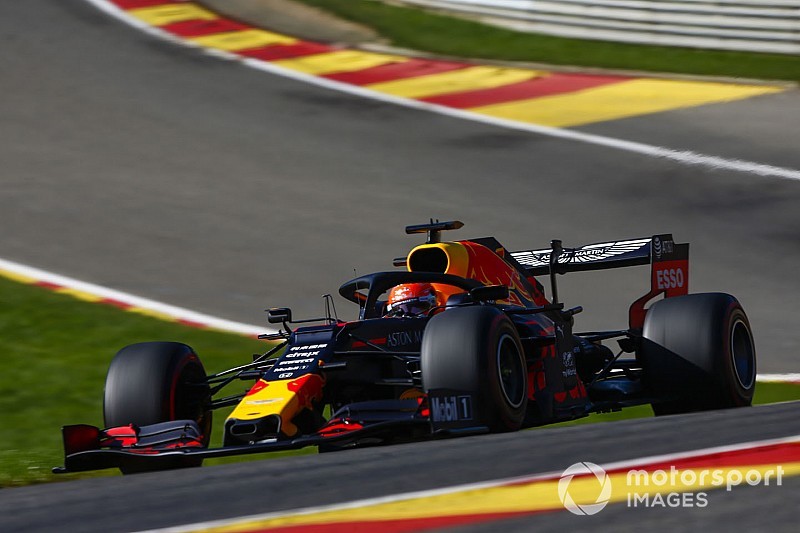 Red Bull Formula 1 driver Max Verstappen doesn't expect the power unit issue he has struggled with all weekend at Spa to be a big handicap in the race.

Verstappen's Honda engine consistently gone into an error mode when he tried to run it in high power qualifying trim, forcing him to do a reset.

He eventually qualified fifth, behind the four cars from Ferrari and Mercedes.

"All I can say from my side is the whole weekend we couldn't use our normal power modes," said the Dutchman.

"All the time I wanted to go up on power like we normally do every weekend the engine somehow went into an error.

"I had to run quite conservative in qualifying, so even compared to our normal power, we were down. It cost us a couple of tenths, which is of course not what you want around Spa.

"The whole weekend same problem. We know what it is, and I need to do two changes on the steering wheel to get it back to normal."

Asked if it would impact him in the race, he said it would only be an issue when fighting a rival who could use a qualifying mode to defend.

"I don't think so. You can't really use many times your qualy performance in the race. I think it should be fine. It's just Mercedes and Ferrari can defend a few times with qualy mode, that's it."

Verstappen expects to be able to challenge the two Mercedes drivers who start ahead of him, but he believes that the Ferraris are out of reach.

"I expect the Ferrari cars to be ahead, because with their top speed even if you were to be faster than them you wouldn't get them on the straights. They will be difficult to beat.

"Like I said you have the top speed advantage so you can look after the tyres a bit more in the corners."

Prost: Hubert's death shows safety needs to be "even better"