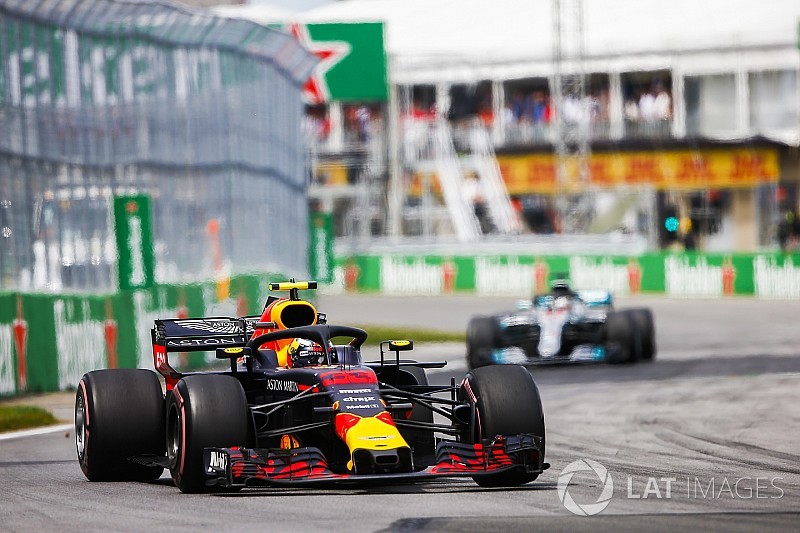 Verstappen has been under increasing pressure following a string of incidents in early 2018, culminating in the practice crash in Monaco that left him at the back of the grid.

He bounced back in Montreal last weekend by topping all three practice sessions, earning third on the grid when Red Bull and its Renault powerplant was leapfrogged by Ferrari and Mercedes' qualifying engine modes, and then finishing on Valtteri Bottas's tail for third in the race.

"Generally for the whole team it's a real relief to have both cars in the finish," Marko told Motorsport.com.

"One podium, one fourth. And also, for Max, all these stupid critics are stopping.

"He did the best time in practice three times, he qualified third, and he didn't do anything wrong, not one little bit of damage, not even a rim.

"So that's what we expect from him, and I'm sure there will come more races like that. "He delivered, so I think he gave the right answer."

Marko was pleased with Red Bull's Canadian pace considering Montreal is regarded as a power track, and felt Verstappen got the best result possible given the difficulty in overtaking during last weekend's race.

"You saw the speed, [Daniel] Ricciardo did fastest lap on the last lap [which was later removed because of the chequered flag confusion], and Max was catching dramatically on Bottas," said Marko.

"So maybe we should have attacked a little bit earlier.

"[But] it looks like overtaking is forbidden [in Montreal]. I think it was the maximum."

Helmut Marko Canadian Grand Prix 2018Red Bull diverged from its main rivals by running hypersofts in Q2 and therefore starting the race on them, while Ferrari and Mercedes favoured ultrasofts.

Marko said there were no regrets about that strategy, and felt it was key to Ricciardo jumping Lewis Hamilton in the pitstop sequence to secure fourth.

"The tyres were the best choice we had to gain places," Marko added. "It worked with Ricciardo, it nearly worked with Max."