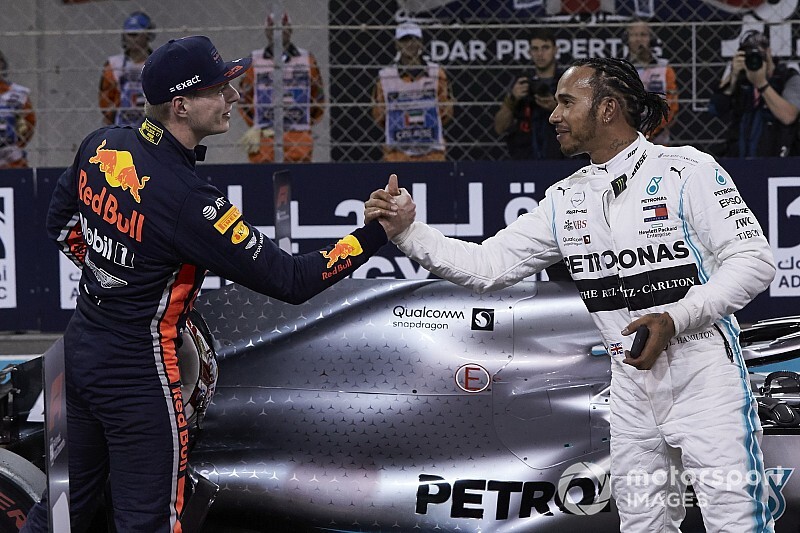 Max Verstappen believes Red Bull can deliver him a Formula 1 car this year to take the fight to Mercedes, as he insisted that Lewis Hamilton was ‘good but not God.’

With the Dutchman having come off the back of an encouraging first season for his Milton Keynes-based team with Honda, which netted three wins, his sights are set on being able to challenge for the world championship this year.

And although main rival Hamilton was in brilliant form last year as he grabbed his sixth F1 title, Verstappen says that things will be very different if Red Bull can start putting pressure on the Briton.

“It's very car dependent, of course in F1” said Verstappen during a Red Bull media event in London. “At least when you can put the pressure on them, of course, it's a lot harder for the guy.

“If you never really have pressure, then you can always drive it with 97/98 percent and you never make mistakes, or just have one [bad] weekend out of 21 or 22.

“So even if we start within two tenths, you know, you can really mount the pressure. And of course, I would like to start straight away there because then it's really on.”

While Hamilton’s sixth title success has sealed his place as one of F1’s greatest ever drivers, Verstappen say he does not view the Briton as someone who cannot be defeated.

“Lewis is very good, he is definitely one of the best, but he is not God,” said the Dutchman. “Maybe God is with him but he's not God.”

Verstappen says that the mood inside Red Bull is positive about the efforts they have made over the winter.

“I think last year already it was good, especially in a transition year like we had, it was very promising,” he said. “We really want to mount a challenge to especially Mercedes and I think we can do that.

“Of course we have to wait and see from testing, but I'm very much looking forward to it. Everybody's fired up. Everybody's very motivated, especially also coming off last year in the end. You know, I think we were very competitive.

“We knew where we had to work on but you know, you cannot solve that within two, three weekends, so because we tried a few things to learn and understand for this year, we are working in the right direction.

“But of course now it's also up to us to develop more than Mercedes and Ferrari during the winter. We have to start strong from the very first race, we have to be there.”

And while he suggests that Hamilton can be rattled by being put under more pressure this year, Verstappen thinks that his Red Bull team operates to its best when stress levels are high.

“It's under pressure situations like in Brazil, for example, but also some other difficult races like in Germany, that you can see that the team is really excelling compared to the others,” he said.

“So I'm also looking forward to when we get that fight and we are really close, and I'm pretty sure that we can do better.”

Red Bull will shakedown its new car at Silverstone on February 12.