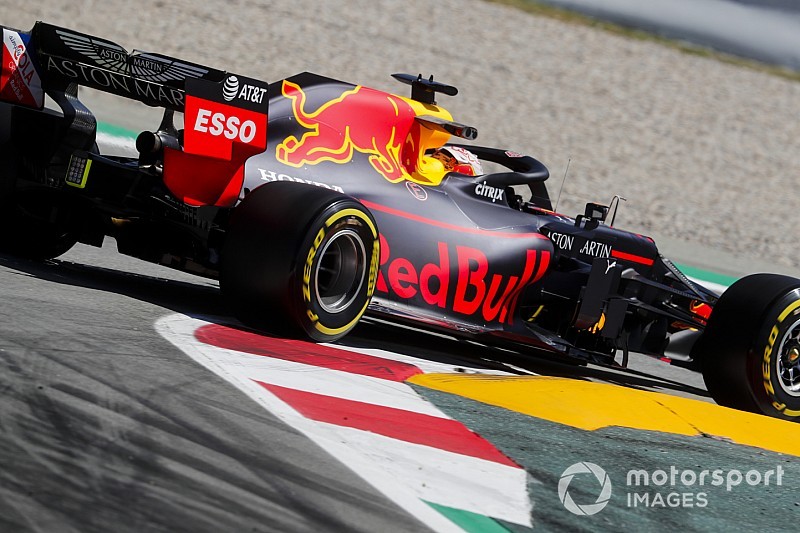 Max Verstappen has undergone a Honda power unit change after experiencing an oil leak in first practice for the Spanish Grand Prix.

The Dutchman had started the day with the Spec 1 unit that he used in the first three grands prix of the season.

It was replaced by the latest Spec 2 for the Baku weekend, but retained for Friday practice use, as it still had plenty of mileage left on it.

The team had planned to switch both Verstappen and teammate Pierre Gasly to the Baku Spec 2 units from Saturday morning in Spain, so in the former's case it has happened one session early.

The potential problem for Red Bull Racing is that the oil leak could be a sign of a serious issue that means that Verstappen's Spec 1 engine is no longer usable.

If that proves to be the case, it might have to be dropped from the pool earlier than planned, thus potentially edging Verstappen closer to penalties later in the season.

"Both cars started FP1 with Spec 1 PUs with a plan of changing them for Spec 2 tonight, therefore Max's PU change has happened just one session earlier than planned.

"Pierre continues to use the spec 1 PU for FP2 and his PU will be switched to Spec 2 tonight, as per the original plan. Further investigation on the cause of the oil leak will now be carried out."