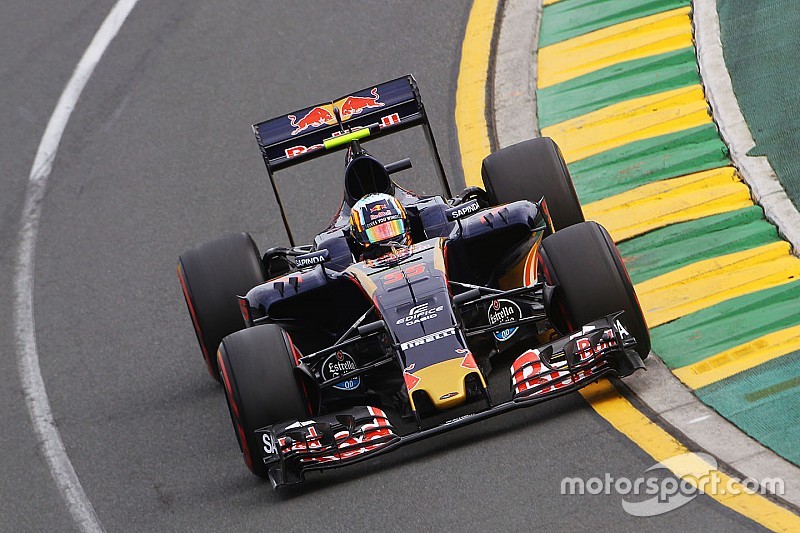 Max Verstappen has stated there are no issues with Toro Rosso teammate Carlos Sainz Jr., despite the tensions that surfaced during the Australian Grand Prix.

The Dutch driver was angry about the team's race strategy and asked for Toro Rosso to order Sainz to let him through because he was quicker.

The duo even made contact late in the race, with Verstappen ending up spinning.

But the Dutchman says he has moved on from that, and claims his relationship with Sainz is fine.

"To be honest, it doesn't really feel such a thing," Verstappen said in an interview with Laureus.com. "First of all, I'm always focusing ahead.

"So for me, to be honest, it doesn't really affect me as a struggle. We want to beat each other on track, but I think everybody wants to beat their teammate, and off-track, everything is going well, so there are no issues there."

Sainz himself had also downplayed the controversy earlier this week, saying he did not expect the incident to affect the team.

"We were both a bit not knowing what has happened, what was going on, but I'm convinced there will be no issues," said Sainz.

"There's actually nothing to talk about. If you think about the race, what do you need to talk about? Nothing.

"We were just both fighting for position a lot. It's all sorted and there are absolutely no issues, I promise."

Analysis: What's prompted the GPDA to speak out