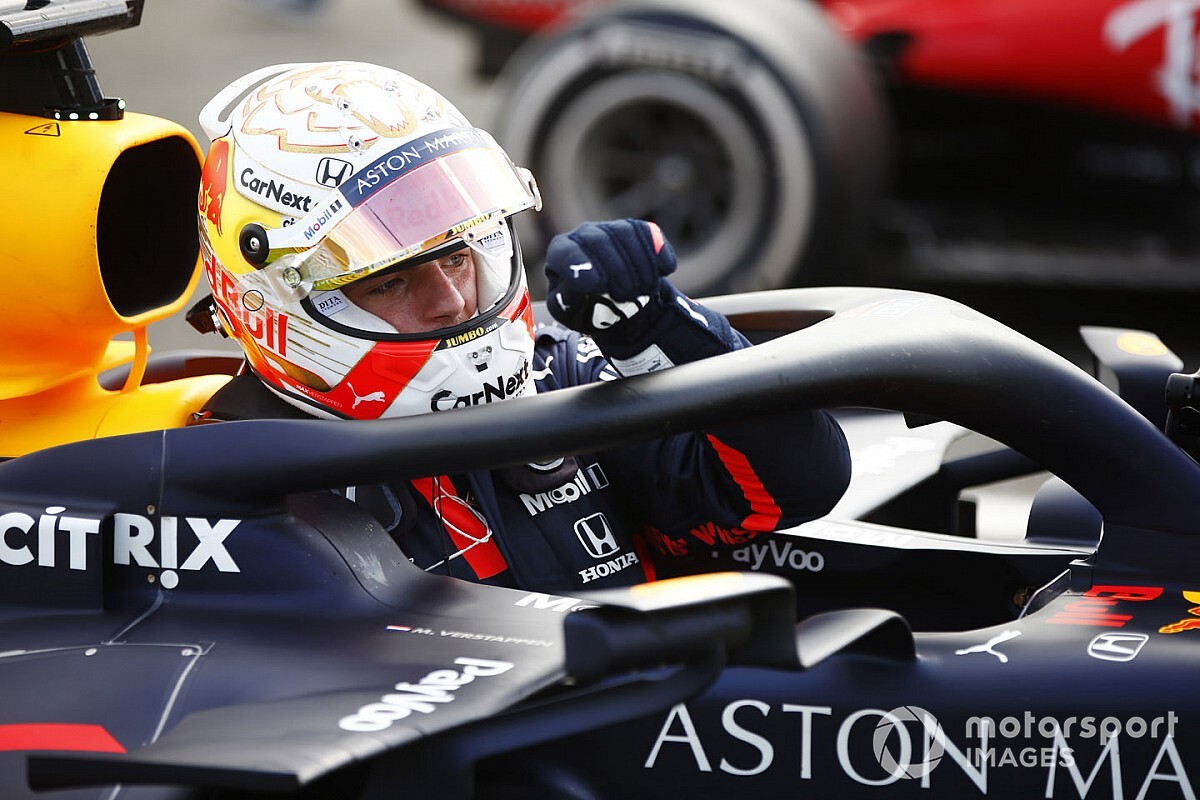 Red Bull Formula 1 boss Christian Horner says there was "no guarantee" Max Verstappen would have made it to the end of the British Grand Prix without his late stop.

Verstappen was promoted to second when Mercedes' Valtteri Bottas suffered a front left puncture with three laps to go on Sunday at Silverstone.

Given a pitstop's advantage over third-placed Charles Leclerc, Verstappen pitted for soft tyres on the penultimate lap in a bid to gain a point for fastest lap.

This gave leader Lewis Hamilton a lead of over 30 seconds, which proved crucial when his front left tyre failed halfway around the final lap.

The Mercedes driver miraculously made it to the chequered flag 5.8s ahead of Verstappen – the Red Bull driver's stop seemingly costing him victory.

But Horner says there was no guarantee Verstappen wouldn't have suffered the same fate as the Mercedes duo, revealing the hard tyre which came off the Red Bull at the late stop had "a lot of cuts in it".

"We were particularly concerned with Valtteri getting that puncture, because Max had reported big vibrations as well," Horner told Channel 4.

"So we elected to make the pitstop and the tyre that's actually come off the car, it's got a lot of cuts in it as well.

"So, it's no guarantee he [Verstappen] would have got to the end of the race.

"So, while it feels we missed out a bit with Lewis' luck at the end there, if we had have stayed out, there's no guarantee that we would have gone around the lap without picking up a puncture.

"So, I think we just have to be grateful for what we've benefited from Bottas, but [we] feel a little bit unlucky.

"Lewis' luck rolls with him at the moment, that we missed out on the victory. But, congratulations to them. They had a very dominant car today."

The 2013 British GP was blighted by tyre failures, with Hamilton losing victory because of a rear failure. The actual construction of the tyre was deemed the cause of those failures.

Numerous drivers visibly suffered blistering on their hard tyres later in the race, which Horner says makes the rubber "vulnerable".

"I think you can see the tyres started to pick up some blistering and I think once they get exposed, any kind of debris on the track can puncture the tyre quite easily," he added.

"So, once they get that band [of blistering], you are quite vulnerable.

"And of course, there was a few incidents today. Maybe [because of] a bit of debris out on track and, there's three or four cars I think had the punctures at the end there.

"Disappointing to miss out on a victory. But I think we'd have taken that before the race."