© 2021 Motorsport Network. All rights reserved.
TV Buy tickets Store
Previous / Horner: Ocon "lucky to get away with a push" in Verstappen row Next / Verstappen: Ocon a "p***y" after the race
Formula 1 / Brazilian GP / Breaking news

Verstappen and Ocon summoned over shoving

Max Verstappen and Esteban Ocon have been summoned to the Formula 1 stewards over the post-race altercation prompted by their Brazilian Grand Prix collision. 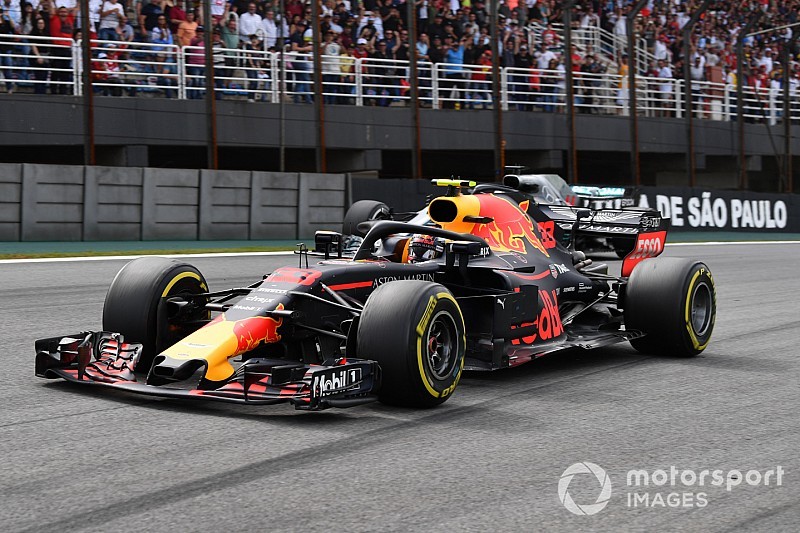 Red Bull driver Verstappen had been leading the race when pushed into a spin by Ocon's Force India, which was trying to unlap itself having pitted for new supersoft tyres.

The incident cost Verstappen victory, and afterwards he confronted Ocon while they were being weighed

Verstappen was filmed pushing Ocon several times while they argued.

Both drivers must now appear before the stewards at Interlagos to assess whether either contravened article 12.1.1 of the FIA International Sporting Code.

Verstappen finished the race second behind Lewis Hamilton, while Ocon was given a stop/go penalty for causing the collision and ended up 15th.

Horner: Ocon "lucky to get away with a push" in Verstappen row