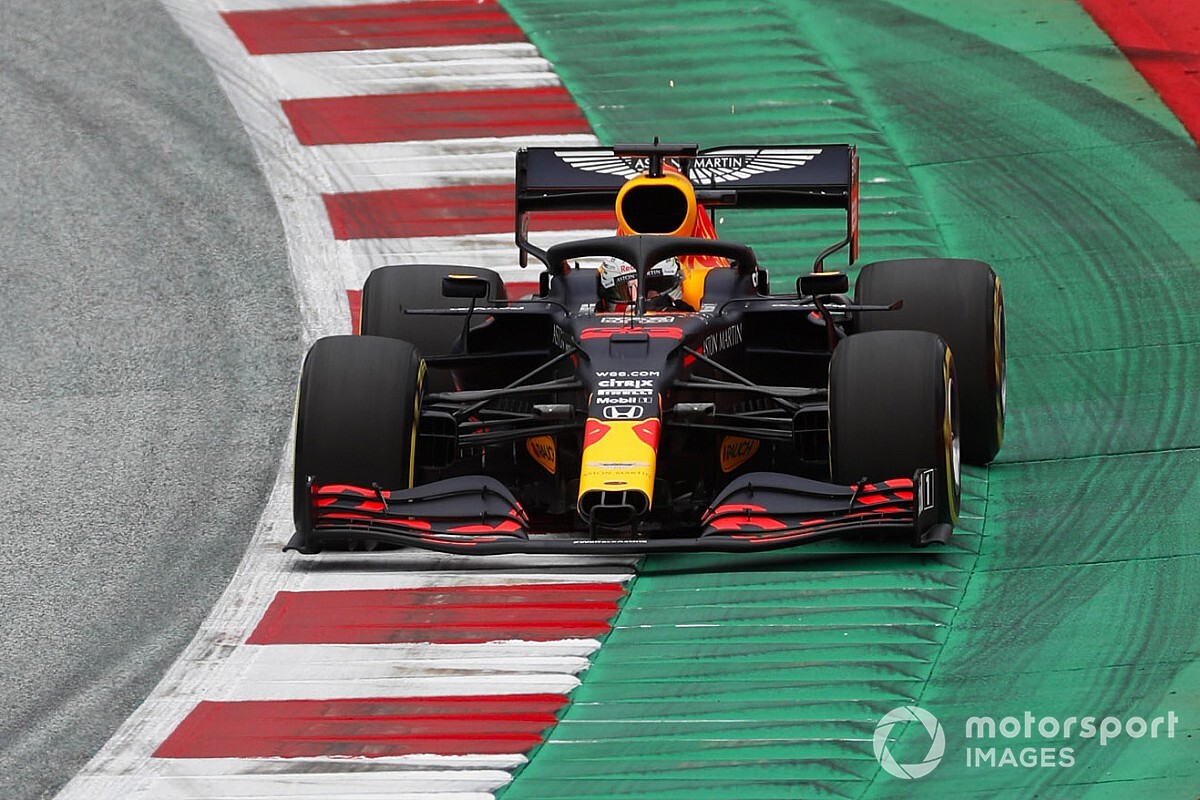 Max Verstappen says Red Bull's true pace in Austrian GP practice was disguised by him breaking his front wing on his fastest lap of the day.

With Red Bull having headed into the F1 season opener with high hopes after what it has called its best winter of preparation since it last won the title, both its drivers had challenging times.

Main rival Mercedes led the way in both sessions, with Verstappen ending up eighth in the afternoon with teammate Alex Albon down in 13th.

But rather than be too concerned about the performance, Verstappen said he remained upbeat about the ultimate potential of his car.

Speaking to Sky, he said: "I think it was a good day. The laptimes didn't really say anything, because I broke my front wing on the fastest lap.

"But we are, I think, confident. There are always things you can do better, but I think overall, it was a good day, and I'm looking forward to tomorrow."

Both Red Bull drivers suffered spins over the course of the day, but Albon said he was not too concerned by what he saw.

"Just pushing," he said. "Obviously in race runs, the car gets a bit more lairy. I pushed it a little bit and had oversteer.

"We know what we want to work on. There are definite areas in the car, short runs and long runs, that we know to address. Everyone has been running different engine modes. We'll see tomorrow."