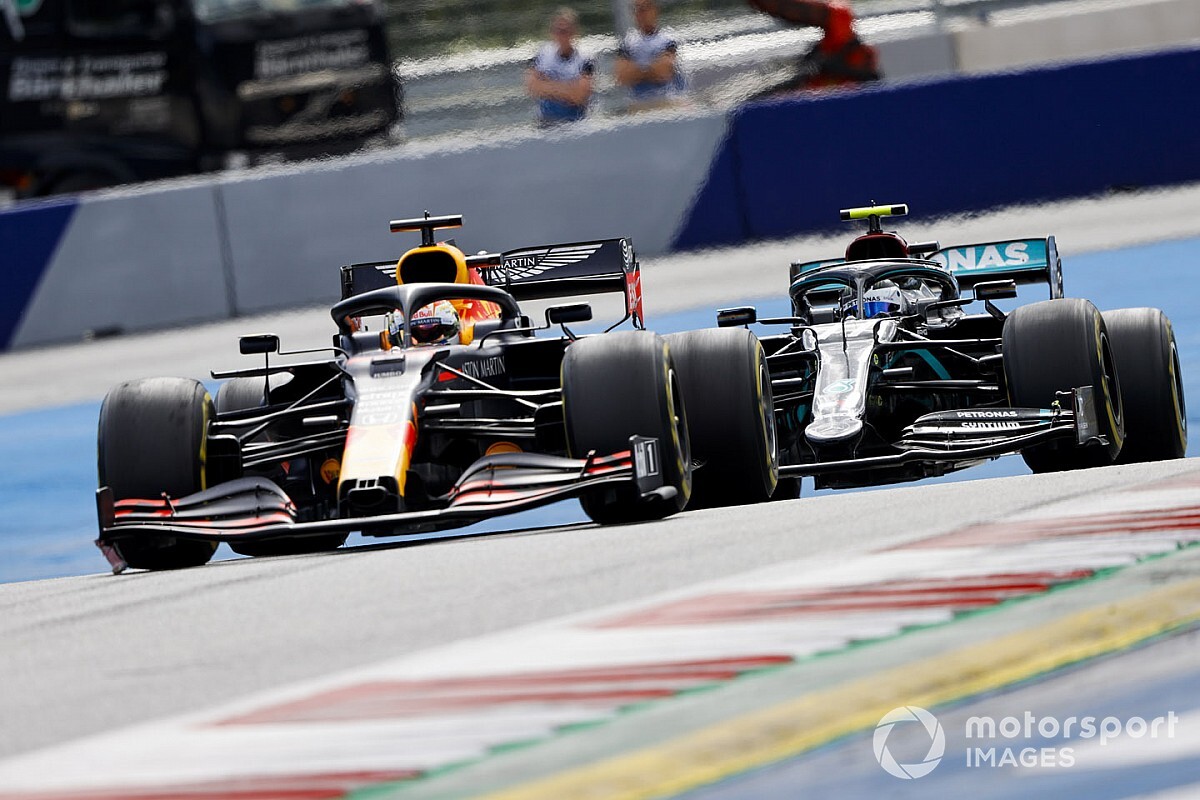 From fourth on the grid, Bottas spent the latter part of the race chasing down Verstappen and, having stopped 10 laps later, his tyres were in better shape.

Although he couldn't make his first attempt to pass stick, Bottas successfully got by the Red Bull driver on lap 67 to claim runner-up spot.

Bottas admitted that he had anticipated that Verstappen would be harder to pass, but the tyre advantage worked in his favour.

"He's always gonna make it hard, there's no doubt about that," said Bottas. "I did enjoy it the first time around. I thought I had it.

"But yeah, he definitely tried to do everything he could to stay ahead. So he was on outside in Turn 3, which I kind of didn't expect. So that's why, second time around, I tried to make sure that it doesn't happen again. It was good.

"We were going through Turn 5 and 6 side by side. But I realised in Turn 6 by the first time around, there's not going to be a space anymore for two cars. So I decided to back off and try again. But yes, as you said, I did have momentum, I had tyre advantage.

"So in the end It was actually easier than what I thought it could be, if I would think about that situation 10 to 15 laps earlier. I thought it was gonna be close and tricky, but in the end I think his tyres fell off."

Bottas conceded that his extended opening stint on soft tyres put him in a strong position with younger mediums for the second half of the race. However, he conceded that he lost some of his momentum lapping backmarkers.

"I was not too worried about the tyres because we did a pretty long stint with the soft, the soft was holding on well, so I had really no big doubts about the medium.

"But of course didn't want to go crazy with the back markers. I think I was a bit unlucky as well that there was some guys racing properly in front of me sometimes, more than one lap. And it really cost me quite a few seconds.

"So it was not as smooth as I wanted in terms of how to clear them. But then I saw and felt immediately once I got into clean air that everything is still pretty good. Tyre temperatures feel fine and I felt the pace.