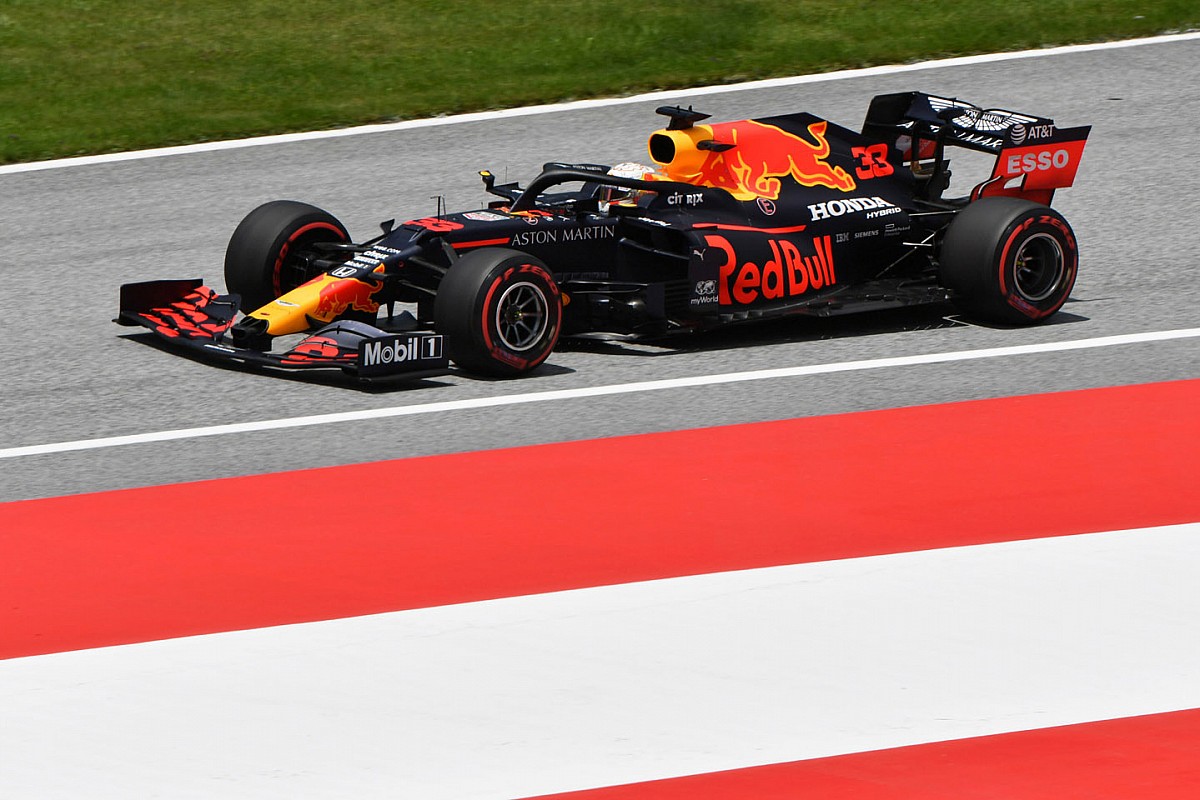 Max Verstappen says balance issues with his Red Bull meant the gap to Mercedes in qualifying for the Austrian Grand Prix was bigger than it should be.

The Dutchman has spent the weekend trying to get the best out of a new wing philosophy that his team has brought to the Red Bull Ring, and he admitted that he still had not got a perfect set-up for qualifying.

After ending up 0.538 seconds adrift of pole position man Valtteri Bottas, Verstappen reckoned that his car had potential to do better, although he was sceptical about being able to beat the dominant Mercedes.

"I wasn't entirely happy with the balance, like some corners were good and some were not," he said. "So then, you know, the gap can be a bit bigger. But still I think half a second is still quite a decent gap.

"But what do you say about it? You know we just need to work harder and try to close up."

While Verstappen said his home fans may be alarmed by how far behind Mercedes he has ended up after promising form in pre-season testing, he still thinks there is promise in the Red Bull package.

"Of course it's not what we want," he said about the half second difference. "But anyway I was not very happy with the overall balance we had in the car.

"As soon as we can sort that a bit better, then maybe it looks already a bit nicer. I don't say that we would have beaten them, but let's see.

"I mean, it's eight races, and we have another weekend here anyway. So we'll just take this on board, learn a lot throughout this weekend, and hopefully we can do better next week.

"I mean there are no dramas yet. Maybe in Holland there is but I don't care. I just focus on myself and the team."

Despite lacking the pace to beat Mercedes, Verstappen thinks there is still a chance to make life difficult for his rivals in the race having opted for a different starting tyre strategy.

He scraped through Q2 on the medium, and that could help him with temperatures expected to be much warmer for Sunday's race.

"Clearly today Mercedes was on a different level, unfortunately, Let's see how we can do tomorrow.

"Last year we were also a little bit off in qualifying, so I expect we are a little bit better in the race. I'm the only one on a different tyre in the top 10, so I'm just looking forward to it. We have nothing to lose, so I'll try to make it as difficult as possible for them."