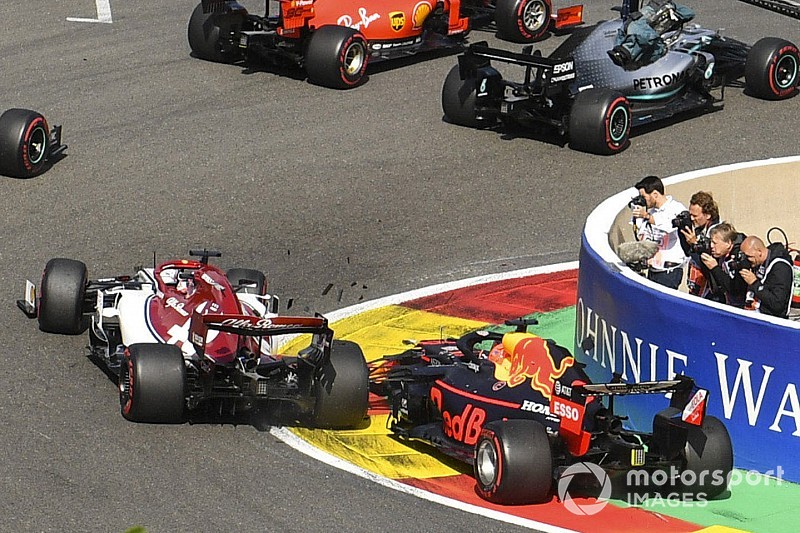 Max Verstappen says it is "really hard" for Red Bull and Honda to solve the problem affecting his starts in Formula 1 this season.

Verstappen has won two grands prix this season but both of those came after poor getaways in Austria and Germany, while he clashed with Kimi Raikkonen at the first corner last weekend in Belgium trying to recover from another slow start.

The 21-year-old switches to Honda's latest Spec 4 engine for the Italian Grand Prix and will start Sunday's race at the back of the grid.

Asked by Motorsport.com if he and his team had got to the bottom of his poor start at Spa, Verstappen said: "We know what the problem is, but it's really hard to solve.

"Hopefully now with the new engine it will be a bit better. As soon as I release the clutch, that bit afterwards, we seemed to struggle a bit."

Verstappen thinks the start procedure has been done "well" and that "I don't think I'm doing anything wrong".

He suspects "it's more about how the engine delivers the torque at low rpm", although the spec of the engine is not believed to be the problem, and startline performance is defined by various factors.

Verstappen said the penalty for a bad start seems to be harsher this year than in previous years, when if "I had a bad start, I wouldn't lose position, and if I had a good start I would overtake someone".

"Now, if I have a good start, I keep my position, and if I have a bad start I lose one or two positions," said Verstappen.

"That is the tricky bit, whereas last year if you had a little minor issue, it would still be fine, because we still had the traction coming off.

"Somehow this year when I release the clutch we immediately sometimes get too much wheelspin. The tyres being cooler, maybe they play a part in that.

"Of course it's not an excuse. Still I think we can do better, and hopefully with the new engine, it will be better."

Verstappen accepted that spotlight is on him more than the other Honda drivers because he has been the lead threat among that quartet through 2019.

He admitted "it looks a bit worse" when he has fallen away from the first two or three rows of the grid but insisted "it's not all bad".

"We've had decent starts where we don't really gain a position, but we are there, or like in Hungary, we stayed first," said Verstappen.

"Some tracks maybe we didn't get on top of it that well, but at the moment it's just a bit too sensitive. We have to find a way to be a bit more robust, so even with a bad start it's still working OK."

Win lifted "quite a bit of weight" off Leclerc's shoulders