Red Bull wants to get back to dominating F1 - Verstappen

Max Verstappen says his Red Bull team wants to go back to "dominating" Formula 1, and believes its staff has retained a "winners' mentality". 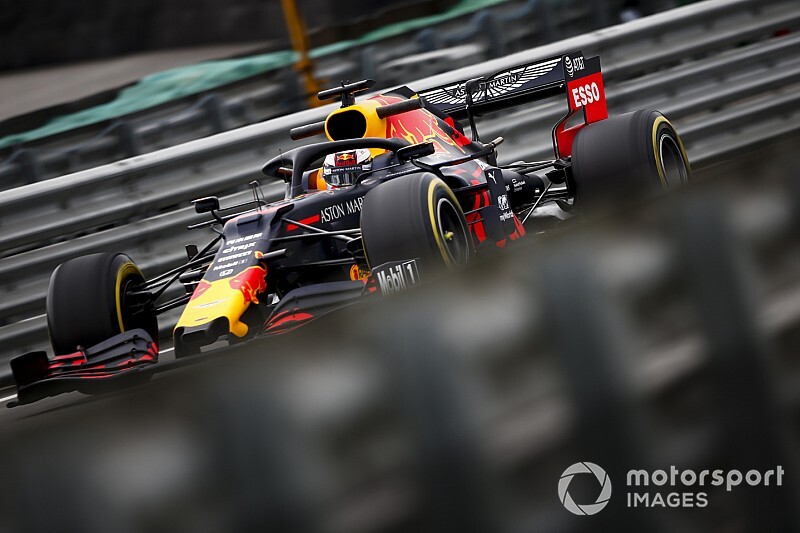 Between 2010 and 2013, Red Bull won four constructors' titles and four drivers' championships with Sebastian Vettel, who at the end of '13 equalled Alberto Ascari's record of nine consecutive grand prix wins.

However, no Red Bull driver has come to even within 100 points of the title since the hybrid era began the following year.

Despite this, Verstappen - who has won eight races for Red Bull since stepping up to the team in 2016 - has signed a contract extension that will see him remain at the outfit through 2023.

Speaking to Motorsport.com prior to the announcement of his new Red Bull deal, Verstappen said: "It's just very nice to be in the team, it is really enjoyable, a lot of fun, which I think is also important in the team.

"Everybody gets along very well with each other. And we all want to win, we have the winners' mentality.

"Everybody at the track and back at the factory, they are also motivated to show everyone that we can get back to those winning days of Red Bull dominating. We just want to try and recreate that."

Asked whether this target was akin to what Mercedes has assembled around Lewis Hamilton, Verstappen said: "Yeah. We're all working on the same target. It is winning races, winning the championship."

Verstappen has worked with race engineer Gianpiero Lambiase since his first year at Red Bull, and believes that team-up "has worked out really well".

"I think we are both very straightforward. We're very honest," Verstappen said.

"And we can say to each other when we do a bad job. I like that.

"And he's also a guy who doesn't talk too much. I don't like someone who's talking just to talk, giving me more messages - because for me, that is just not working. And he's exactly the same, so he likes that as well.

"So short, quick communication is for me the best and, over the years, you get to know each other as well. You spend a lot of time with each other. Sometimes I think he can just guess already what I was going to say."