Verstappen: Red Bull forced to revert to Renault Spec B

Max Verstappen says Red Bull’s hands were tied in having to go back to an older Spec B Renault engine in Russia, because the newer version cannot run at future high-altitude races. 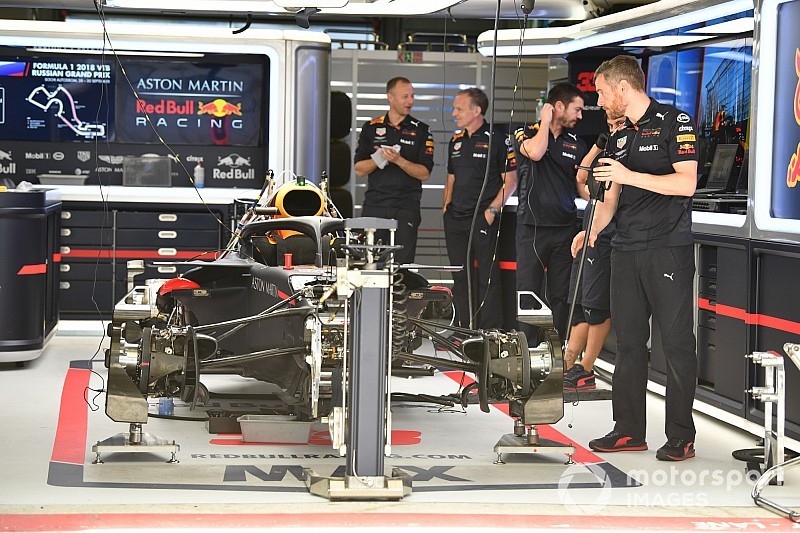 Red Bull has elected to move both Verstappen and teammate Daniel Ricciardo back to a Spec B version for this weekend’s race in Sochi, despite having been impressed by the more-powerful Spec C since the Italian Grand Prix.

Both drivers will take grid penalties, although it is not yet confirmed just how far back they will be moved.

Speaking about why the team has made the surprise switch, Verstappen said: “Our C-spec cannot run at high altitude in Mexico and Brazil.

“We also knew since we took the C-spec on that we had to take another B at one point. I think this is the best place to do it. Also to have a few more spare parts in case something breaks.”

The thinner air at the high altitude races means that the turbo has to work harder for power output – and that can put increased stress on the MGU-H.

With Renault having suffered a spate of failures last year in Mexico – even though Verstappen won – the reliability risks of the Spec C would have been increased.

Verstappen said that the Spec C has delivered a good step in performance in qualifying, but was still lacking it how it matched up in races.

“The C-spec has a bit more power in qualifying but it's the same or maybe a little bit slower in the race,” he added. "The recovery is not as good.

“But it's all about qualifying so you would always want to take another tenth or one and a half tenth if the engine gives it to you. That's why we decided to take the C-spec.”