Max Verstappen says Red Bull will need to lift its game in Formula 1 over the next 18 months if he is not going to be tempted to join rival teams when his current contract ends. 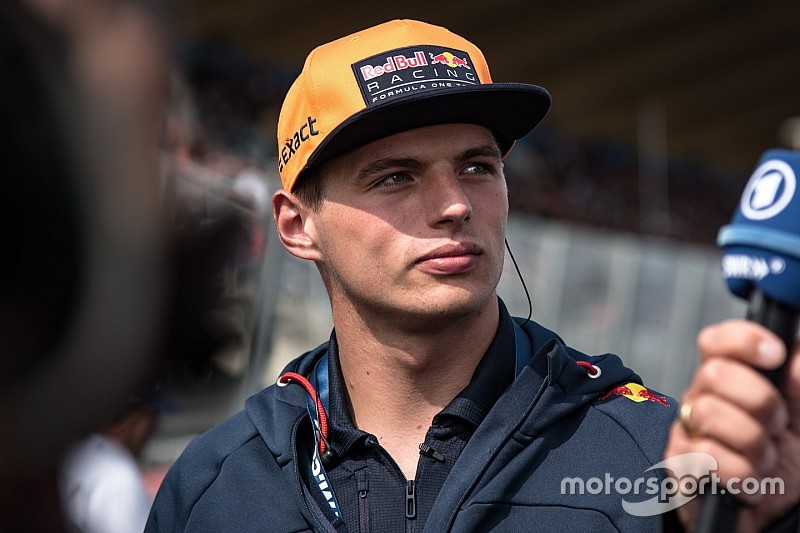 The Dutchman has endured an often frustrating campaign with Red Bull this year, with good results having slipped through his grasp through incident and reliability problems.

But despite Verstappen's season having fallen short of his high expectations, team boss Christian Horner said recently that the youngster would not be lured away by the prospect of more competitive machinery at Ferrari and Mercedes.

Red Bull has Verstappen under contract until the end of 2019, although it is not clear if there are performance-related options that would allow him to leave earlier.

Speaking at last weekend's Zandvoort DTM race, Verstappen has said that his commitment to Red Bull long term depends entirely on how competitive its car is, as he made it clear its current form was not what he expected from the team.

"I've always said that there's no reason to leave when I have a competitive car," said Verstappen.

"At the moment we are not there where I want to be, but that doesn't mean you have to give up straight away. You have to work hard.

"But after two, three years without improving, that would be a different story. We are working hard to improve but after next year we will see what happens in the future."

Verstappen is aware that Red Bull's form this year has not been helped by Renault still having a small power deficit to Ferrari and Mercedes, which is why he thinks it hard to predict how his team will go at high-speed venues like Spa and Monza.

"Every race weekend is a bit different and that surprises me to be honest," he said. "On tracks with not too many straights, we are reasonably close, around three tenths more or less.

"When there's a few straights then we are a bit further away, so I don't know what to expect for the upcoming races. It will be quite tough to compete against them.

"Between Ferrari and Mercedes: it changes every weekend. I expect Mercedes to be very strong at Spa, because in general their power unit is still the best in the field. But it's very close."

Not much more from Renault

Verstappen says that key to Red Bull moving forward over the remainder of this year will be down to chassis improvements – with Renault not planning any major update.

"For sure we keep developing, but every team does," he said. "So we have to make sure we do it a bit faster and of course better.

"On the engine side there's not much coming compared to the other teams, so we have to make sure our car is going in the right direction."