The Dutchman has not had the smoothest of weekends, as Red Bull has been battling ongoing problems with his rear wing up until qualifying.

But he remained hopeful that he could pull something special out of the bag to put him at the front of the grid for Sunday's race in Qatar.

Verstappen got within 0.095 seconds of Hamilton on the soft tyres runs in Q1, but could not extract more to overhaul his rival later on.

Hamilton was in a class of his own in the final Q3 session, ending up 0.455 seconds clear at the top of the timesheets.

With Red Bull's Sergio Perez having been dumped out of qualifying in a tight Q2, despite a switch to soft tyres for a final run, Verstappen conceded that the situation was not ideal.

"I think we are just lacking a bit of pace," he explained. "I think it's been just a bit more tricky for us.

"In qualifying, you could already clearly see Checo is not even in Q3. So it just shows that we are definitely struggling a bit more than normal.

"But nevertheless, I mean, still second, so it's all to play for of course. But I wish we could have fought for more." 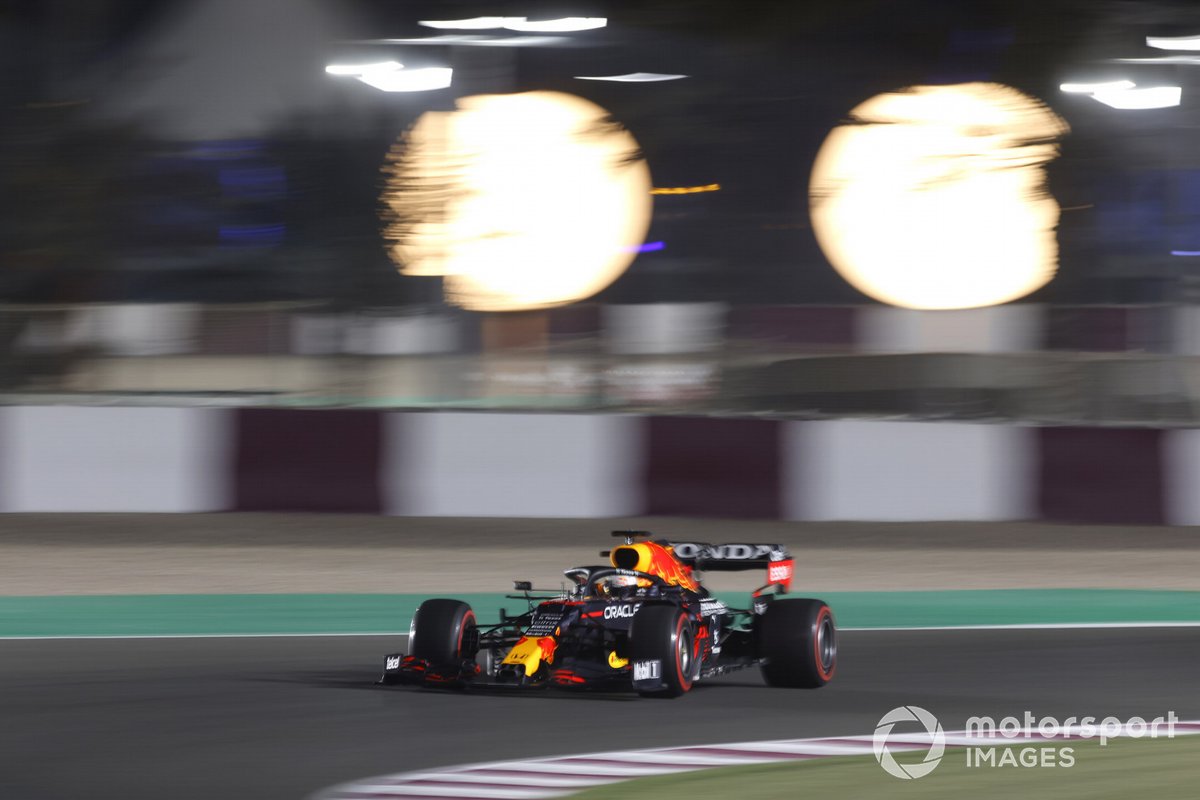 The high-speed nature of the Qatar track, and its lack of heavy braking zones, means that there are few overtaking opportunities, and matters will not be helped by likely low levels of degradation in the race.

But while some think that the grand prix will be decided by the run to the first corner, Verstappen was still keeping an open mind about potential opportunities.

"It always difficult to say because we've never really done a race here, so there's a lot of unknowns," he said. "But I don't really think about these things too much. We just need to work on our start, and then see where we end up."

Verstappen currently holds a 14-point advantage over Hamilton in the title standings with three races remaining.