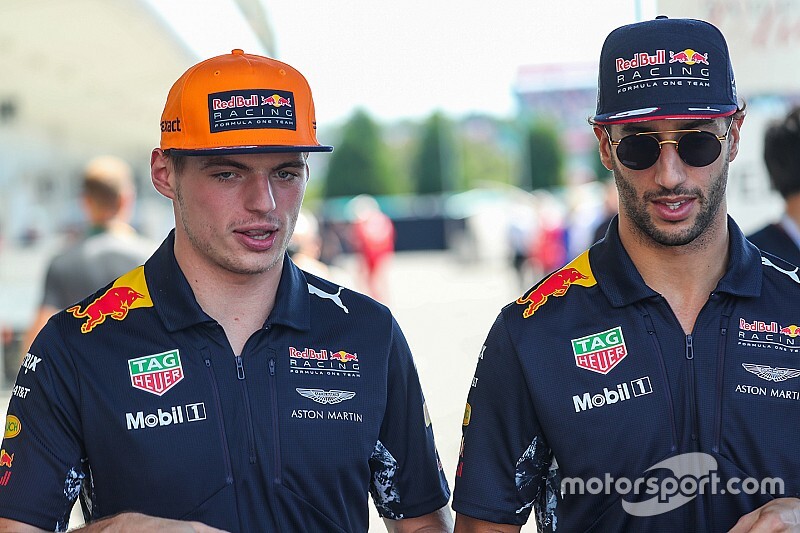 Max Verstappen says the ideal teammate for him in Formula 1 is one who can push him to greater heights like Daniel Ricciardo did.

Although the Dutchman has stepped up to a new level this year as Red Bull’s de facto team leader alongside less experienced teammates, he admits that the best scenario for him remains having someone very strong in the other car.

Speaking to Motorsport.com at a Tag Heuer event in Amsterdam about teammate preferences, Verstappen said that the perfect scenario for him was when he was with Ricciardo.

“[I want] someone who can be in the fight and push me to greater heights as well,” said Verstappen, who was teammate to Ricciardo from early 2016 to the end of last year.

“I think I had that ideal situation with Daniel. When I joined the team, I was of course more of a rookie and he was already there for a few years. Then you can learn and build up nicely, but at a certain point it also became more difficult for him, because we were very close together the whole time.”

While the rivalry with a strong teammate is more intense, Verstappen says it is a better for a team as it allows it to make more rapid progress with the car.

“In the end this is also very important for the team,” he added. “You also want someone who works in the same direction in terms of setup and wants the same things from the car. Then you can also develop the car much better.

“Then you can put the cars on different programs on a Friday, if you can rely on both drivers to get the right information. These things are very important for me, but also for the team.”

Asked what his thoughts were on the progress of new teammate Alex Albon, Verstappen said: “I think it's getting better. Of course this is his first year in Formula 1 so you can't expect of him that everything goes great straight away, also in terms of feedback and stuff. But so far it’s all going well.”

Verstappen’s own contract with Red Bull runs until the end of 2020, and the team’s chances of retaining him will depend on the amount of progress it can make next year.

But with ongoing uncertainty about what regulations are coming for 2021, Verstappen says that thoughts of his long-term future need to be put on hold for now.

Asked how long he will be at Red Bull, he said: “Difficult question. I don't know that either.

“Of course, I still have a contract for next year, and after that there are also new regulations, which haven’t been signed off yet. So actually everybody is dealing with that question of what they are going to do. So I think I'm not the only one in that respect."

He added: “Everybody wants to win, in the end, so you always want to drive for the fastest team. But I believe that we [Red Bull] can be there again as a team.

"Of course they have already won four [championships], in a row, and we just started a new partnership with Honda and that just takes some time. That's why the goal should be next year. Then we really have to show it. And then we'll see what happens next.” 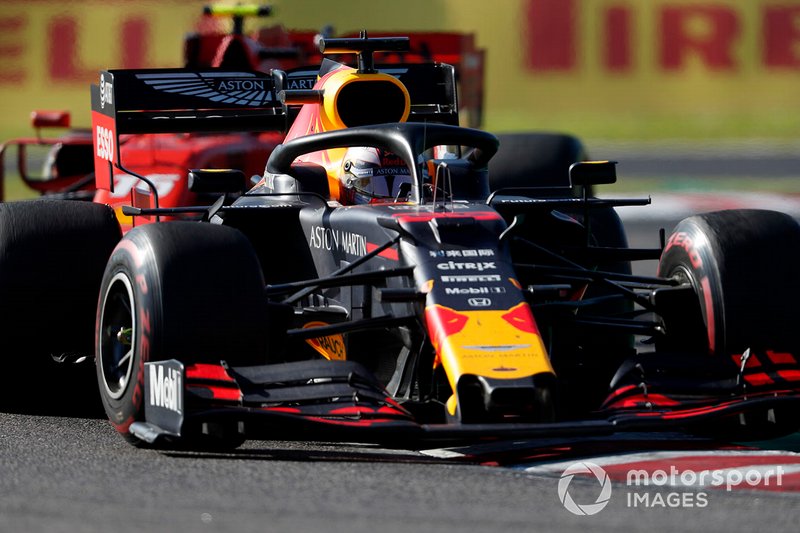 Vasseur believes race pace will be "easier to find" for Alfa