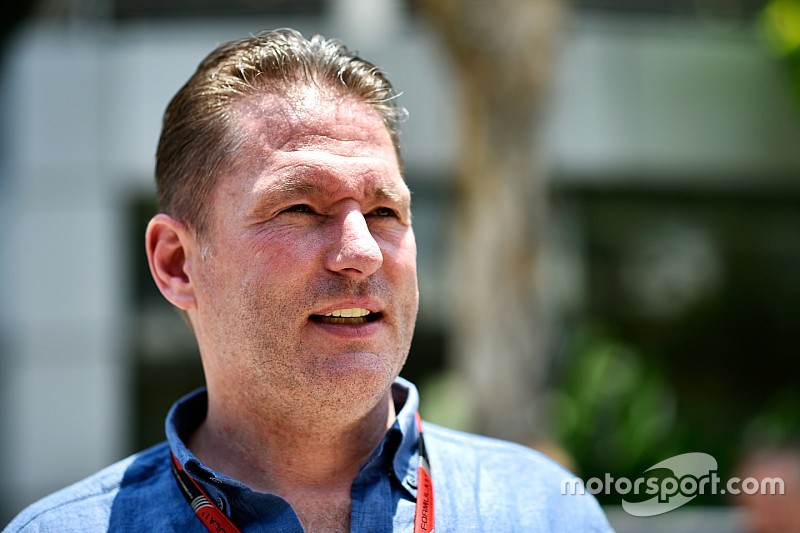 Jos Verstappen has aborted a plan to race in the 24 Hours of Le Mans next year because of the event's clash with the European Grand Prix at Baku.

The Dutchman had been hoping to compete in the LMP2 class alongside compatriots Jan Lammers and Frits van Eerd, whose supermarket company Jumbo sponsors Max Verstappen.

But with the recent revised F1 calendar putting Baku on the same weekend as Le Mans, Jos Verstappen has pulled out of the Le Mans plans because he does not want to miss any of his son's races.

“When I found out that Le Mans was on the same weekend as Baku, I had some problems with this so I cancelled,” Verstappen told Motorsport.com.

“I prefer being at F1 races. It is not that I do a lot all the time, but sometimes I think Max needs some help and I think Max's career is more important than mine – because mine is not there. I prefer Max's career which is why I decided to do that.”

Verstappen believes the input he can give his son his enjoyment of seeing the Toro Rosso driver perform means that being at F1 races with him is much more important, which is why he cannot miss even a single event for now.

“There will come in the future a time when I miss one, but at the moment it is a lot of little things where I help Max,” he said.

“If Max has a race in Baku like he did in Austin [with a fourth-placed finish], then I would be really annoyed [to miss it]. The circumstances with qualifying in the morning and the race itself, it is so fantastic and so exciting as well. I like it more than racing myself.”

Verstappen added that even if the 2016 Baku date shifts then, it will be too late to change his mind over Le Mans.

As such, he now hopes the French endurance classic does not clash with a Grand Prix in 2017.

“Probably it is too late to prepare myself now,” he said. “Not so much for me, but for Jan and Frits. It is also difficult, because there are only a certain numbers of cars available for 2017 as there are new rules in place.