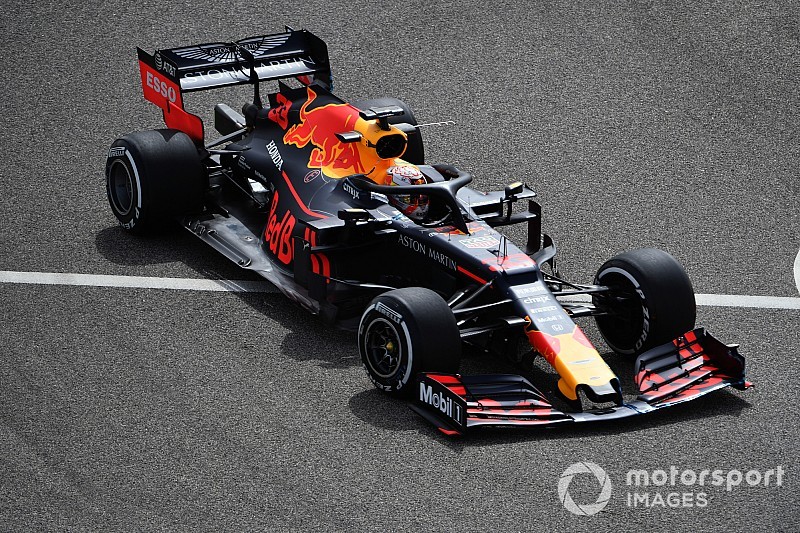 The first three hours of the test were held in mostly dry conditions, with the exception of one shower, and Romain Grosjean was quickest at that point.

However, persistent rain after midday threatened to turn the rest of Tuesday into a washout.

With teams not nominating wet or intermediate tyres for the test they had no option but to wait for the weather to turn, with valuable hours passing by.

Eventually, conditions improved late in the afternoon to allow little over an hour of dry running at the end of the day.

Schumacher, the son of seven-time Formula 1 world champion Michael, was quick to hit the track once it finally dried.

The Formula 2 rookie, making his F1 test debut, had only managed 33 laps before rain halted Ferrari’s programme earlier in the day.

However, he was at least able to add another 21 laps to his tally at the end, as well as rise from eighth in the order to second using the softest of Pirelli’s five compounds.

Schumacher’s best time, a 1m29.976s, was half a second slower than Verstappen, whose own improvement – a 1m29.379s on the middle compound – after the rain beat Grosjean’s benchmark by 1.6s.

McLaren driver Lando Norris took over from teammate Carlos Sainz Jr for the second half of the day but only got 17 laps thanks to the weather.

Using C3s like Verstappen, he was still able to join the Red Bull driver and Schumacher in leapfrogging Grosjean, setting a 1m30.800s to go third.

Grosjean ended the day fourth ahead of Toro Rosso’s Alex Albon, with neither driver improving on their early C3-tyre efforts before the rain.

Bahrain GP winner Lewis Hamilton completed more laps than any other driver (71) and set the sixth-best time in the Mercedes, also using the middle compound.

On Wednesday his car will be driven by George Russell, who ended Tuesday slowest for Williams.

Fernando Alonso’s first day behind the wheel of the 2019 McLaren comprised 50 laps of running as he got to work on Pirelli’s tyre development.

The two-time world champion will be back in action on Wednesday, but again on Pirelli duty.