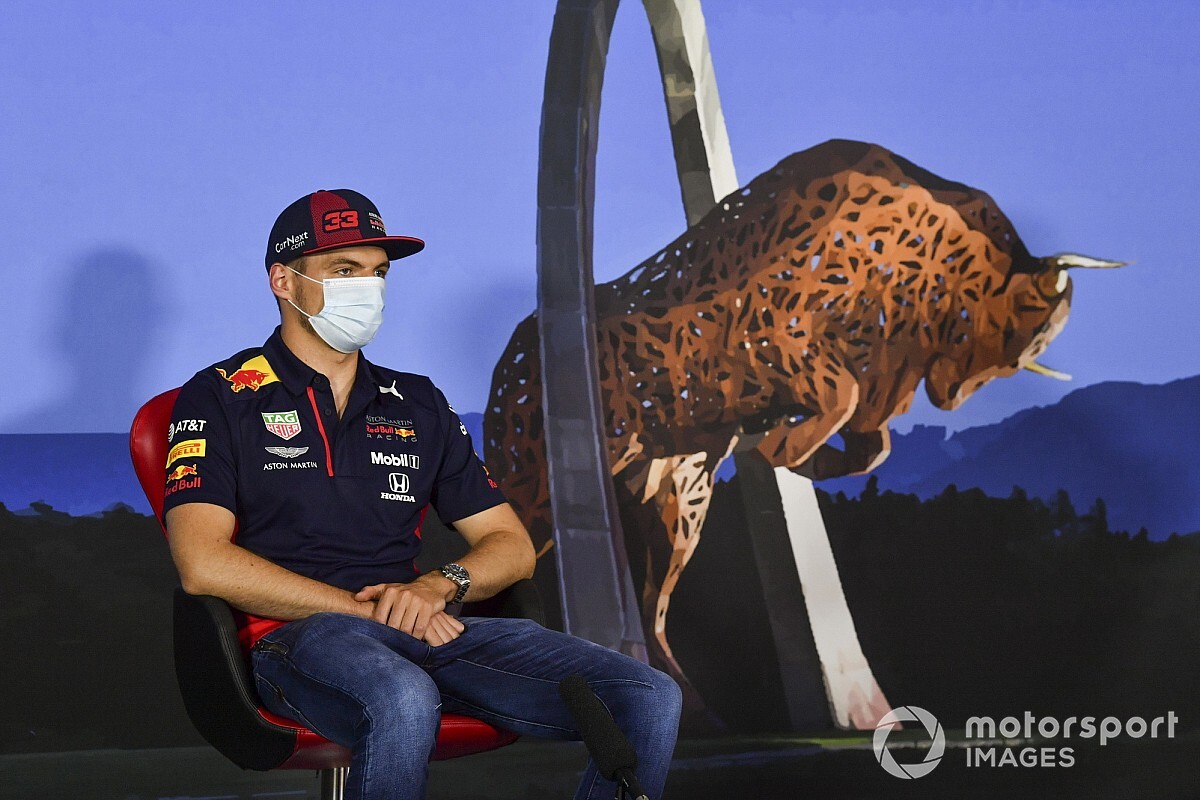 Max Verstappen says he missed out on Red Bull simulator days as well as driving a Formula 1 car during the coronavirus lockdown, thanks to travel restrictions in Europe.

The Dutchman, who lives in Monaco, says a combination of limits on leaving the Principality early on, allied to quarantine rule changes in the UK recently, left him preferring to stay at home.

Having elected not to take part in the filming day of Red Bull's 2020 car last week, Verstappen also couldn't do any simulator runs – confirming on Thursday he had done "zero days" at the team's facility.

"I couldn't, unless I would have gone into quarantine for two weeks," he said. "But I didn't think that was wise, especially with those busy weeks coming up right now. And in the end, I've been in the simulator often enough of course."

Asked about why he had not gone before the UK quarantine rules came in, he said: "Because we didn't know what was going to happen then - what track - so no. And of course we were in lockdown, so I couldn't get out of Monaco that easily."

Asked by Motorsport.com about whether the situation of no sim running and no filming day run had left him at a disadvantage compared to rivals, he said: "I don't think it will make a big difference. It's of course always nice, but for me, you know, this two week's quarantine, just for 50 kilometres in the car, I don't think it justifies it.

"I prefer to stay at home and have those two weeks, to train a bit more and just basically get here from your own home, instead of being already travelling for two weeks if you've already been living out of a bag."

He added: "I don't think it's going to be a big issue, I've been driving now for a few years. It's not a new track as well. We've driven the car in Barcelona.

"It is a bit of longer break than normal but when you jump on the bicycle even if you haven't been riding it for a year, you still know what to do it so I don't expect any big dramas."

Verstappen was able to conduct some track days during the break, however, but declined to elaborate on what he drove.

"These days have certainly been very useful," he said. "So I'm glad I was able to drive a little bit after all."