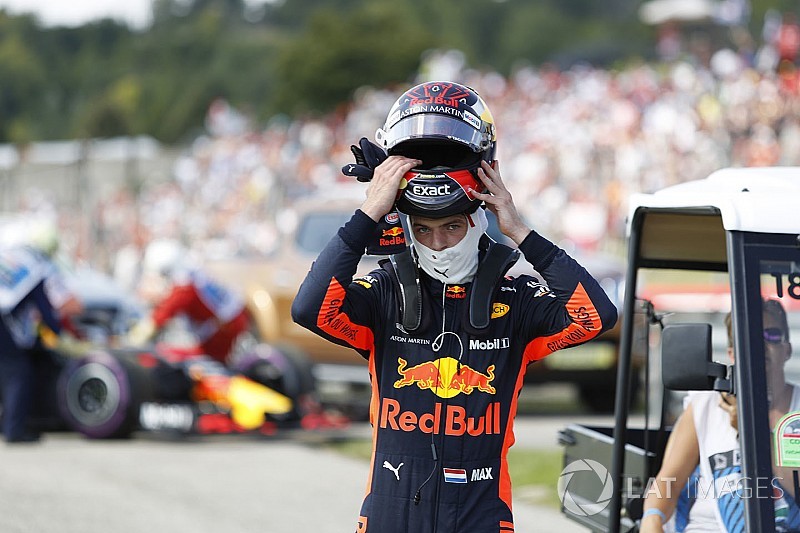 Red Bull driver Max Verstappen says the Renault Formula 1 engine's lack of reliability and performance is "difficult to accept", with the latest failure in Hungary having left him "very angry".

Verstappen had passed two cars at the start of the Hungarian Grand Prix to run fifth behind the Mercedes and Ferrari cars, but an MGU-K failure put him out of the race after five laps.

The issue compounded Red Bull's misery on what had been a difficult race weekend at one of its more favourable tracks – and Verstappen said after the race that both he and teammate Daniel Ricciardo, who finished fourth, deserved better.

"Honestly, it's just not at all how it should be," he told Sky Sports.

"You pay millions as a team for, you hope, a decent engine. But it keeps breaking down. We are also the slowest out there.

"Honestly at the moment, it's difficult to accept."

"I felt okay with the car," he said. "It's always difficult to say afterwards [what result was possible].

"At the end of the day, we could've been easily fifth, if nothing happened in front. Again, valuable points just thrown away."

Red Bull team boss Christian Horner, whose outfit is switching to Honda power units in 2019, said following Verstappen's retirement that Renault's engine was "some way below" what Red Bull was paying for.

Verstappen had been livid on team radio when the failure occurred, first suggesting that he runs the car until the engine "blows up", before screaming: "F**k! What a f**king joke all the f**king time with this s**t, honestly."

His rant was broadcast on the world feed, albeit heavily censored.

"I was very angry at the radio. I think there was a lot of beeping out there, which was a shame that they beeped it away, would've been better if they would've allowed it."

As he's already run three MGU-K components this year – one over the permitted allocation – Verstappen could face a grid penalty for the Belgian Grand Prix after the summer break.

But the Dutchman, who said he was heading into the break not "in a holiday mood", insisted this was not a major concern for him in the immediate aftermath of the race.

"Let's see what we have to do in Spa, if we have to take penalties or not, I don't know yet.

"But at the end, at the moment, I also don't really care."