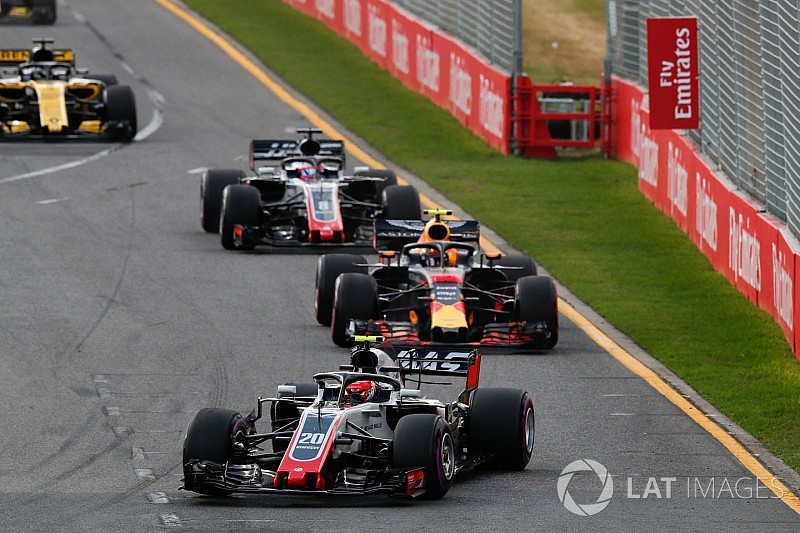 Red Bull Formula 1 driver Max Verstappen says he would have switched off the “completely worthless” Australian Grand Prix had he been watching it as a fan.

The Melbourne season opener had noticeably little in the way of not only completed overtakes but any wheel-to-wheel battles, with only five passes taking place after the first lap.

A potential fight for victory fizzled out as Lewis Hamilton could not get close enough to challenge Sebastian Vettel, a theme common throughout the field as F1's heavy, high-downforce machines struggled to follow one another around the Albert Park circuit.

Asked what the grand prix would've been like for fans, the Dutchman answered bluntly: “Completely worthless. I would have turned off the TV.

“[It was] very boring. You do your best to try something, and I was in DRS range all the time, but there is nothing you can do.”

Verstappen spent almost the entire race stuck behind slower cars, after dropping behind the Haas of Kevin Magnussen at the start.

He followed Magnussen over the opening laps, but could not make a move and eventually suffered what he and the team reckoned was a damage-induced spin at Turn 1.

This demoted him behind the Renault of Nico Hulkenberg, who he also could not pass – and while he managed to eventually recover to sixth place after a pitstop and a safety car intervention, he then spent the final 27 laps unsuccessfully looking for a way past McLaren's Fernando Alonso.

His Red Bull teammate Daniel Ricciardo pulled off a spectacular Turn 13 move on Hulkenberg early in the race, but was then stuck behind first the Haas of Romain Grosjean and then Ferrari's Kimi Raikkonen.

Verstappen said: “[The Haas cars] were a second slower than the Ferraris. They were just lucky that they came in front of us.

“And here you can't overtake. Look at Hamilton and Vettel. And the same story with Alonso. They were also much slower, but you can’t pass them. You try, but it doesn’t make any difference.

“Even if you are one-and-a-half seconds faster, it’s still not possible to overtake.”

The FIA had anticipated overtaking would be difficult at Albert Park, and added a third DRS zone for the 2018 race, but Verstappen insisted this “won't help” resolve the issue going forward.

He stressed that he did not feel the circuit was a problem, saying: “It is more down to the cars, because there used to be no problem with overtaking.”