Verstappen vs Hamilton: A glimpse into future battles? 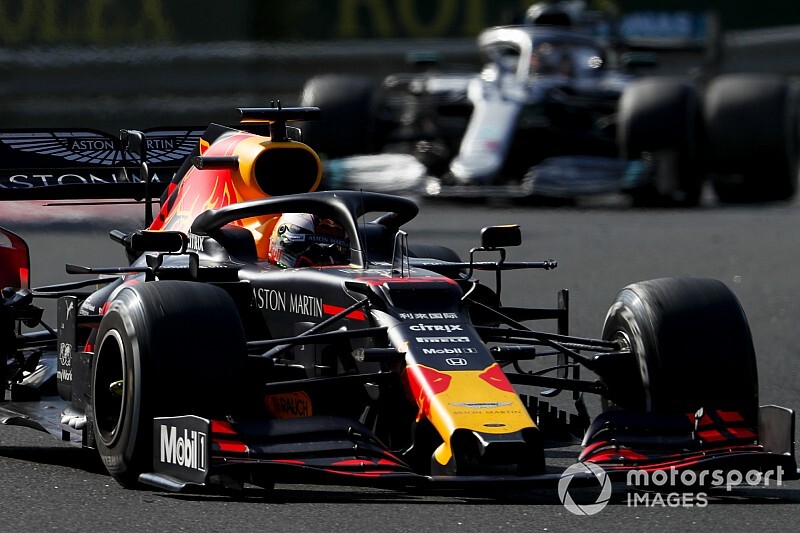 The race for the Hungarian Grand Prix win was between two of Formula 1's 'in-form' drivers but, with the pair rarely racing each other for the win, was this be the first taster into their future battles?

There has been plenty of speculation surrounding Max Verstappen's future; the Dutchman is contracted to Red Bull until the end of 2020, but it is widely believed that there are clauses in his deal which might allow an early exit.

The exact details of the clauses are not known, and Red Bull's Christian Horner says he isn't worried by the contract situation, but this hasn't prevented thoughts that Mercedes could make a move for Verstappen as a replacement for Valtteri Bottas next season.

Almost right on cue, the Hungarian Grand Prix served up an exclusive Hamilton vs Verstappen race where no other driver was in contention for win.

Whilst the race was eventually decided with the help of smart thinking by the Mercedes team, most of the event was run with the two drivers trying to extract the most out of their cars.

The peak of this battle came after the first pit stops when Hamilton, on tyres a few laps fresher than Verstappen's, swiftly closed a six second gap in around four laps to challenge for first place.

Having tried a 'switch back' in turn one, Hamilton tried the same thing again in turn two, only to be denied by a well-placed Verstappen. The battle continued towards turn four, with Hamilton having no option but to try around the outside of the corner, which resulted in the Mercedes running off the track.

Clearly, Verstappen was going to be tough to beat, and Mercedes duly took the decision to switch strategy and try a two-stop strategy, which was executed with conviction by Hamilton, who took the lead of the race with three laps to go.

The Hungaroring certainly provided a taster of future Verstappen vs Hamilton contests, but what did you make of their battle in Budapest?

In the latest episode of the Autosport Podcast, Stuart Codling, Scott Mitchell and Edd Straw go through all the main talking points from Hungarian Grand Prix. Click the links below to have a listen, then leave your thoughts in the comments section.

Why F1's floor change could lead to unintended consequences