Verstappen had pace to win the race - Horner 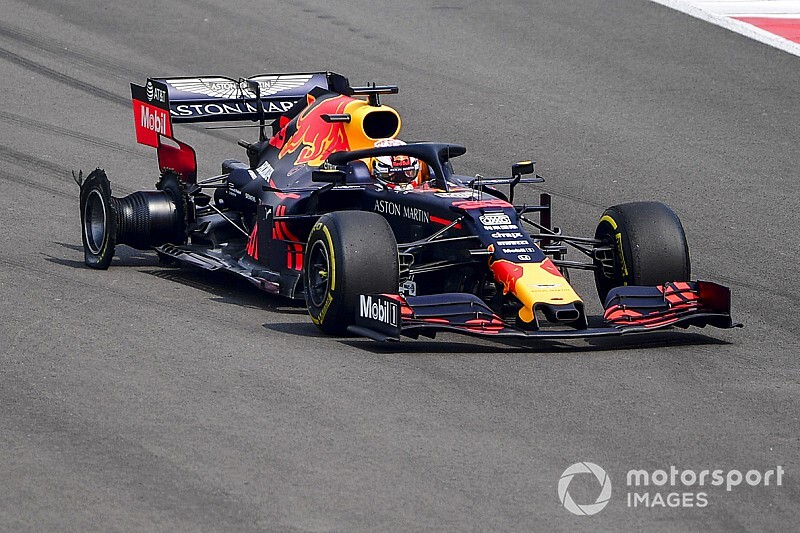 Verstappen had qualified on pole position for the Mexican Grand Prix before he was dropped three places on the grid for failing to slow for yellow flags in the last sector of the lap, when his first lap in Q3 had also been good enough for pole.

In the race, Verstappen managed to keep his hopes alive after an oversteering Lewis Hamilton careered towards him at Turn 2 and the pair had to take to the grass.

While fighting for seventh, Verstappen dived down the inside at the entrance to the stadium complex and passed a surprised Bottas, but when the latter turned into the left hander he couldn't avoid clipping Verstappen's right rear which caused a puncture.

Verstappen then fitted the harder tyre and went over 60 laps on that set, matching the pace of the leaders.

"It's frustrating," said Horner. "Even with the penalty after pole, he [Verstappen] was racing hard with Lewis, they both got wide at Turn 2 and he had to take avoiding action, lost a lot of ground but even then it was game on.

"It was really the puncture with Valtteri that screwed his race.

"You can see his pace, at that point when he came out he was two seconds quicker than the leaders at that early stage of the race so I think it would have been quite a straightforward race from there.

"I think we had a car that was capable of winning the race today."

Horner said that losing pole in Mexico was not as important as at some other tracks owing to the tow cars get into Turn 1, and that the puncture was the far more costly setback for Verstappen.

"I think here even starting on pole with the speed of the Ferraris it would have been very hard to be first into the first corner," Horner added.

"I think there was a feeling going into the race that being on the second row isn't a bad thing if you can pick up the tow.

"We saw with Daniel last year go from first to third by the time he got to the first corner.

"It was frustrating to lose the pole position but it wasn't the end of the world and we still had a car good enough to win the race.

"I think the thing that really screwed the race for us today was the puncture."

Verstappen said that he believed that Bottas had seen him late and that's why the pair had clashed.

"The [Bottas] corner is really wide, so you can easily go in [two-wide]," said Verstappen. "When I pulled alongside I saw he was already turning in, so I think he saw me really late."