Sebastian Vettel coyly avoided questions about his Canadian Grand Prix penalty and his Ferrari Formula 1 team's Friday hearing in France, as he reiterated his belief he did nothing wrong. 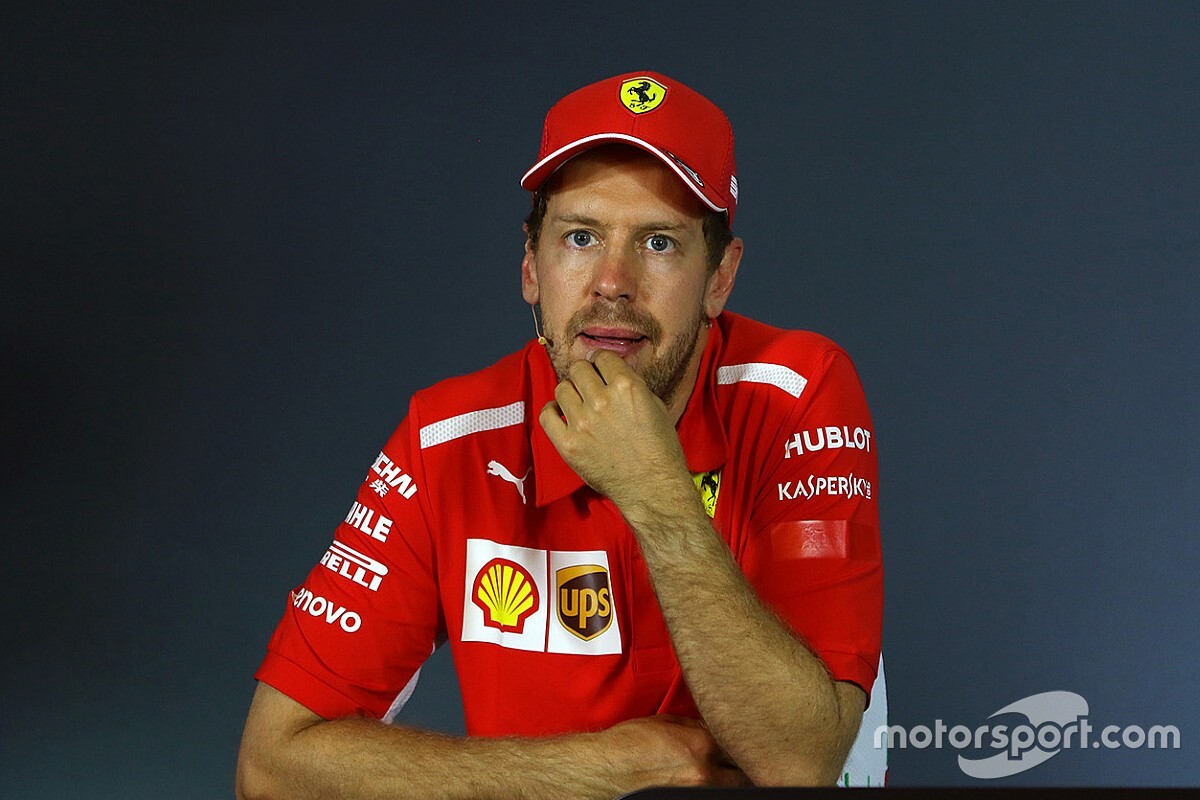 Ferrari has been summoned to the stewards tomorrow at Paul Ricard to discuss its request for a review of the incident where Vettel ran across the grass in Montreal and rejoined just as Lewis Hamilton tried to pass him for the lead.

The team wants the stewards to revisit the incident, which led to a five-second penalty that cost Vettel the win, and ahead of the French Grand Prix Vettel faced multiple direct questions about what happened in Canada and the stewards' hearing.

"First of all it [the review] is to open the case again and have another look," said Vettel. "I think we bring some information that maybe the stewards didn't have at the time, and we'll see what happens."

Asked if he was confident about getting the win back, Vettel replied: "I don't know, but I still have the same view as I had two weeks ago. So we will see what happens."

Vettel did not offer substantial responses when asked about the support he had received from several world champions and current F1 drivers in the wake of the penalty, or about Nico Rosberg's criticism of his mistakes.

When asked what happened to the promise drivers received from the FIA about being allowed to race more freely, Vettel said: "I don't know. Honest answer."

Ferrari is expected to present GPS data and Vettel's own testimony among the new evidence it needs to convince the stewards to look at the incident again, and potentially overturn the decision.

But asked if Ferrari had a key piece of evidence to do that, Vettel simply said: "Ask the team."

While Vettel was unwilling to discuss the topic of the review, he did revisit elements of the incident itself.

He explained that he partially applied the throttle while off-track to stabilise the rear of the car over the grass, and dismissed the difference in his braking point from the lap before because of the impact fuel-saving and lift-and-coast has on such metrics.

Pushed on the significance of another error, albeit one that did not occur in wheel-to-wheel combat with Hamilton, Vettel argued that Hamilton made his own mistakes during their battle.

"So, you can argue I did the mistake at the wrong place in the track," said Vettel. "If I had done it at the hairpin for example, [I would have] just lost a bit of time."

A review will be the first time Vettel has been able to state his case to the stewards because the decision was made in-race and without individual testimony.

Asked by Motorsport.com if he felt that was valid, Vettel said: "I don't think you can answer that question. Yes and no, it depends.

"If you speed in the pitlane, then do you really need to go to the stewards and have a look again? I don't think so. You know what I mean. It depends on the case."