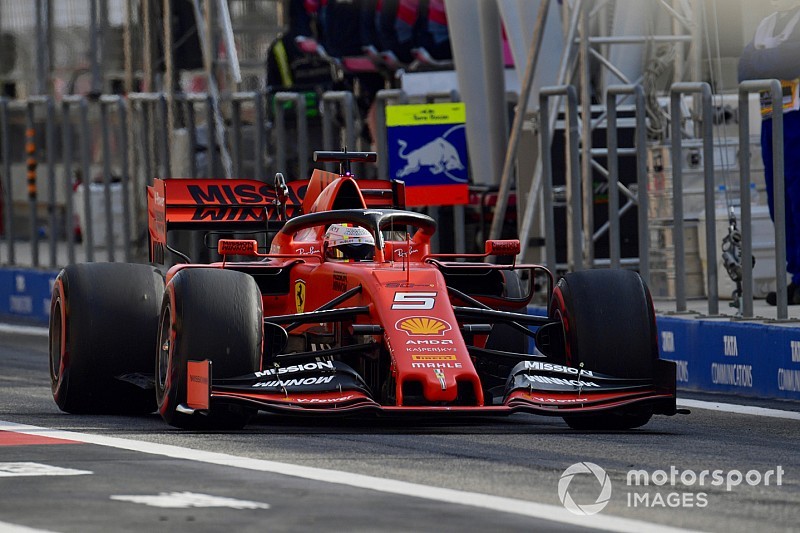 Sebastian Vettel has been cleared by the Bahrain Grand Prix stewards after being investigated for driving too slowly on an in-lap during Formula 1 qualifying.

Vettel was summoned to the stewards to review a possible rules breach during the first qualifying segment.

The stewards looked at Vettel’s failure to stay below the maximum time between the safety car lines, as required by the race director’s notes ahead of the Bahrain GP.

Vettel claimed that the problem was caused by him heavily flat-spotting both front tyres under braking for Turn 1 on a flying lap.

He aborted the lap but said the car was “experiencing severe vibrations”, which the stewards said was proven by telemetry Ferrari tabled as evidence.

As a result of these vibrations, Vettel was unable to maintain the speed required to drive quickly enough on his in-lap.

The stewards have decided to take no further action, which means Vettel will line up second on the grid in Bahrain, behind Ferrari teammate Charles Leclerc.