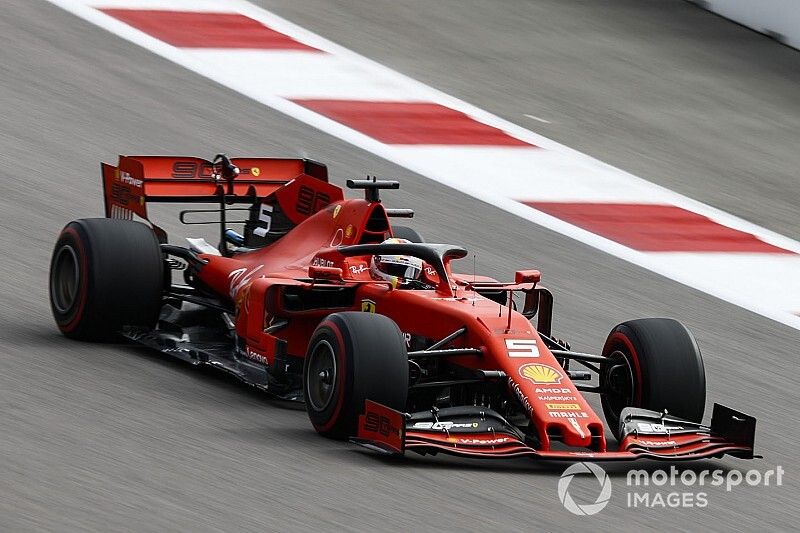 Sebastian Vettel has given an insight into the recent resurgence of the Ferrari Formula 1 team, by explaining that a general increased level of grip has allowed the team more freedom with set-up.

Every track is regarded by teams as front or rear limited for tyres, a characteristic determined by the corner layout.

Vettel says that Ferrari is now better able to balance the car and better explore those limits, and that the aero package introduced in Singapore was a significant step.

That contributed to Ferrari’s one-two at the high downforce Singapore track, which came on the back of wins at Spa and Monza, where the red cars were expected to be strong.

“We’ve generally understood which way to go,” said Vettel. “One, we were able to react with set-up. Two, I think the package we had in Singapore was going in the right direction, so giving us more downforce, more grip overall.

“Being able to, then with the set-up also, be a bit more free, and tackle the limiting axle, whether it was at the front at some races, the rear at other races.

“I hope that going from here, the improvements we made in Singapore keep on giving us more freedom to explore the set-up, so that we can challenge the limiting axle, which, some races it was the front, other races it was the rear.

“But I think what we need to find more is more grip in the car so we have more freedom to play with the set-up and go in the direction that is necessary for whatever track and requirements.”

Vettel admits that the team had got a bit “lost” around the time of the Hungarian GP, where the team finished a minute behind the winner.

“If we go back, Hungary we were not very competitive, but the feeling in the car was good on the run to the summer break. I think we understood in terms of set-up as well. We tried a lot of things before and got a bit lost, but I think it’s fair, I wanted to try.”

Although Vettel conceded that Singapore was a confidence boost for the team, he reckoned it had not transformed Ferrari into a victory contender at all venues.

“Certainly it gave us a lot of confidence, because Singapore was not expected to be that strong. The new parts worked really well, and seemed to give us an edge.

"Hopefully we can come here [Sochi] and be equally strong in terms of fighting for pole and in the race as well. I definitely believe that there is still things we can and must do better, but it was a good step.

“I think overall it’s definitely heading in the right directions. But it would be wrong to think now that we’ve won on two different types of tracks, we can win everywhere.

“I think it’s still Mercedes that has been in a position to win every race in a way this year, so they are the ones to beat, the benchmark, so that’s where we want to be and ideally we want to be ahead of that and not just there.

“So still a lots of work in front of us but it also shows that if things are going in the right way it doesn’t take a lot to click.”